The Savior For Sale: The Story of Salvator Mundi (2020) Sheffield Doc Festival 2021

Controversy has long surrounded this emotive work of art purportedly by Leonardo da Vinci. Like a beautiful woman, many men have struggled to win her and have succeeded, but then been deceived or outwitted. But the ‘Salvator Mundi’ represents more than just a depiction of Christ, it has a deeper resonance thanks to its title: ‘Saviour of the World’ capturing the zeitgeist of our fragile planet, that resonates beyond Christendom.

Best known in France for his TV outings: ‘Magda Goebels, First Lady of the Third Reich’ (2017) and ‘The President and the Dictator: Sarkozy-Kadafi’ (2015), journalist, writer and director Antoine Vitkine explores the painting’s eventful journey from discovery to oblivion so exposing the vagaries of the international art market. This is a lushly mounted sinuously-scored thriller, its twists and turns revealing some of the most powerful players in the art world, and those making money out of them. It’s a tale of backbiting, greed and hype that shows how leverage from a handful of key players can transform a virtually valueless piece to a painting commanding millions the following day in the hurly burly of market credibility.

From the opening scenes The Savior For Sale bristles with intrigue and skulduggery transporting us into the hushed homes and yachts of the super-rich from Paris to New York, London to Monaco. A masterpiece in investigative journalism the film’s cut and thrust only adds to its allure, showing how the ‘Salvator’s’ attribution to the legendary old Italian master would see its value rise to stellar heights, becoming “the most expensive – and coveted – painting in the world”.

Modest yet deeply resonant its depiction of a serene Christ – not unlike that of the Mona Lisa – the painting’s route to success comes courtesy of a fascinating group of protagonists whose roll-call plays out like a game of Cluedo. There is “The Expert” Martin Kemp; “The Dealer” Warren Adelson; “The Journalist” Scott Reyburn; “The Oligarch” Dmitri Rybolovlev and his Swiss right-hand man Yves Bouvier. Belgian art specialist Chris Deacon also makes his case, and soon the Saudis wade in with their billions. The aim is to prove that Leornardo was the painter, not simply his studio, and there’s a great deal to be gained – and lost – financially in the process. MT 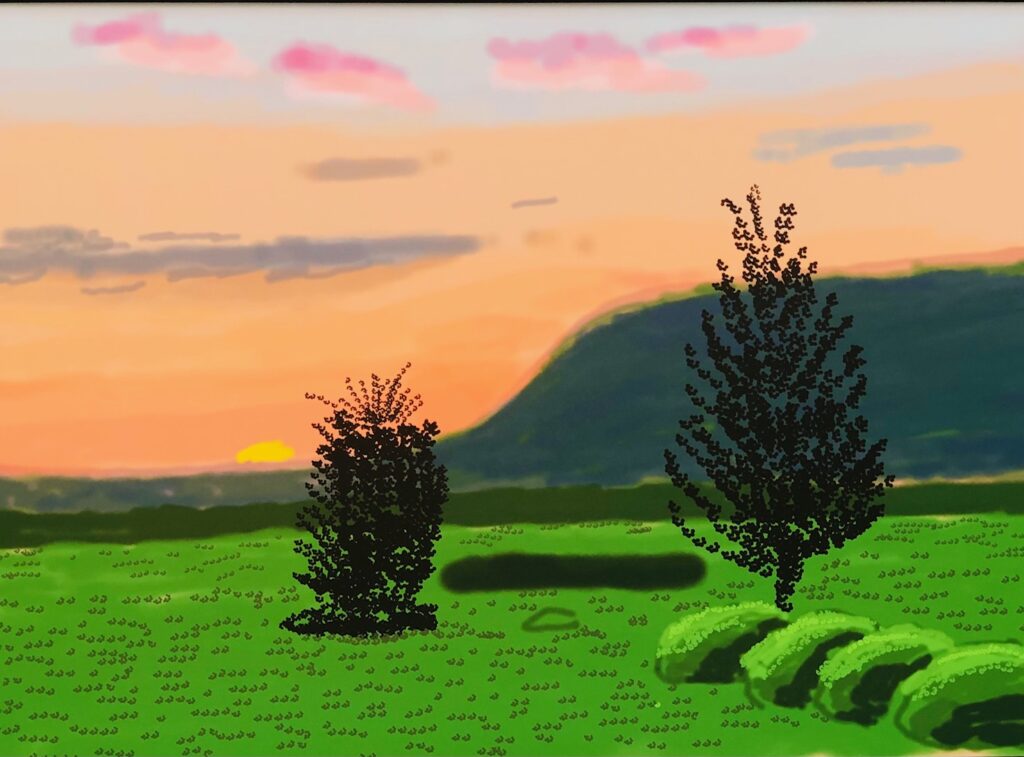 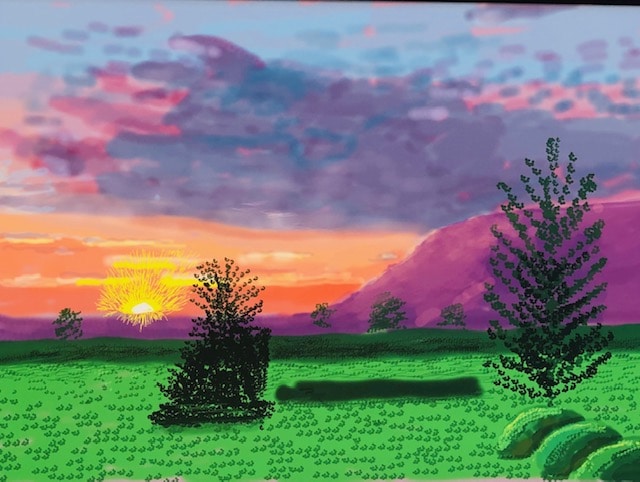 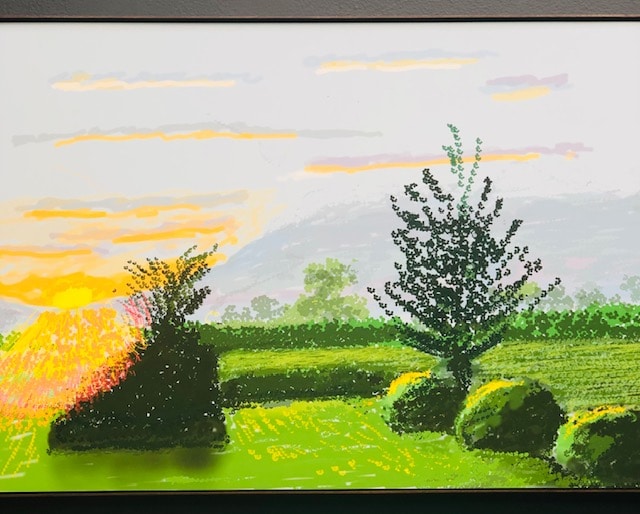 Van Gogh was one of the most influential and prolific artists of the 19th Century so it seems reasonable that another biopic should be dedicated to him, this time looking at his influence in Japan.

David Bickerstaff once again directs with a similar format to Van Gogh, A New Way of Seeing using the artist’s personal letters from close friends and his brother Theo to reveal Van Gogh’s deep connection to Japanese visual culture, and its importance in understanding his most iconic works.

Although the Dutch artist never infact visited to Japan, his work had a profound impact on his contemporaries there including calligrapher Tomoko Kawao and performance artist Tatsumi Orimoto, and film provides a modern perspective on the rich, symbiotic relationship between Van Gogh and Japan.

Dramas such as At Eternity’s Gate and Loving Vincent have helped to flesh out what the Dutch artist was like as a man. Van Gogh & Japan shows how the European avant-garde went hand in hand with Japan art in the 19th century, and how artists such as Hokusai, Utagawa Kinuyoshi and Hiroshige captured the imagination of those painters who laid the foundations of modernism in Europe, on the other side of the world: Manet’s American friend Whistler was influenced by Japanese artwork in his painting Nocture: Blue and Gold – Old Battersea Bridge.

Bickerstaff films in the Van Gogh Museum in Amsterdam where there is perhaps the most direct example of how Van Gogh was influenced by Hiroshige’s prints, The Residence with Plum Trees at Kameido, 1857; and he went on to paint his own version in 1887, Flowering Plum Orchard (after Hiroshige).

As the Edo period came to an end in 1860s and Japan opened up to the West, Paris became awash with all things Japanese in the form of decorative objects and colourful woodcut prints called ‘ukiyo-e’. This was known as ‘Japonisme’. And whilst Van Gogh was not tempted to visit, he became fascinated with elements of Japanese visual culture and studied Japanese works carefully, learning from their compositional fluidity of line. He also acquired a large quantity of Japanese prints which he tried to sell without success, although they did provide a great source of inspiration. Van Gogh always brought his own unique style to his paintings even when directly copying and duplicating the imagery of the Japanese originals. There’s a full-bloodied richness, a vibrancy that is often oppressive, violent even.
In 1888, Paris became too much for Vincent and he left for the South of France, in the pursuit of new subject matter and a healthier life. In Provence, he discovered a beautiful landscape, powerful light and exotic people which spoke to his idealised vision of Japan – his Japanese dream. The productive yet fraught years that followed produced some of the most unique works in Van Gogh’s oeuvre such as ​The Sunflowers​ and his series of iconic portraits.

Other later self-portraits further underline his own unsettled state of mind. Infact, the exhibition only goes to accentuate Van Gogh’s own alienation. The Buddhist calm is in contrast to his own desperation as he flails around unreconciled with his own life. He clearly sought emotional refuge in this Zen influence.

One of the final paintings, Rain at Auvers (from the Museum of Wales), completed just before he killed himself in 1890, is the saddest comparison between East and West, and was possibly inspired by Hiroshige’s Night Rain at Karasaki. But it feels more like an interpretation of Munch’s The Scream in its depiction of the dark desperation of man who has finally lost his way.

Although these influences fascinated him for a while, his own style was always prominent in his work, the sheer force of his personality producing a passion not only in his bold strokes but also in his striking colour palette with marks that made his work significant and highly personal. They vibrate with allure and transmit the strength of his charisma, whilst the Japanese works often feel tepid in comparison. Van Gogh pours his heart and soul into his work. And that is why it resonates with his admirers. MT

Heather Lenz’s captivating debut feature documentary is a portrait of Japanese painter, performance artist and film maker Yayoi Kusama, today the best-selling living female artist, whose long career was rescued from oblivion in the 1980s, when she shared the limelight with such luminaries as Jackson Pollack.

Yayoi Kusama was born Matsumoto, Japan in 1929. Her parents were respectable middle-class people whose torrid marriage was the troubled backcloth to Kusama’s early life. When still a young teenager, she was forced to work in a military factory, producing parachutes for Japanese soldiers. In 1948 she enrolled at the Kyoto School for Arts and Crafts, gaining success afterwards with her lively watercolours. Emigrating to New York in the late 1950s, she became famous for her room-sized installations such as Mirror/infinity (1963). This concept was a first for the New York art scene, but being a woman and a foreigner, she was literally written out of history: Andy Warhol and Claes Oldenburg exhibited work “very much unlike their past creations”, commented one art critic, implying that Kusama’s ideas had been “borrowed” by men, who dominated the galleries in the 60s and 70s when women artists could never hope to exhibit on their own, only in groups.

During the Vietnam War, Kusama staged many ‘happenings’, and nudity featured proudly. In 1966 she visited the Venice Biennale, which she ‘crashed’ with her installation of many hundred spheres on a ‘kinetic carpet’. But when the spheres went on sale for $4 each, she was evicted. In 1993 she would be the first Japanese artist at the 45th Biennale to have a solo show at the place she had ‘crashed’ in 1966.

Tension with her father gave way to difficulties with intimacy in adulthood. Her longest platonic relationship was with the artist Joseph Cornell, and lasted until to his death in 1972.  When Cornell and her were kissing in the garden of the house he shared with his mother, she would ambush their intimacy by pouring cold water over Kusama. Returning to Japan in 1973, her name in the annuals of her High School in Matsumoto was soon obliterated due of her “shameful” behaviour. Today, her permanent life sculptures still stand in front of the Matsumoto City Museum of Art, where she had last exhibited in 2005.

In 1977 Kusama checked into the Seiwa Hospital for the Mentally Ill – where she returned every night, having spend the day working in her studio. Sporting her ‘signature’ red Wig and Polk-Dot clothing in the studio, she works intensively to finish her intricate paintings in three days “because I am in the last phase of my life, and have to no time to lose”. Clearly her work is informed by her complex past.

Since 2001 Kusama has had eight major exhibitions all over the world; in 2017 “Yayoi Kusama Infinity Mirrors” opened at the Hirshhorn Museum in Washington DC and will travel to five major museums until the end of 2019. The exhibition celebrates her 65-year long career comprising six of her stunning “Infinity Mirror Rooms” and other key works of together with her latest series “My eternal Soul”.

Lenz captures the personality of this amazing artist who has triumphed over adversity. Today, Yayoi Kusama is serene, her colour schemes reflect optimism through vibrant primary colours. She is an incarnation of the phrase: “if it wasn’t for art, I would have killed myself long ago”.   AS