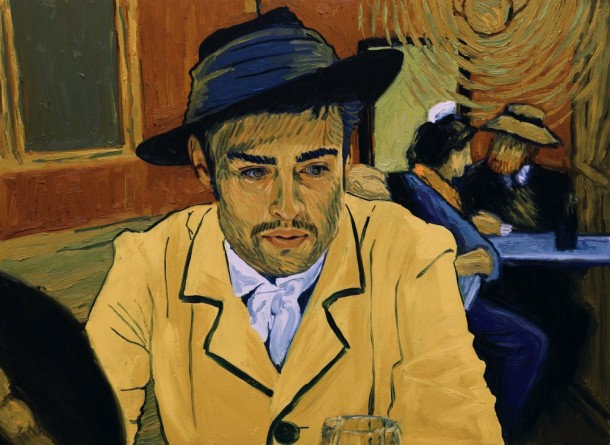 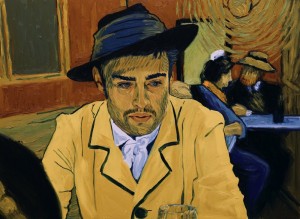 Seven years in the making LOVING VINCENT is a mini-masterpiece from directors Dorota Kobiela and Hugh Welchman. Each of the 65,000 frames is hand-painted in the style of Van Gogh’s own work, to explore the mystery behind his tragic death. The film makes a superb companion piece to Van Gogh: A New Way of Seeing that highlighted the close relationship between Vincent and his brother Theo, told through their extensive correspondence. Other films about the famous post-impressionist painter are Vincent & Theo and Maurice Pialat’s Van Gogh. But this animated biopic drama sheds light on the controversy surrounding Vincent’s fatal gunshot wound, suggesting the possibility of murder.

Despite his prolific output of 800 paintings in fewer that ten years, Van Gogh was only 37 when he ended his troubled life in July 1890, during his stay in the countryside boarding house of the Famille Revoux in Auvers-sur-Oise,  Northern France. Although the performances are entirely animated, it is possible to identify the actors playing their roles due to the astonishing likeness of their animated counterparts. LOVING VINCENT glows with a ravishing lucidity to create a story that feels intriguing, intimate and heartfelt in its gentle examination of the facts behind Van Gogh’s turbulent final months and his early childhood memories, revealing the painter’s sorrowful ‘sadness at not amounting to anything’. Van Gogh is played by Polish actor Robert Gulaczyk and the detective work is done by Douglas Booth’s slightly sleazy Armand Roulin, who as the postman’s son, is the least convincing element of this highly inventive and enjoyable exposé. MT