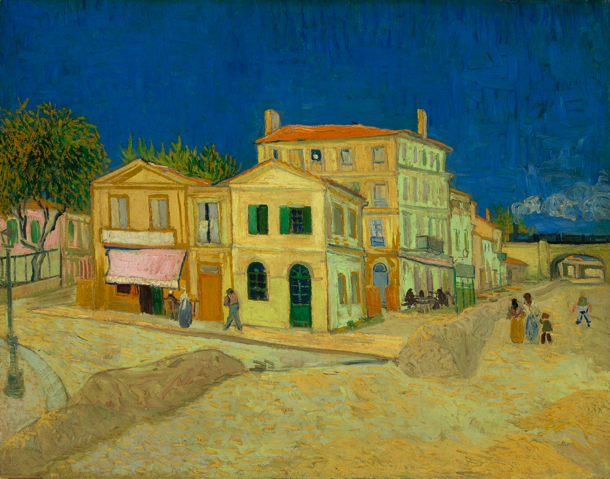 “Life is short and Art is long, we must wait patiently while trying to sell our skin decently” Vincent Van Gogh

In tribute to the 125th Anniversary of the artist’s death in 1890, the Van Gogh Museum in Amsterdam re-organised their extensive collection showcasing the eventful life of one of their most important National artists. These portraits are now on show in London’s Courthauld Gallery as a standalone show. Whereas the Dutch exhibition paired his masterpieces alongside those of his artist contemporaries with the intention of offering a deeper understand of Vincent Van Gogh’s life and work in the context of Post-Impressionism in late 19th Century. The Courthauld curators seek to dispel the notion that Van Gogh’s self-portraits were simply outpourings of raw emotion as the artist faced himself in the mirror. Van Gogh considered portraiture as one of the highest forms of art and his self-portraits were a vital testing ground for his abilities. Bringing together a representative group of these paintings at the Courtauld Gallery  aims to showcase Van Gogh’s artistic development and the ways in which he used self-portraiture to shape his style and his image.

Celebrating the artist’s life without sensation, or dumbing-down, the film of the Dutch exhibition is fascinating way to enjoy Van Gogh and the museum from the perspective of his real life and creative development. Previously shrouded in myth and misunderstanding, the painter’s ‘oeuvre’ is carefully unveiled by art experts, curators and historians. Senior Researcher Louis Van Tilborgh, is particularly insightful with his views on Van Gogh’s deep religious conviction and the protestant work ethic that drove him on to be one of the most prolific of artists, creating over 450 paintings in a ten year period, many of which are now considered masterpieces. Vincent Willem Van Gogh, his great grandson, shares family photos and the vast collection of letters, written between Vincent and his younger brother Theo, that are key in revealing his innermost thoughts, hopes and dreams throughout a short but productive life.

Directed by David Bickerstaff, a trained artist who also works as a professional actor. VAN GOGH is one of several ‘gallery’ films he has made focusing on art, including Girl with a Pearl Earring. The docudrama looks behind the brushwork of his paintings, watercolours and sketches and is fleshed out with vignettes (Jamie de Courcey plays Van Gogh) imagining his trauma and intimate feelings as he struggled to make sense of his life.

Even for those who are not particularly interested in his art, the film offers an affecting portrait of a creative life, showing how this ordinary man was born into a middle class family in 1893, gradually realising his desire to develop his skills at 27 after training at art dealer in The Hague, London and Paris. Unlike his brother Theo, who supported him financially for much of his life, Vincent was not cut out for the business world. His deep religious conviction led to him becoming a pastor and missionary in a poor mining community in Belgium where he connected with the locals through his sensitivity and emotional nature. He started to sketch the poverty of his surroundings as a means of relating his new life in Belgium to his brother Theo during their their close correspondence. But painting followed after five years of experimental sketching and watercolours. His first important work was The Potato Eaters (1885) during which he worked with the Barbizon group, a Realist art movement that ventured outdoors (with the benefit of paint in tubes) to reflect the lives of workers engaged on the land, coining the phrase painting ‘en plein air’.

But Van Gogh suffered from poor health due his emotional instability. Moving to Arles, in the belief that the climate would be benefical, his work was enriched by the dazzling colours and strong sunlight. Plans to form a collective of artists in Provence, where he shared a house with Gauguin for several months, failed when the couple fell out over ‘artistic differences’. Here Van Gogh produced some of his most important paintings: Starry Night, Sunflowers and The Bedroom in Arles. After only ten years of developing his craft, he died in 1890 from a self-inflicted gun shot wound. In his final summer in Auvers sur-Oise, he painted 80 pictures, the last being Tree Roots, an oil painting that seems to represent the tortuous tangle of feelings expressing his desire to find a way forward and connect with the world outside. His phrase “Life is short and Art is long, we must wait patiently while trying to sell our skin decently”, will certainly ring true with most creatives today.

VAN GOGH: A NEW WAY OF SEEING looks at the artist and his lesser known works. David Bickerstaff’s camera brings to life the artist’s vivid energy and his desperate struggle that every artist can understand and engage with. A slightly over-bearing soundtrack is the only distraction in this otherwise enjoyable and comprehensive piece of filmmaking. MT