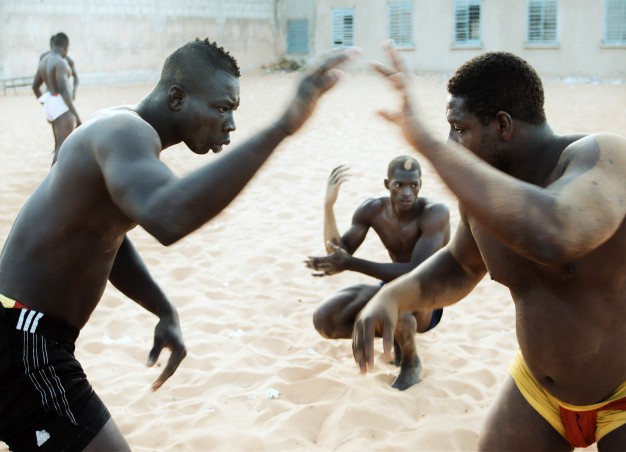 In UNTITLED seasoned documentarian Michael Glawogger fulfilled his final dream of freewheeling round the World for a year just photographing everything he saw, with his cameraman Attila and sound engineer Manuel Siebert. There was to be no narrative or theme, no formal structure, just pure freedom to see what happened, and this is the result – after Glawogger’s tragic death from malaria less than half way though the project – a final unfinished reverie of random footage was put together by his longterm collaborator Monika Willi, and accompanied by notes from his diary narrated by Fiona Shaw.

UNTITLED has a looser more poetic feel that his previous outings Workingman’s Death, Megacities and Whore’s Glory, spooling out with shades of Kirsten Johnson’s recent roundup Cameraperson. The crew travelled south from Austria through the Balkans to and on to West Africa where their ramblings are captured in silent musings and dynamic sequences that unfold in a nonlinear format gliding peripatetically north and south, east and west and not in chronological order. Animals, people and buildings get equal treatment as Boa’s camera often trails behind farmer’s trucks bearing sheep and cattle. In Dakar, coal black muscle bound bodies of Senegalese wrestlers gleam in the hazy sunshine of a dust-up; a vigorous massage on the hard stone floor of a Moroccan Hammam; a fur-coated woman roams through the dilapidated houses of Apice Vecchio in Campania, abandoned since 1962 on the verge of a threatened earthquake when the villagers moved across the valley. Kids and goats rifle through the fly-tipped waste in Erfoud in the Sahara desert and the war amputees’ sports club of Freetown play football on the beach in Liberia. In Kosovo a son and father climb through the structure of a unfinished housing block amid howling wind.

Wolfgang Mitterer’s score is more a patchwork of ambient sounds than formal composition as Monika Willi captures the essence of Glawogger’s previous strands and preoccupations: the injured, oppressed and desolate, particularly animals and children. His desire was for personal freedom and his envy of those who have no agenda but to stare from a window all day is palpable: “the death of freedom is to foresee every possible disaster and plan accordingly. Fear is a terrible companion.” His poignant ending in Harper Liberia seems to echo through all of these images. MT