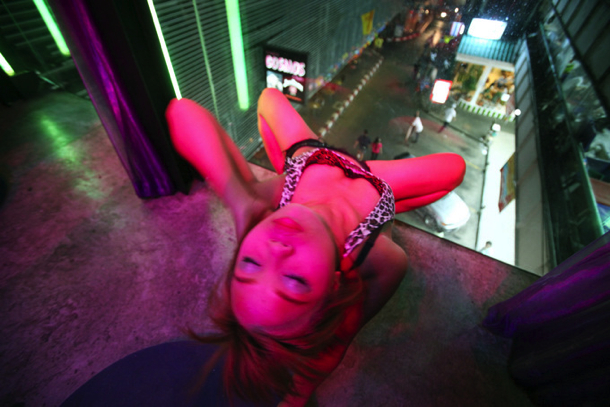 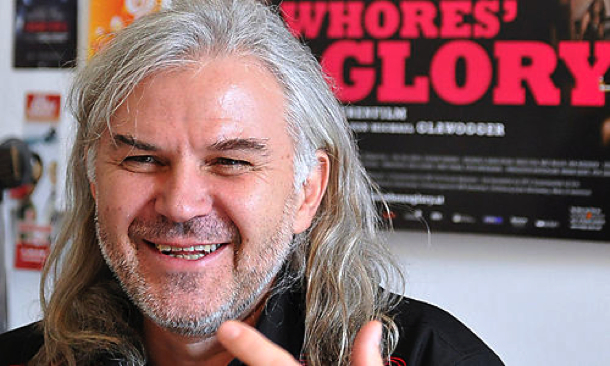 Austrian filmmaker Michael Glawogger died from malaria on 23 April 2014. He was 54. Known primarily for his documentaries, Glawogger was the subject of IndieLisboa’s ‘Independent Hero’ retrospective in 2006, and his film WHORES’ GLORY won the Feature Film Grand Prize at the 2012 edition. The film is a highly impressive and exceptionally shot documentary about three brothels situated in red light districts in Thailand, Bangladesh and Mexico: their employees, employers and clients.

Quoting Emily Dickinson’s four-line poem ‘God is indeed a jealous God—’, WHORES’ GLORY opens on a number of pole dancers in a viewing box elevated above a busy boulevard, down which walk streams of men who look up with intrigue and excitement. The venue is the Fishtank, located in Bangkok, and its employees are prostitutes who pray to God for “money, luck and all things good and beautiful” before signing on for their shift ahead. “So many girls,” one of them says, “I hope I get a client.”

Lined up against a wall of striking primary colours, the girls sit patiently and politely, as clients pile in to ogle them from behind a glass screen. “There’s no comparing these with my wife,” one of the men tells the camera. “My wife is a lifetime partner.” Another says: “I need a girl who will do everything,” to which the smartly dressed proprietor, referring to the girls by number, responds with assurance: “210 has a good attitude.” In fact, 210 and 232 are both particularly popular. Each costs a client 1600 bhats for two hours.

It’s to Glawogger’s credit that his subjects talk so openly. Shot by Wolfgang Thaler, the film is visually beautiful to a fault: combined with an eerie (and excellent) soundtrack that gives it a kind of zoned-out cosmic energy one might expect more typically from a Michael Mann crime thriller, Thaler’s cinematography lights these milieus like hyper-real neon fantasies. They’re both the real thing and a simulation of it. Indeed, its gorgeousness might even put the film’s documentary status into doubt.

As Glawogger shifts from one brothel to the next—heading east-to-west—his scenes become more melancholic and laced with latent danger. While the Bangkok women speak in their spare time of acquiring second jobs at weekends, their opposites in Faridpur compete in overwhelmingly claustrophobic surroundings with barely contained pettiness. “What can I do?” one of the women says, “I have nowhere else to go.” In Mexico, a palpably more anarchic environment, alcoholism and spaced-out confusion reign.

Make no mistake: any beauty Glawogger’s film boasts is ironic, as the director observes his subjects with both a genuine fascination and a distanced respect—and all the time without sentiment. Michael Pattinson