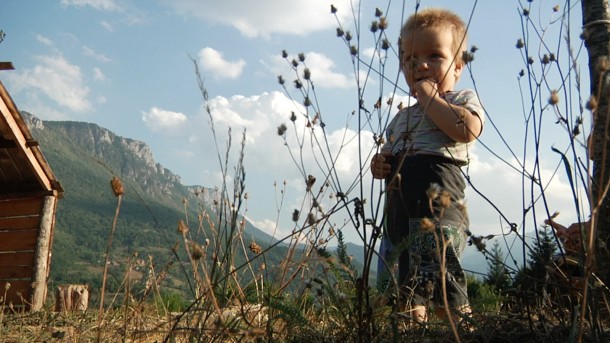 Seasoned cinematographer Kirsten Johnson has worked in all corners of the globe on documentaries with the likes of Laura Poitras and Michael Moore. CAMERAPERSON is a raw and deeply-affecting patchwork of photo-memories that serves as visual autobiography of her life.

This essay film has no narrative as such but works its way towards a gradually more involving story from a recurring set of themes and locations. Reportage blends with personal footage of her own life in Beaux Arts Washington and Brooklyn; sorties to the former war zones of Bosnia, Dafur and Rwanda and closer to home, an electric storm in a Southern State, a field of wild flowers recording the memory of Wounded Knee; and the dreadful murder of James Byrd, Jr, dragged to death behind a pick-up truck. Each vignette is introduced with its location, making it all the more satisfying and resonant.

Never showy or sensationalist but always beguiling, her snapshots swoop silently into everyday life: a Bosnian re-settler bakes bread in her humble shack and there are incandescent moments where a boxer bitterly rages against his failure in Brooklyn, and a newborn baby is brought back to life by a midwife in a spartan Nigerian clinic; his tiny bewildered eyes meet ours as he desperately gasps for his first breath. In perfect English, a little Afghan boy talks tearfully but candidly about losing his eye and his older brother in a bomb blast. The tragic faces of the living are so much affecting than gory bodies of the dead.

Then there is the recognisable footage of Happy Valley and Citizenfour and glimpses of Michael Moore laughing on set. These makes the viewer realise that the ‘objective reality’ of freewheeling documentary relies on clever staging and editing to enhance our experience of factual filmmaking. Simple family moments can be surprisingly moving: Johnson’s mother (in the final stages of Alzheimer’s) points to a photo of her husband with the comment: “oh really, you knew him too?”

But Africa offers the most compelling footage: in barren wastelands women work with humour and forebearance in heart-warming testament to the human condition. MT