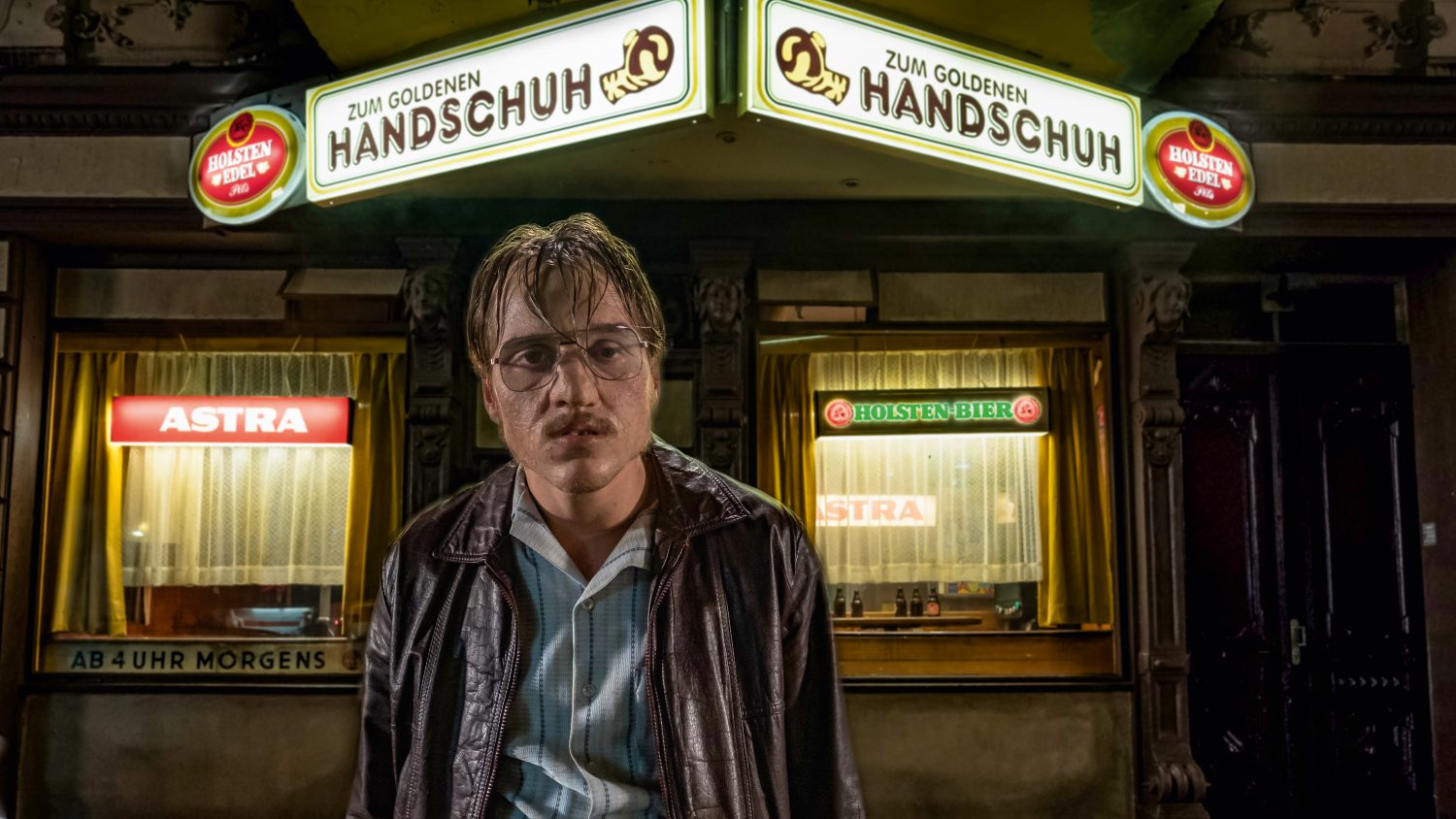 There are brief echoes of Reiner Werner Fassbinder’s Fear Eats the Soul in opening scene of The Golden Glove. This schlocky sortie into the squalid life of a serial killer also brings to mind Ulli Lommel’s cult thriller The Tenderness of Wolves. But that’s where the comparison ends. These films offered another string to their bow. Akin’s thriller just revels in its own ghastliness, descending into drab drama territory and a desolate world of grim bars and pick-up joints where in 1970s West Germany, Fritz Honka was a voracious sexual predator, butchering his victims at will.

Chilling it is not, nor remotely terrifying. The true story plays out as a pointlessly gory procedural recording each death with sensationalist fervour. Blood, gore, body parts and disgusting lavatories – you’ll laugh and shake your head at the mindless depravity of it all.

Rather than explore the psychological profile of this demon, Akin just pedantically pictures the gruesome daily grind of Fritz Honka, a Hamburg serial killer who kept dismembered body parts of prostitutes in his attic flat in the red light district of St Pauli. When visitors complained of the smell, Honka blamed his Greek Gästarbeiter family that lived downstairs “and didn’t work”. There’s no attempt to humanise the murderer or to probe his inner life or backstory. Honka remains a cypher from beginning to end.

This is a film that doesn’t serve anyone – least of all its victims. It takes a swipe at racism but forgets to finger misogyny – championing ageism into the bargain. Obviously you’ll see it as Warner Brothers have snapped it up. But as the credits roll, the films suddenly turns sentimental offering up poignant portraits of the real women who died – as if suddenly coming to its senses to do the right thing and garner self-righteous respect. We go home without understanding, clarification or even sympathy, other than for those who died. MT