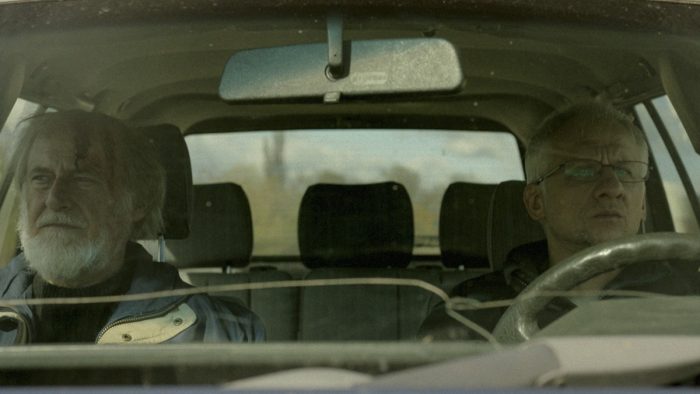 The Father is the third collaboration for Bulgarian auteurs Kristina Grozeva and Petar Valchanov. This superbly scripted psychological drama follows in the wake of The Lesson (2014) and Glory (2016/7) and explores a son’s attempts to rescue his father from the hands of an unscrupulous psychic healer.

Fraught with darkly piquant humour this comedy will resonate with anyone experiencing similar issues with their own ageing parents, the judicious mixture of farce and satire intertwining to deliver an enjoyable watch while skewering the situation down to a tee.

The Father in question is a dreadful dominating demon. Vasil (Ivan Savov) has no respect for his respectable married middle-aged son Pavel (an appealing Ivan Barnev) who is almost diminished to a blithering idiot in his presence, despite being a successful businessman.

During his wife Valentina’s funeral, Vasil behaves in a disgraceful manner by asking Pavel to take some final photographs of his mother’s corpse in its coffin. When Pavel refuses, Vassil berates him in front of the assembled mourners and insists on doing it himself, belittling Pavel in the process, who later deletes the macabre snaps.

But it doesn’t end there. Vasil becomes obsessed with the idea that his wife is trying to contact him from beyond the grave (by mobile) and decides to consult with a local medium, Dr Ruvi, involving Pavel in the process. Pavel feels responsible for his father, while not liking him terribly much: thoughts of getting back to his wife and business are subsumed by those of guilt; somehow he feels drawn into Vasil’s web of madness, unable to extricate himself from the parental ties that bind. Very much in the same vein as Alexander Payne’s Nebraska, Vasil exerts the same vulnerable power as Bruce Dern’s paternal figure. Clearly Vasil needs protecting from the strange requests made by Ruvi, but in helping him, Pavel takes on an irritating and undignified mission.

Pavel is also consumed by latent anger and constantly back-footed by his father’s unreasonable demands. Meanwhile Vasil become more and more absurd and desperate – the interplay between the two men providing a rich vein of humour. This entertaining two-hander (we never actually meet Ruvi or Pavel’s wife) cleverly sees Pavel emerging as the ultimate hero of the piece, Grozeva and Valchanov adding plenty of textural grist to the duo’s convincingly volatile relationship. MT