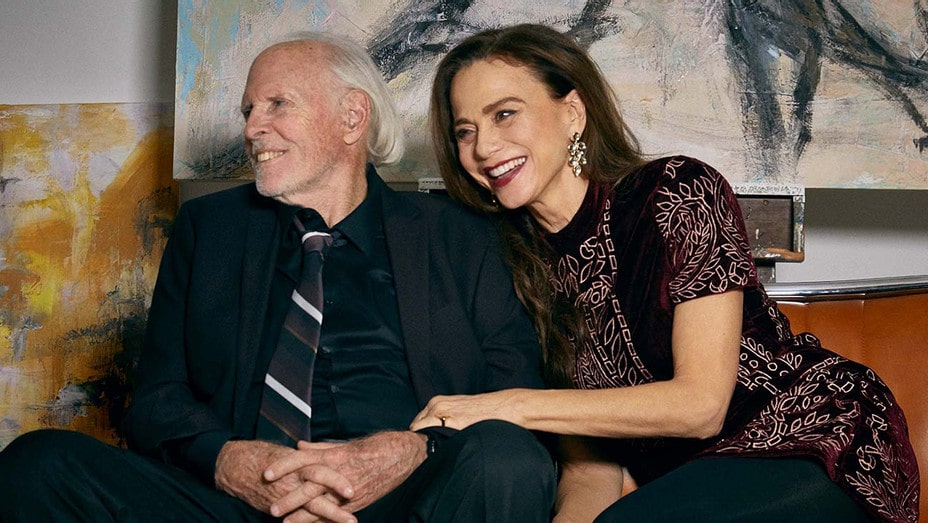 Dementia is not a happy affliction so Tom Dolby’s film is bound to make for painful viewing despite thoughtful turns from Bruce Dern who plays an ageing artist stumbling on the foothills of mental decline, and his wife Lena Olin who somehow gains strength from the experience.

Claire Smythson (Olin) is a sympathetic character who has sidelined her own painting career to support her husband, a renowned abstract artist Richard Smythson. And it all starts breezily with the two being interviewed as she snuggles up affectionately to her husband: “I create the art, and Claire creates the rest of our life.”

The drama plays along similar lines to The Wife which is a shame because you can’t help feeling a sense of deja vu despite Olin and Dern who are always enjoyable to watch and bring head-nodding subtext to their respective roles.

Dern is particularly good as the vulnerable ego-driven sweetheart who realises his life – and control – is ebbing away making him hit out and occasionally become obnoxious. He’s not as funny as he was in Nebraska, but this is inspired by Dolby’s own experience so his script is all the more personal (yet sketchy – despite involving two other writers).

Olin gets the surprisingly insightful role that sees her increasingly empowered to develop her own craft, and then there’s her prickly daughter in law Angela (Juliet Rylance) a lesbian who’s – predictably – ‘so busy’ and also has a child with her partner – but  it’s a hapless “you were never there for me role” vis a vis her estranged father. There’s a bit of a romantic frisson between Angela’s nanny Danny (Jogia) and Claire but nothing happens.

The focus is Richard’s recent diagnosis which comes in the wake of some erratic behaviour. The timing couldn’t be worse as he’s preparing for a major show which also make things feel rather schematic.

Beautifully filmed in the Hamptons and occasionally moving despite its irritating score, this goes down easily – and predictably, there are no surprises. MT