In Istanbul every dog has its day. Especially the city’s stray dogs who enjoy an almost charmed existence in this luminous documentary debut from newbie Elizabeth Lo.

The best thing about Stray is that no dogs loses its life, at least not during filming. There are fights and skirmishes but these take place between the beasts themselves, the locals showing a keen almost kindly affinity with their canine city companions. In her finely calibrated camerawork Lo shows how these dignified dogs take centre stage in widescreen panoramas of the ancient capital as well as close-up, and their soulful expressions will melt even the hardest heart, hinting at a life of hardship and uncertainty. Night and day they navigate urban highways and byways foraging for food and forging bonds of friendship with their canine compatriots. Meanwhile, ordinary city dwellers’ lives go on in the background, the petty contretemps and snippets of conversation are greeted with nonchalance by the dogs whose higher concerns for food and survival add a touch of deadpan irony along the way.

Intertitles highlight Turkey’s compassionate attitude towards their street dogs who, for decades, were subject to widespread culls. Today the authorities take a more laissez-faire attitude and it is now illegal to capture or euthanise the strays. Lo keeps her agile camera near to the ground as the dogs scamper through parks and along the banks of the Bosphorus, scavenging for food and water is their main occupation. . 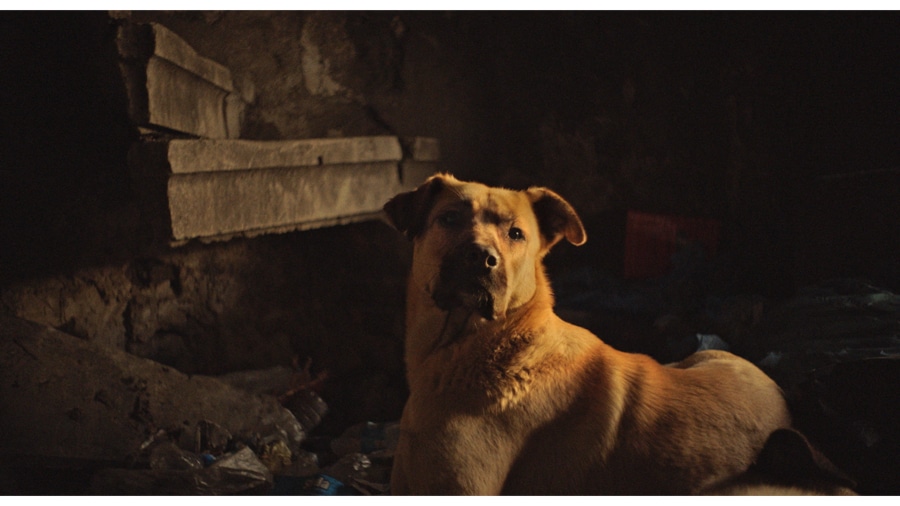 Although usually pack animals, these noble-looking dogs live independent lives of dignity as we see them going about their business – real and figurative – in the early scenes that follow Kartan, Nazar and Zeytin. All three are big enough to look after themselves, but also take a keen interest in each other and the humans they befriend. Contrary to expectations the locals are very kind to their urban fauna and watching them all interact is enjoyable and sometimes amusing, the odd canine tiff adding texture to the otherwise freewheeling proceedings.

Six months in the making, Lo’s thoughtful doc is one of several recent animal-themed outings – Gunda at Berlin in 2020, and IDFA Special Jury awarded Chilean indie Los Reyes (2018) that followed a pair of canny canine caretakers living in Santiago’s largest skatepark. All three challenge us to reconsider preconceived ideas about our lives with man’s best friend. The most heart-rending sequence here involves a little black and white puppy who is picked up as a companion by a young Syria refugee. What seems like a kindly gesture at first soon feels rather sad for the little mite as it looks sadly around for the family pack, eventually unable to keep its eyes open from exhaustion.

In a poetic twist Lo peppers her self-edited piece with apposite quotes from Diogenes and other ancient philosophers. On a comedic note, two copulating dogs interrupt proceedings in a Women’s Day demonstration, clearly these canines would rather make love not war. Lo leaves us with a tenderly haunting final scene that shows that strays may be loners but they are still very much part of the community, atuned to spiritual awareness, just as much as they are to the more banal aspects of everyday life in Turkey’s capital. MT