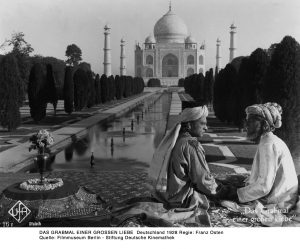 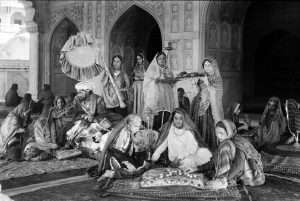 Ritwik Ghatak is sometimes overlooked in contrast to his Bengali compatriot Satyajit Ray. THE CLOUD-CAPPED STAR is the first part of his trilogy E Flat and Subarnarekha offering an emotional and deeply personal account of post partition poverty in 1950s Calcutta, East Bengal. Sublime in its poignant sadness flecked with occasional dark humour it is a visual masterpiece of chiaroscuro splendour set amid abject suffering of a gentle woman whose continuous acts of sacrifice show that the meek and selfless do not always inherit the earth. Quite the reverse.

The gripping linear narrative enlivening by enjoyable musical interludes centres on Nita (Choudhury) the talented eldest daughter in a cultured Hindu refugee family who puts all her efforts and hard-earned cash into the dreams of her three younger more self-seeking siblings. Falling for a promising but ultimately specious young scientist (Sanat/Nirinjan Ray), her dreams are shattered as her world slowly unravels when Sanat proves to be unfaithful and spineless and her father – the voice of reason and wisdom – suffers a serious accident leaving him bedridden. Richly thematic, this satirical melodrama offers insight into Indian society showing how women are the family underdogs despite their intelligence, perspicacity and perseverance.  Ghatak’s inventive use of poetic realism and his convincing characterisations and impressionist interweaving of sound, image and mood convey a palpable feeling for Bengal and its artistic traditions. MT

SCREENING DURING THE BFI’S INDIA ON FILM SEASON | SUMMER 2017

Exploring the evergreen theme of child abduction and violence towards women, Partho Sen-Gupta’s  third feature SUNRISE is a noirish psychological thriller with a tour de force from Adil Hussain as a social services inspector wracked with guilt over his own daughter’s disappearance, as 60,000 children go missing in India every year.

This richly sepia-tinted arthouse mood piece relies on sound as much as lighting and atmosphere to evoke the feelings of anguish, longing and menace Adil feels as he trawls the rain-soaked streets of Mumbai. During his tireless investigation that visits a lap-dancing club and underage brothels in his search for little Aruna, he shifts between reality and fantasy, although the line between the two is as mysterious and muddled as the labyrinthine streets he searches in the course of his duty.

As Lakshman Joshi he is preoccupied with researching the case of a battered 16-year-old boy, Babu (Chinmay Kambli) and a little girl who has gone missing. Meanwhile his wife, Leela (Tannishtha Chatterjee), appears to be expecting another child and is deeply traumatised by their missing daughter. He soon comes across, 12-year-old Naina (Esha Amlani) and her protector Komal (Gulnaaz Ansari), who is confined to the club’s living quarters with other underage girlss. at one point he appears to be in the exotic dancing venue, having found his daughter, but this is clearly a dream sequence and he nervously awakes.

Spare on dialogue but long of soulful sighs and wailing, SUNRISE is embued with a vibrant palpable dramatic tension. It is a strangely magnetic, dreamlike drama deeply evoking India’s social problems with sumptuous cinematography and a standout turn from Hussain who holds it all together as a perplexed and bewildered man on the edge of desperation.  A delight for cineastes and the arthouse crowd.

The 7th Annual Asia House Film Festival which takes place from 27 March to 31 March 2015 at various venues around London. This year’s theme of NEW GENERATIONS reflects on all that’s new about cinema from Cambodia, Myanmar, Vietnam, Indonesian, India, Japan and Uzbekistan, with a special focus and retrospective on Mongolia.

The festival includes an selection of features including two European premieres. Opening the festival on Friday 27 March at the Ham Yard Theatre is the European Premiere of Indonesian film IN THE ABSENCE OF THE SUN, which frames the modern metropolis of Jakarta as never seen before. Directed, written and edited by Lucky Kuswandi (Madame X), it is a bittersweet tale of universal appeal, as its nostalgic memories unfold over the course of a single night.

Closing Asia House Film Festival 2015 on Tuesday 31 March at The Horse Hospital is the UK Premiere of YANGON CALLING – PUNK IN MYANMAR, directed by Alexander Dluzak and Carsten Piefke, an award-winning documentary about Myanmar’s underground punk scene filmed secretly in the former military dictatorship using hidden cameras. It provides a rare portrait of the rebels who really do have a cause, introducing us to their personal lives and their hidden world of rehearsal rooms and illicit concerts.

The European premiere of Kulikar Sotho’s THE LAST REEL presents different versions of the truth unearthed from a lost film, buried beneath Cambodia’s killing fields and the London premiere of PASSION FROM MONGOLIA, a poignant portrait of a man’s struggle to bridge two very different ages, is a great introduction to Mongolian cinema which will be showcased at the Cinema Museum on Sunday 19 April.

The festival will also host the UK Premiere of a musical documentary FLASHBACK MEMORIES 3D, that received the Audience Award winner at the 26th Tokyo International Film Festival. Directed by Japan’s Tetsuaki Matsue, it focuses on the didgeridoo maestro GOMA, who suffers from an inability to form new memories following a traffic accident at the peak of his career. Also on offer is a cult classic Uzbekistani “Red Western”. MT

A fruitful collaboration between the prominent Bengali filmmaker Buddhadeb Dasgupta and the major Indian star Nawazuddin Siddiqui (recently seen in the highly-acclaimed Gangs of Wasseypur), SNIFFER begins as an amusing off-beat comedy and, by its end, becomes an almost-epic fable of magic-realist proportions. If the use of the word ‘epic’ implies length, the film admittedly feels a little stretched at 132 minutes, but the beauty of its ending makes the duration more than worthwhile. 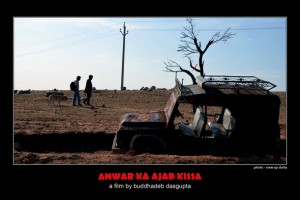 Siddiqui plays alcoholic private detective Anwar, who lives alone with his dog in a Muslim tenement, unaware that he is being closely watched by two of his neighbours: a devout Muslim who wants Anwar evicted due to his drinking, and a young woman who has fallen in love with him. But Anwar, it seems, is haunted by thoughts of his own lost love – the one that got away.

The spectre of the past, and of a simpler more honest way of life, runs throughout the picaresque narrative, in which Anwar’s belief in the common decency of humanity becomes increasingly difficult to hold on to. Through a series of cases, the sorry state of modern society is slowly revealed, alongside religious intolerance. When a case leads Anwar away from the city, he is offered the chance to journey back to his past and reconnect with his roots.

If Anwar’s drunken monologues to his dogs occasionally fall prey to exposition, the film’s quirky, surrealist tone makes them seem all the more fitting. When Anwar takes the dog for a walk late one night, he stumbles across three wailing, ghost-like figures leaning over a bright blue railing: the first has suffered from years of constipation, the second from years with no sex, the third from years of no sleep. It’s a haunting moment which nicely encapsulates the film’s blend of dark humour, social examination and mysticism. Added to Siddiqui’s excellent performance and Dasgupta’s fluid camera, it all equates to an experience which will not be soon forgotten.  ALEX BARRETT