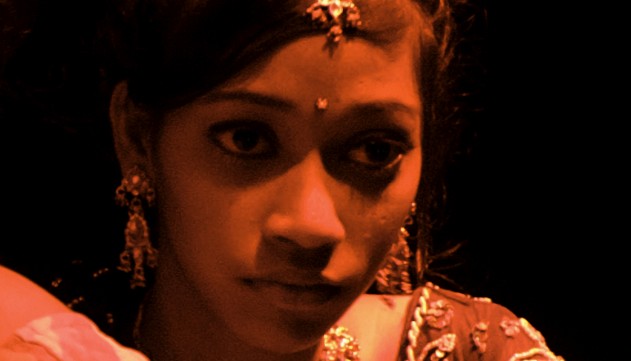 Exploring the evergreen theme of child abduction and violence towards women, Partho Sen-Gupta’s  third feature SUNRISE is a noirish psychological thriller with a tour de force from Adil Hussain as a social services inspector wracked with guilt over his own daughter’s disappearance, as 60,000 children go missing in India every year.

This richly sepia-tinted arthouse mood piece relies on sound as much as lighting and atmosphere to evoke the feelings of anguish, longing and menace Adil feels as he trawls the rain-soaked streets of Mumbai. During his tireless investigation that visits a lap-dancing club and underage brothels in his search for little Aruna, he shifts between reality and fantasy, although the line between the two is as mysterious and muddled as the labyrinthine streets he searches in the course of his duty.

As Lakshman Joshi he is preoccupied with researching the case of a battered 16-year-old boy, Babu (Chinmay Kambli) and a little girl who has gone missing. Meanwhile his wife, Leela (Tannishtha Chatterjee), appears to be expecting another child and is deeply traumatised by their missing daughter. He soon comes across, 12-year-old Naina (Esha Amlani) and her protector Komal (Gulnaaz Ansari), who is confined to the club’s living quarters with other underage girlss. at one point he appears to be in the exotic dancing venue, having found his daughter, but this is clearly a dream sequence and he nervously awakes.

Spare on dialogue but long of soulful sighs and wailing, SUNRISE is embued with a vibrant palpable dramatic tension. It is a strangely magnetic, dreamlike drama deeply evoking India’s social problems with sumptuous cinematography and a standout turn from Hussain who holds it all together as a perplexed and bewildered man on the edge of desperation.  A delight for cineastes and the arthouse crowd.