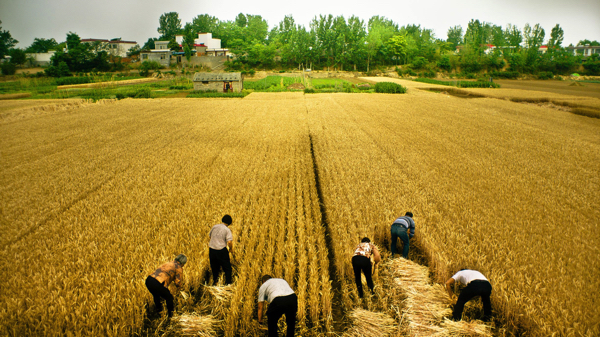 Jia Zhang-ke’s latest is a dignified documentary tribute to his hometown of Fenyang, Shanxi, two hours south of Beijing by plane. His training as an architect developed his visual awareness and led to a long career in filmmaking close to his roots in this coal mining area. Jia shot his first film The Pickpocket here, as well as a number of others including Platform and Mountains May Depart  This film will have most appeal to locals and those with knowledge of the region, along with his avid fanbase. It concludes his trilogy on the arts in China that started with his 2005 work Dong (that focused on the artist Liu Xiaodong, 2005) and followed Useless (about  clothes designer Ma Ke, 2006).

As a cultural ambassador to the region, Jia founded a film festival in Pingyao in 2017 showcasing new Chinese talent and cinema that had never before graced Chinese soil, such as the Jean Pierre Melville’s New Wave fare which formed the first retrospective there, delighting Chinese audiences. While Swimming Out is not as cinematic as Jia’s dramas, the focus here is on the filmmaker’s literature festival inaugurated in 2019. Jia sees his documentary as a lasting memoire to these locals and luminaries. Taking Chairman Mao’s tenet “Strength in Unity” as a talking point, he also shows how the region’s history has made it a ‘Chinese Arcadia’. This is also down to the area’s Strong economic performance rooted in a unified community with colourful cultural traditions. In a local care home at the famous Jia Family Village an elderly man – now in his 90s – harks back to the hunger years of the 1940s explaining that many families clubbed together to make the best of what was available back then, ensuring a successful harvest in the local fields and food for everyone. The film also gets out and about to show the sweeping landscapes of Shanxi and obviously the blue water, but most of it is confined to interiors where a lively series of discussions unfold. 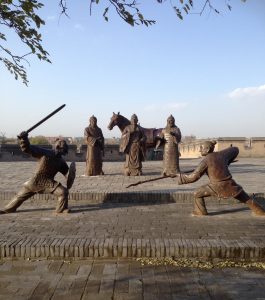 Several writers have visited the area and taken the reality of rural lives as a point of reference for their poems, stories and novels. The film makes extensive use of talking heads in the shape of popular writers Jia Pingwa, Yu Hua and Liang Hong, belonging to three different generations. They describe their own experiences and the influence these have on their work in an urbanised China that has been transformed by the Cultural Revolution, economic reform and modernisation. Jia’s friend and famous writer Ma Feng talks about the abolition of arranged marriages, and recalls how her father rose from poverty to become a journalist inspiring young people during the Second World War. He later became one of China’s first generation of ‘gentlemen’ farmers.

The film gives ample time to these close-up discussions, particularly engaging is the writer Yu Hua whose own work gives the film its title, and who talks vivaciously about his determination to follow a creative path after being forced to train as a dentist under communism in 1983. He started writing in his spare time, and recalls how his first editor criticised his work for being too gloomy for the communist regime that requires, like Hollywood, a ‘happy ending’. Yu Hua pandered to these requirements just to get a byline after so much rejection. Infact, he jokes about the postman throwing the rejection letters over the fence, there were so many before he finally got published as a writer. Swimming Out serves provides an informative backcloth to Chinese culture in Shanxi province, a thoughtful ethnological, cultural and socio political snapshot of this vast nation. MT