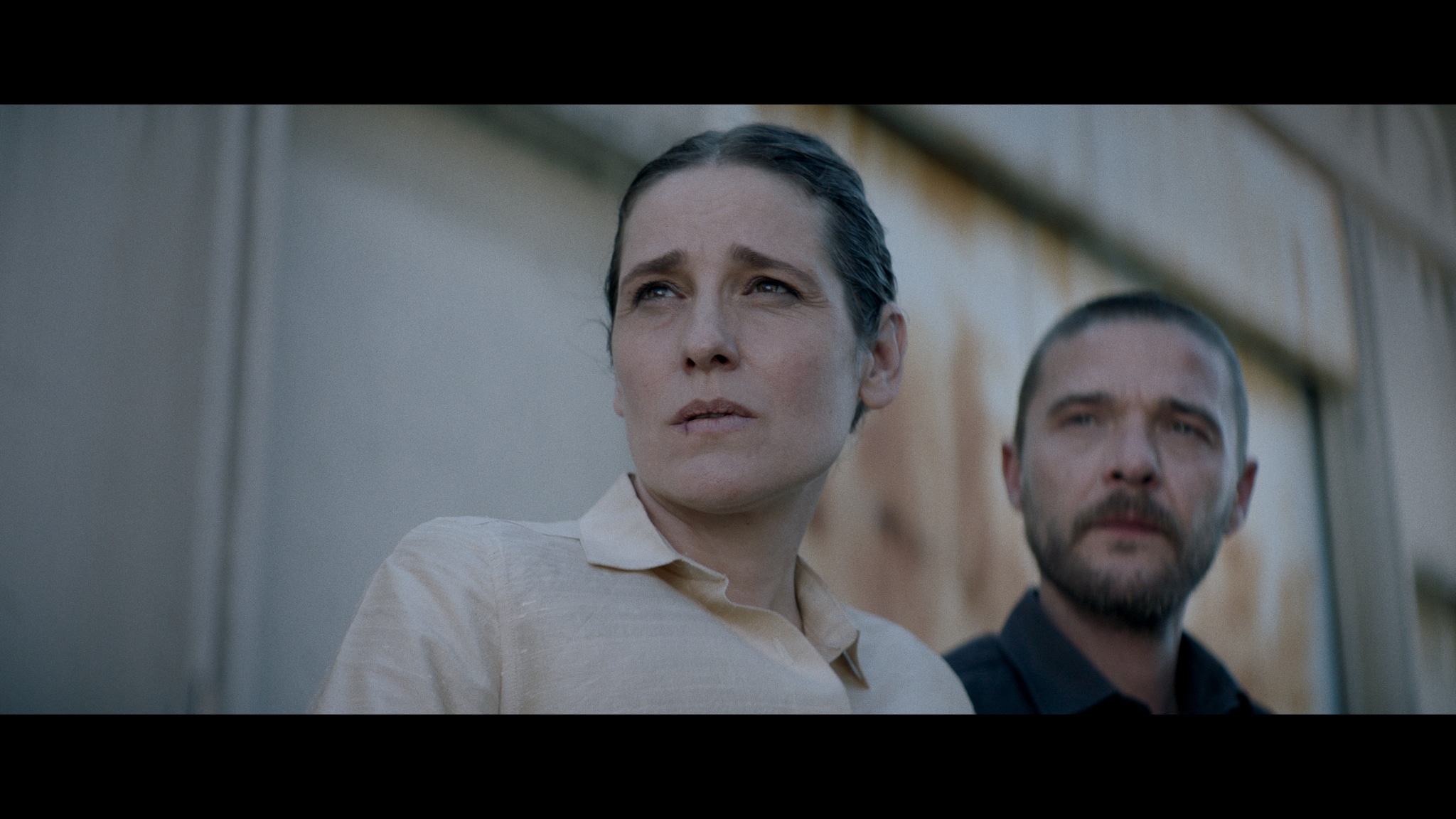 Christos Passalis continues to explore his filmmaking skills this time taking the helm for a slow-burning Kafkaesque Sci-fi love story which serves as a reminder that Greek cinema has not lost its roots in the wonderful world of the ‘weird wave’.

The enigmatically entitled Silence 6-9 follows the outstanding Berlinale entry The City and the City (2022) which he co-directed, and performances in Dogtooth and The Miracle of the Sargasso Sea. In this vision of dystopia he stars as Aris (Passalis) who fetches up in a city at night where he meets Anna (Papoulia) who shows him around a landscape dominated by rooftop antennas and audio tapes floating around in the wind, along with banners proclaiming the titular SILENCE 6-9. His task is purportedly to solve ‘technical problems’, the previous incumbent having suffered a nervous breakdown. And not surprisingly, social unrest in brewing: the mayor of town touring the place with a loudhailer on a pick-up-truck, calling for “NO MORE TAPE CASSETTES” There are disturbing images of IC stations in a deserted hospital, and the long shots in the hotel, where Anna and Aris are staying, feel like a nod to Kubrick. Soon Anna will have to drink a liquid which will force her to forget Aris. Will she be able to desist this threat?

Passalis conjures up another metaphor for modern times through the bleached and desiccated landscapes of DoP Girogos Karvelas, where the characters appear devoid of any kind of emotional existence. Although Passalis never never lets the audience escape from this strange deathlike environment the questions raised by the enigmatic narrative are never fully answered. Memorable.AS