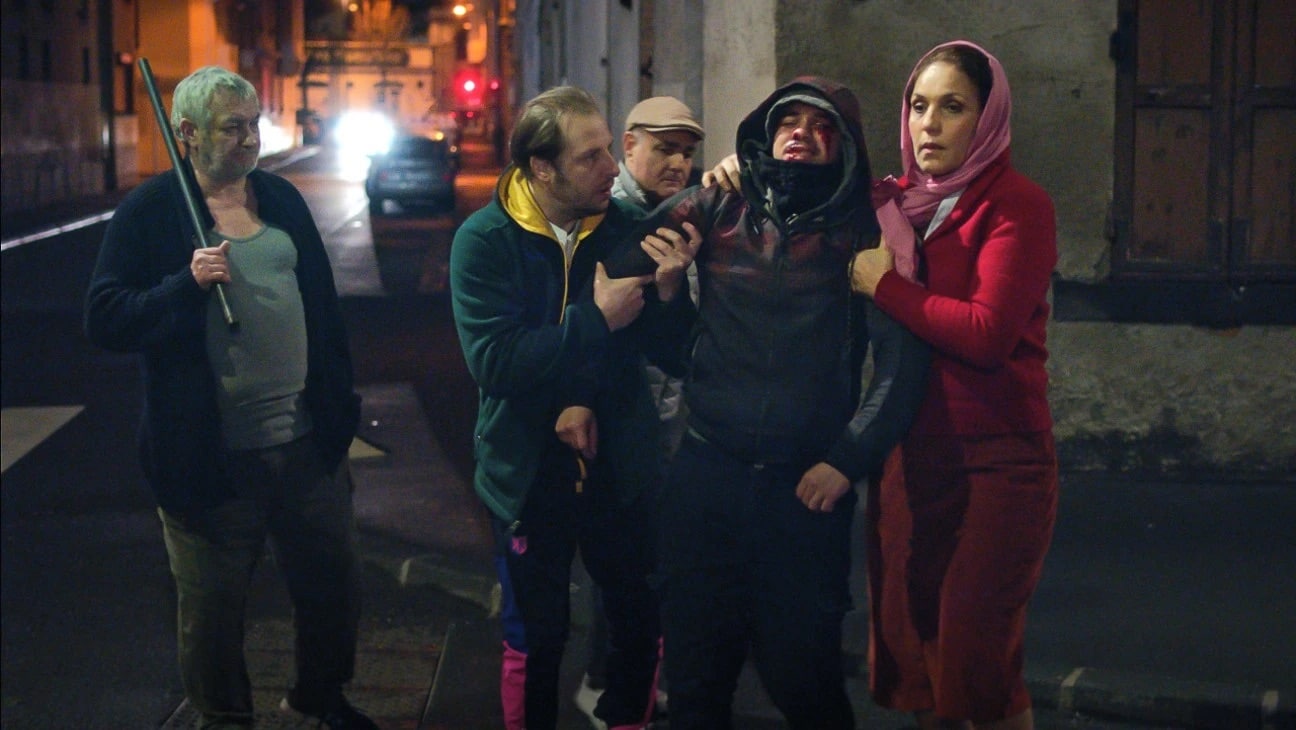 Alain Guiraudie burst onto the international scene with his intriguing thriller Stranger by the Lake. His latest effort Nobody’s Hero (Viens je t’emmène), takes us back to his earlier comedies King of Escape and Staying Vertical. Absurdist, satirical and occasionally sexually explicit it centres on a sympathetic loner caught between his desires and the reality of life in a modern-day France mired in terrorism, social and economic crisis. Some may find it offensive but its dead pan humour and political incorrectness is a bracing punch in the teeth in our woke times, and never takes itself too seriously.

Médéric (Jean-Charles Clichet), a kindly computer coder, has fallen hopelessly on love with much older married prostitute Isadora (Noémie Lvovsky) but their latest tryst, in a tacky hotel, is interrupted by news of a terrorist attack in their hometown of Clermont-Ferrand (shot in sink estate realist style by Hélène Louvart)

Everyone is caught up in the mayhem, not least Mederic’s neighbours, a motley crew of old-timers who jump to their guns – quite literally in one case – preparing for another one of the devastating incidents that has rocked France in recent years.

Sélim (Illiès Kadri), a young Arab, enters the fray looking for shelter and Médéric is naturally sceptical – but his sense of human decency prevails. Selim comes in out of the rain and eventually into Mederic’s apartment where he makes himself at home, refusing to leave. Médéric’s neighbours all react differently. One elderly resident, who has taken to wearing a hijab, actively takes pity on the boy, another tries to chase him away with a stick. The police are ever present but powerless. Meanwhile, Médéric is still chasing after the cartoonish nymphomaniac Isadora, their love affair providing the ludicrous link between reality and slapstick surreality with her abusive businessman husband Gérard (Renaud Rutten) constantly dragging her away from the clutches of the mild mannered Mederic even when their noisy love-making retreats to the confessional of the local church.

Nobody’s Hero can be hilarious at times if you suspend disbelief and get carried away with the rest of the audience. But it slightly overstays its welcome in the confusion of the finale that explodes amid gunfire and gratuitous orgasms.