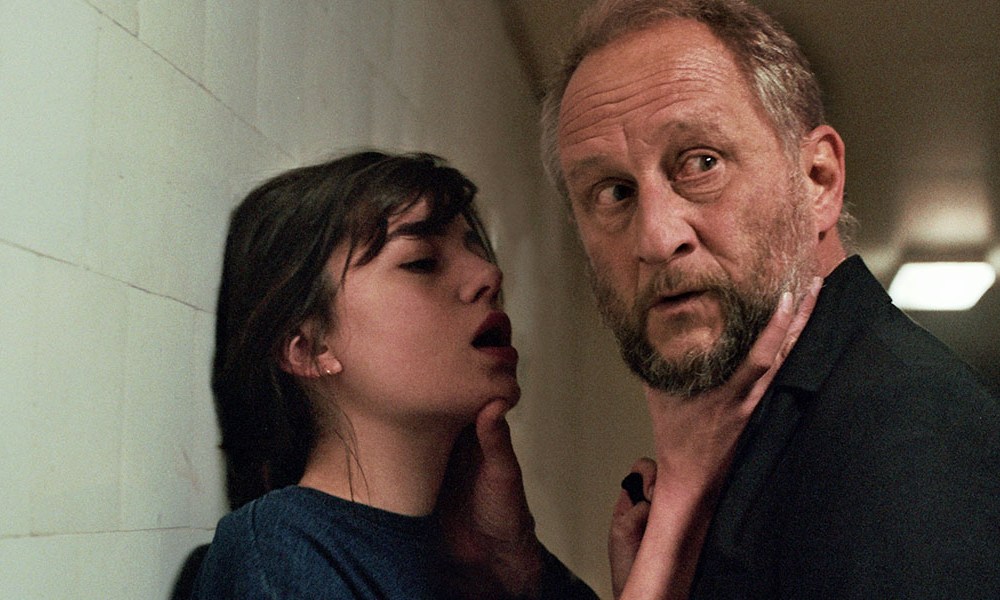 Looking for inspiration a writer takes up residence in an echoing chateau deep in the countryside, his past triumphs retuning to haunt him with self doubt: will he ever be creatively successful again.

A voyeuristic camera lingers on dislocated characters in the foreboding stillness of the bosky backwater setting the scene for an intriguing horror story, made all the more sinister by its brooding soundscape. Inexorable is possibly the most personal film Fabrice du Welz has made to date. It ponders the ephemeral nature of creativity, particularly when early success paves the way to future doubts and insecurities – not something du Welz has had to worry about with his filmic string of hits.

Known for his comedy roles Benoît Poelvoorde plays Bellmer with a sense of vulnerability despite his proven talent and fierce determination. The old mansion becomes home to his wife and publisher Jeanne (Mélanie Doutey), whose family no longer lives there. The hope is that this new setting will somehow stimulate Bellmer’s creative juices after months of writer’s block.

But he soon becomes fascinated with one of his daughter’s teenage friends, a troubled orphan named Gloria (Alba Gaïa Bellugi), with the welcome affect of spicing up his sex life with wife. But the febrile Gloria soon makes a pass at Benoit and although the violent, illicit sex that follows seem to re-awaken his imagination, the inevitable fallout threatens to consume the entire family.