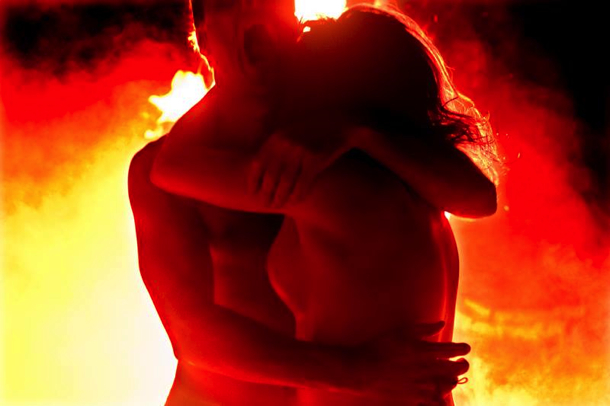 Belgian director Fabrice Du Welz’s spiky and unsettling indie feature was one of the best thrillers to come out of Cannes this year, screening in the Directors’ Fortnight strand. His previous outings Calvaire and Vinyan have both been adaptations of other films: Calvaire of Deliverance and Vinyan (loosely) of Apocalypse Now. And ALLELUIA bases itself on the US hit The Honeymoon Killers and a news event that shocked America in the late forties (the story of Martha Beck and Raymond Fernandez).

Guaranteed to put you off online dating forever, ALLELUIA is anointed with flourishes of weird brilliance that give real insight into the disturbed minds of his outwardly straightforward protagonists: Gloria and Michel who are people we might easily meet on a dating site. But when we see the Michel (Laurent Lucas) lighting a candle to summon his powers of seduction for his next victim, and Gloria (Lola Duenas) giving a delightful rendition of a self-composed song before sawing off her rival’s ankle, it’s clear that these two are broken individuals who should carry a public health warning on their teeshirts. But it’s the sensual overload of Manu Dacosse’s imaginatively suggestive cinematography, Vincent Cahay’s score and Emmanuel de Bossieu’s sound effects that hint at so much more, collaborating to make this a warped psychological drama soaked in horror and a potent winner for the art house circuit.

In the Belgian morgue where she works, Gloria is having an ordinary day, washing down the body of a corpse, an early hint that she’s comfortable with death and morbidity. A single parent: she’s lonely and looking for someone to share her life with.  Online, she meets Michel (Laurent Lucas), an inveterate womanizer and professional hustler but also an impeccable gentleman; quietly spoken and masculine with good looks and a way with words. Their chemistry is instant and palpable. During a romantic dinner, the camera views them in sensual soft focus with the emphasis on soundbites of Gloria’s sighs.  Rose-tinted images of Gloria in the afterglow of love-making are all that’s needed to convince us that she’s loved-up and smitten. The next day they go about their business, but something clicks in the minds of these two that is unleashed once they are drawn into the  emotional relationship. Gloria has somethings deeper and darker in mind for Michael: she wants to possess him. When she discovers that Michel inveigles women into his life for money, she decides to become his accomplice rather than risk losing him. It is clear Michel is a damaged, but clearly adept with words that he is able to make anyone believe anything he wants them to.

Fabrice Du Welz’s narrative focuses on this dynamic: two purportedly ordinary people bringing their toxic pasts to bear on their unsuspecting romantic victims. We do not know Gloria’s past but for Michel: his doting mother – who used him for sex when none was available with men her own age – seems to be the catalyst for the obsessional devotion he thrives on from his maternal role model: his brian is hard-wired to pleasuring older women and extracting their money. In her lust to possess Michel, Gloria offers him the ultimate ‘have you cake and eat it’ scenario: agreeing to put up with his philandering, even offering to aide and abet him; on condition that he continues their sexual relationship. The segments (‘Acts’) that follow are entitled: ‘Marguerite and Michel, ‘Gabriella and Solange’; each track Michel’s romantic seductions of wealthy and lonely women. Marguerite (Edith le Merdy – who he marries) is told that Gloria is Michel’s close sister; Gabriella (Anne-Marie Loop), an elderly Catholic charity worker, is also seduced and finally Solange (Helena Noguerra) who is an elegant, fresher-looking, younger version of Gloria, with a country house and vintage Jaguar to tempt him. Michel bonds with the little innocent girl in Solange, further angering Gloria. He seems genuinely happy although he tricks Gloria into believing that he is not sleeping with her rival, so as to further their complicity, making Gloria believe she is ‘in control.’  Each of these romances is threatened by Gloria’s insane jealously and demanding nature and Michel acquiesces to her demands that feed the dynamic he shared with his mother.

Increasingly desperate measures are required to satisfy Gloria’s obsession. Gloria has as strong a pull on Michel as he has on her. Duenas is superbly cast as the broken and raddled bunny-boiler Gloria, with her explosions of violent temper erupting unpredictably, exposing not only her desperate neediness but also her psychopathic tendencies: of the two, Gloria is the most evil. As Michel, Lucas has the good looks and flashing eyes of a lothario and the sexy, seedy quality that Gabriel Byrne does so well. ALLELUIA is the perfect psychological thriller ‘de nos jours’ showing how sometimes love and passion can really be ‘to die for’.  MT