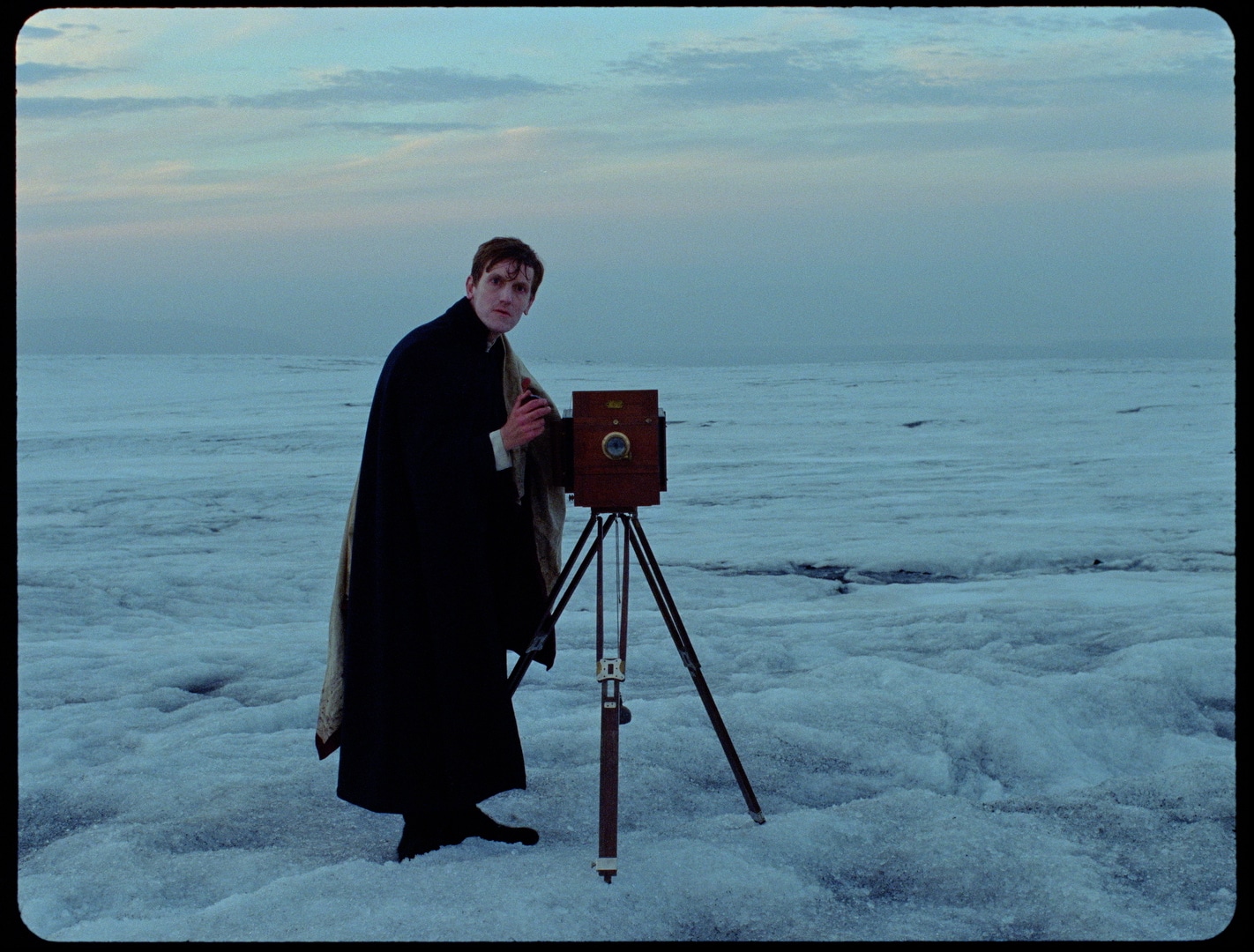 Faith is tested to the limit in this striking and spiritual fable that follows a pioneering 19th century Danish priest with a noble mission to found a church in Iceland and photography its people. The deeper he travels into the remote and rugged wilderness the more he will lose his way, literally and metaphorically.

Icelandic filmmaker Hlynur Pálmason has won multiple awards for his distinctively dour and beguiling beautiful dramas Winter Brothers and A White, White Day. Godsland shows that not all men of God are good, or even likeable. Infact, Danish missionary Lucas (Elliott Crosset Hove) has no redeeming features whatever apart from his photographic skills and so it remains a mystery as to why he was chosen by the religious eminence gris in the film’s opening sequence.

Iceland is an extraordinary setting for this powerful battle of determination and adversity powered forward by the priest’s desperation to conquer the elements and reach his destination before winter closes in with its icy grip. But his religious fervour and will to serve God is no match for the sheer grit of his Icelandic guide (Hilmar Guðjónsson) and a rash decision to ignore his superior grasp of the region and hostile conditions soon lead to tragedy.

An unsettling soundscape echoes the elements. Fire, water, sodden peat bogs and incandescent volcanic eruptions provide a treacherous terrain where Lucas fails to collaborate with his fellow travellers or their animals in his dogged bid to press on at his own pace, and for once the lengthy runtime justifies this epic Herzogian slog. The academy ratio suits the mission well echoing the glass plates Lucas uses to compose his photographs.

Reduced to a chapped and blistered wreck when he finally reaches the northern outpost, his host Carl (Jacob Hauberg Lohmann), and two daughters Anna (Vic Carmen Sonne) and Ida (Ída Mekkín Hlynsdóttir), provide a welcome warmth this sombre masculine drama but even their kindness cannot thaw the chilly heart of the intractable loner: “We don’t need men like him,” Carl tells his younger daughter who takes a shine to the pallid preacher and so begins another uphill struggle to breathe humanity into his troubled soul. MT