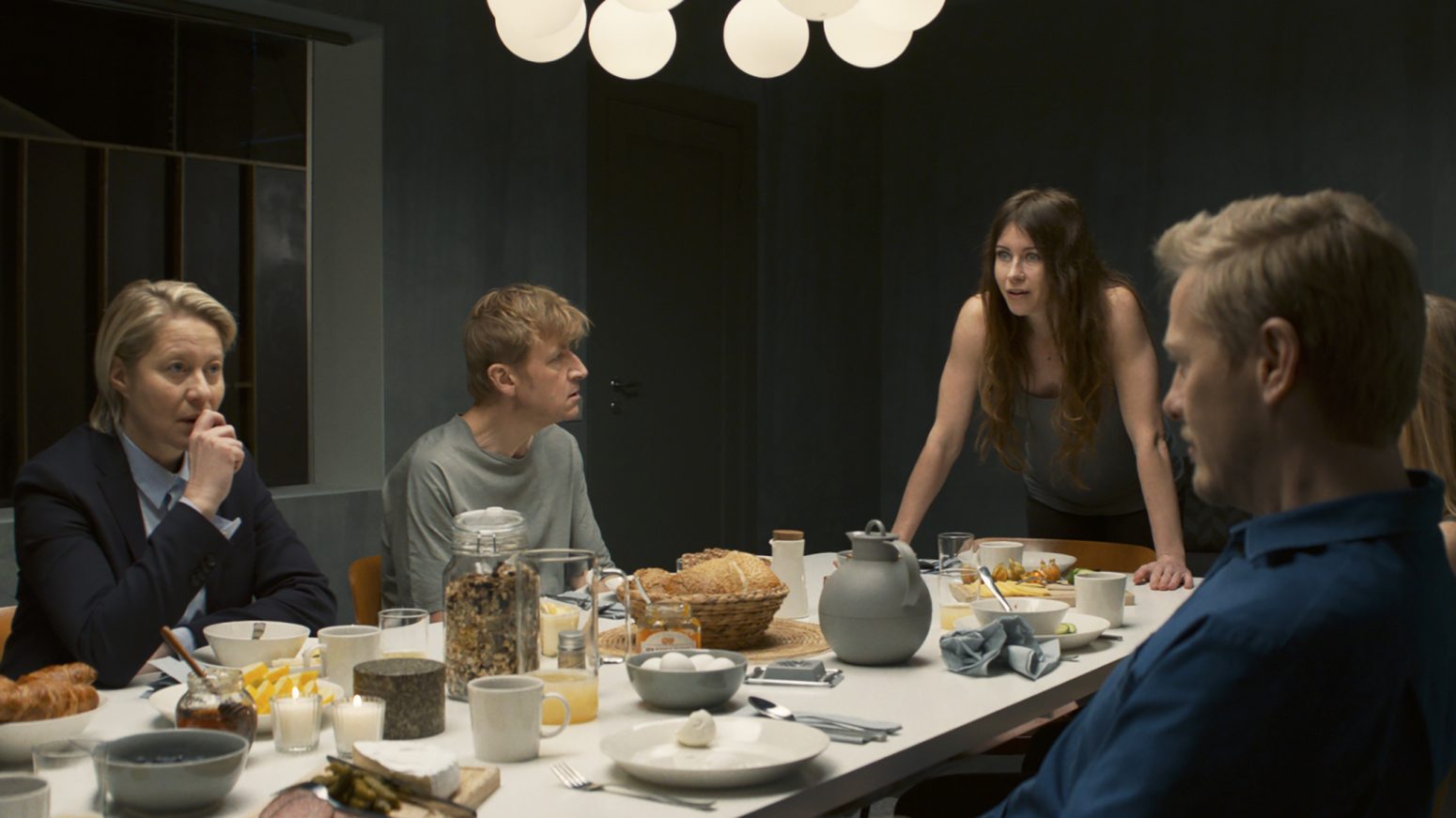 Artist and filmmaker Anna Odell (The Reunion), the enfant terrible of the Nordic film scene, is back with a new feature. X & Y is a star studded ensemble peace, which explores hidden female/male identities. Odell came to prominence in 2009 with her student project Unknown Woman, 2009-349701:  in a life performance in Stockholm, she acted out her psychotic breakdown and suicide. She was later fined for this, but insisted it was not about her own experience in the Swedish Mental Health system, but an attack on the power structures within the institutions.

X & Y is tamer in comparison, even though structure and topic are extremely (thought) provoking. Odell plays a female director who fancies macho film star Mikhael Persbrandt, who has just published a memoir in which he tackles his image. Odell has chosen three actors for herself and Persbrandt, to play the alternative personalities of the lead couple: Grabol (brilliant as always), Albinus and Vitali act out Odell’s alternate personalities, whilst Roney, Lindhardt and Dyrholm (matching Grabol’s performance) are the alter egos of Persbrandt. Two psychologists, Ragnar and Virtanen try to help the octet come to terms with Odell’s cryptic and basic script.

Odell, to give her credit, holds her own in a star studded cast. After the opening chapter, in where Odell and Persbrandt get close up and personal, the Alter-Egos take over, and start attacking or lusting after their counterparts. Best are the scenes when the leading couple is represented by a different gender actor, showing that the ambivalence of feelings like jealousy, dominance and sexual obsession are not as gender specific as one might think. In the play, Odell is always behind with the script, infuriating her cast. The actors sleep in two groups, and Odell, who has manufactured a frisky animal costume for herself, becomes sexually aggressive with the trio in her bed. Finally, at a re-union month later, it turns out she is pregnant with an “art-child”, obviously drawing on her recent experience of giving birth. Odell, always the provocateur, stated in an interview that, “she is looking forward to introducing her own child to Lars van Trier, who is also the product of an artistic relationship”.

X & Y is provocative, but stays inside a concept: every person has three identities: the self, the one we would like to be, and the way we are seen by others. These identities often differ often, and Odell works it out without shrinking from exposing herself. A great ensemble helps, as well as DoP Daniel Takacs, whose images range from distant froideur to aggressive close-ups. Odell’s temper tantrums still are still hard to take, but she is more much reflective now, without having lost the talent to excite.