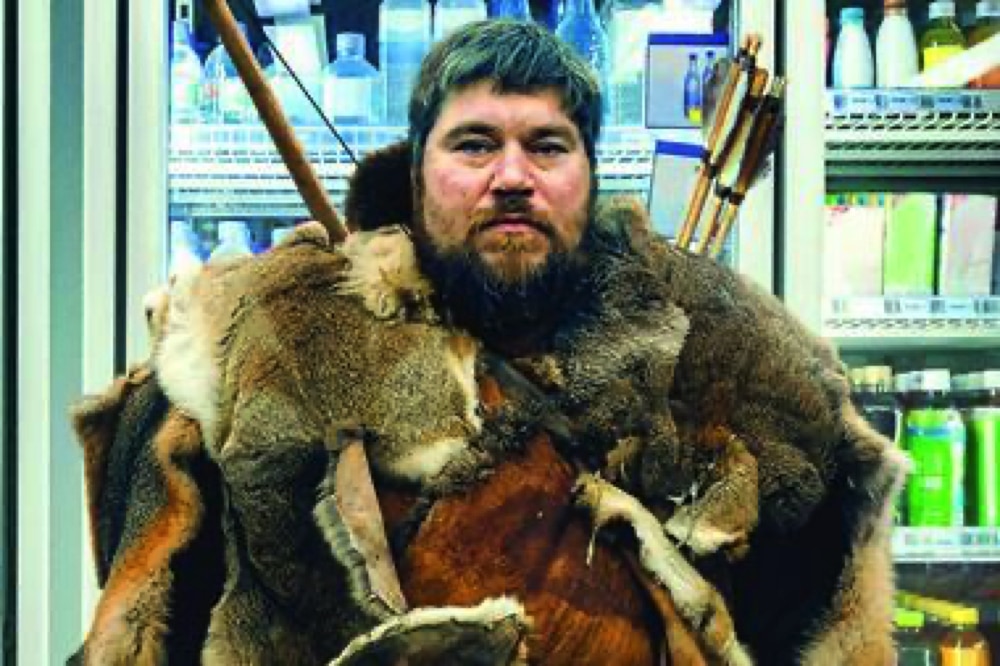 Another amusing absurdist Danish comedy along the same lines as male midlife crisis films Klown and Another Round.

Written and directed by Thomas Dakeskov it sees married man Martin escape to the wilderness of Norway – aka his ‘man cave’ – in a bid to escape growing up in the modern world and reverting to ‘hunter-gather’ mode, regretting the loss of his bankcard when the going gets tough.

Although somewhat derivative in its narrative pretensions, this is guaranteed to make you laugh – especially the scene where a ‘people carrier’ collides with a moose – and the animal comes out on top. There are some hairy moments, quite literally, when Martin dons an animal skin for a shopping trip to the supermarket – an episode which ends, inevitably  in tears – of hilarity.

On the run from life in the Norwegian mountains Martin (Rasmus Bjerg), freely engages in acts of supreme physical prowess which contrast wildly with his normal humdrum existence, but goes on to confront uncomfortable truths about the masculine reality. The film pokes fun at his macho attempts to look butch in the wild, as opposed to mild-mannered and sophisticated in his urban habitat. And while his ludicrous antics are clearly entertaining to the audience, the humour points a rather derogatory finger at Martin, making him into a pathetic figure of fun, rather than a renaissance renegade. That all said this inventive caper doesn’t aim to plumb the depths of the human psyche, merely to entertain and upliFt. And it does so admirably despite its obvious limitations, never taking itself too seriously. A little gem. MT