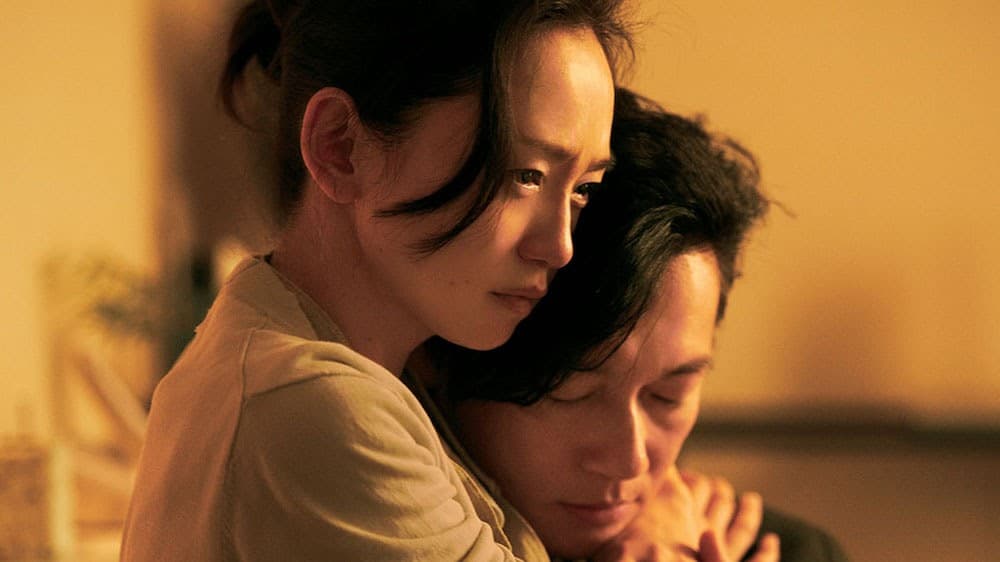 Naomi Kawase’s films are an acquired taste but have a firm following. Here she adapts Mizuki Tsujimura’s mystery novel about motherhood from two different perspectives and frequently departing from the narrative to delve into arthouse-style reverie exploring maternal feelings and emotions, rather like her Cannes Grand Prix winner Mourning Forest. And although True Mothers is more accessible than many of Kawase’s films, the flashbacks and epic length require commitment.

The first hour focuses on the dawning realisation and gradual resignation to the sadness that haunts every childless couple. Satoko (Nagasaku) and Kiyokazu (Iura) can’t have their own family so after much soul-searching they turn to Mrs Asami’s adoption agency (Baby Baton) for a child, and are overjoyed when the big day finally arrives. Baby Asato is handed over to his new parents by his mother, 14-year old schoolgirl Hikaru Katakura. who apologises, her parents cowering in shame.

Five years later, the couple get a strange phonecall from someone claiming to be their son’s real birth mother, demanding her baby back – or a great deal of money. When the woman arrives, looking rough and disheveled, she doesn’t resemble the meek and submissive Hikari who handed over their child, and the Kuriharas make it clear they are in doubt of their son’s real background, but can’t help wondering if they’ve been scammed.

We now learn more about Hikari’s fate. Her family never forgave her for “bringing shame” on the family. In one disturbing scene her uncle tells her “I know about it, horrible business, really” during a family meeting that descends into a brawl. Leaving her family, and finding no support from the child’s father Takumi (Takata), who simply ignores her, Hikari starts work as a paper seller, and meets Tomoko, one of girls who was at Baby Baton. Tomoko is a sex worker, and forges Hikari’s signature as a guarantor on a loan agreement. The money lenders are vicious, making desperate Hikari phone the Kuriharas. When all seems lost for Hikari, True Mothers takes a very surprising turn.

The multiple flashbacks are the strength and the weakness of the feature: the intercutting results in a languid rhythm where nature is often involved as a healing source, while, at the same time, the audience is somehow frustrated by just another plot twist. The half hour spent on the Kuriharas’ pondering their childless status before finding a solution is certainly worth a re-edit. Although this clearly underlines the gravity for some viewers, for natural parents it might seem tedious. And Kawase could have concentrated more on the titular protagonists, particularly since Aju Makita (whom we saw in some minor roles in Hirokazu Kore-eda’s recent features) is brilliant in being the centre of a melodrama, whilst Nagasaku is really convincing in her proprietary approach, as the mother, who has ‘waited’ too long for a child. DoP Yuta Tsukinage uses a sunny, limid colours, dwelling long on detail, with wonderful expressive close-ups. With a little less self-indulgence by Kawase, this could have been a real masterpiece. AS