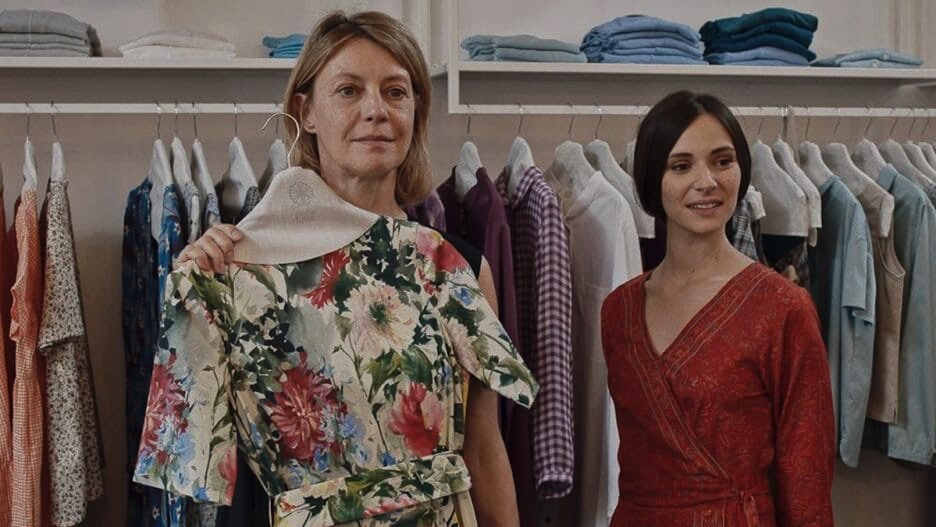 Nanni Moretti’s latest will certainly appeal to fans of his classically filmed dramas featuring Italy’s best acting talent. Since winning the Palme d’Or in 2001 for The Son’s Room  he has been turning out spirited stories about life for middle class people, and this circuitous story involving neighbouring families is darkly witty and enjoyable, although more muted than his earlier fare. The women are peacemakers, the men the troublemakers, apart from Moretti himself who plays a powerful man of integrity, naturally – he’s the director.

Based on a novel by Tel Aviv writer Eshkol Nevo, Moretti transports the intricately plotted action to Rome where a car accident sets the cat amongst the pigeons for those living nearby. Local resident Monica (Alba Rohrwacher) is waiting for a taxi to take her to hospital where she will give birth to her first child when a speeding car collides with a nearby pedestrian, hurtling into the ground floor flat where Sara (Elena Lietti) and Lucio (Riccardo Scamarcio) live with their 7-year-old daughter.

At the wheel of the car is a drunkun Andrea (Alessandro Sperduti), the problem son of two judges, Dora (Margherita Buy) and Vittorio (Moretti) who will refuse to pull any strings for their son, causing a long-lasting rift in the family when his prison term is finally up.

Meanwhile Monica gives birth to baby Beatrice with her usual elfin delicatesse, her alluring husband Giorgio (Adriano Giannini) is working abroad offering no emotional support to deal with the baby or her ageing mother, but female empowerment saves the day. A mini mafia subplot with Giorgio’s estranged brother gives the story another showcase for its signature male rivalry and violence, Monica batting off his sexual advances with grace.

Meanwhile Sara (Elena Lietti) and Lucio (Riccardo Scamarcio) become suspicious of the old man next door Renato (Paolo Graziosi), who regularly babysits their daughter and who provides the film’s child abuse theme that will see Lucio himself in a flirtation with young neighbour Sara (Elena Lietti) later accusing him of sexual misconduct.