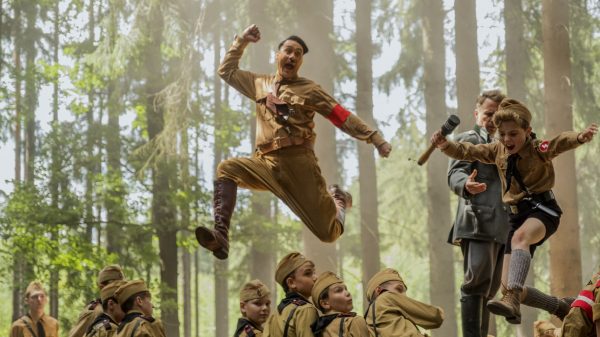 The curtain fell on TORONTO FILM FESTIVAL 2019 with an comedy about Hitler winning the biggest award. The People’s Choice Award went to JOJO RABBIT which is set during the Second World War and directed and performed by New Zealand born Taika Waititi who plays an imaginary version of Adolf Hitler. The film divided critics and no doubt audiences to come. It also stars Scarlett Johansson who plays the mother of the titular German boy Jojo (Roman Griffin Davies) who is an ardent follower of the Hitler Youth and so keen on his hero he actually has imaginary conversations with him. But his attitude changes when he discovers his mother is hiding a Jewish girl (Thomasin Mackenzie) in the family attic.