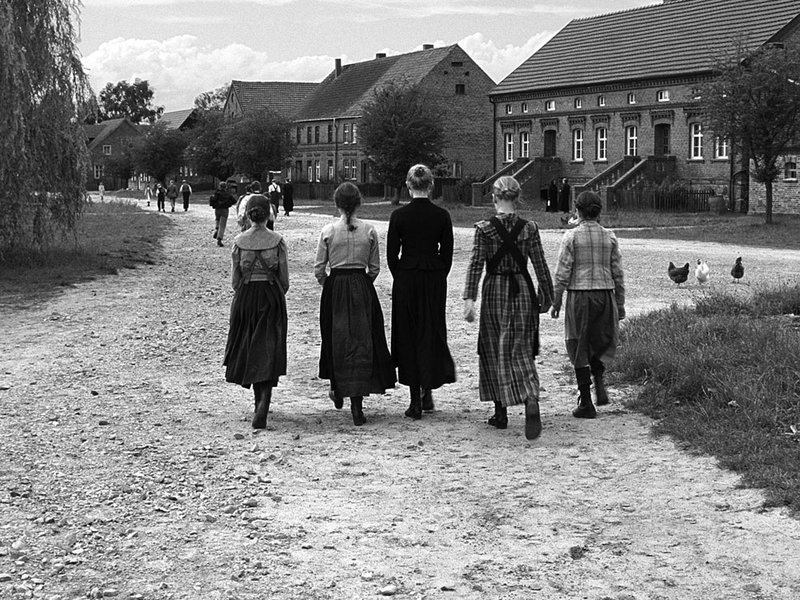 Michael Hanneke’s won his first Palme D’Or at Cannes for this sombre cinematic study of social subversion in small-town Germany in the prelude to the First World War.

Hypnotic and carefully measured the drama tracks the life of a rural Protestant community many of whom are still dependent on the local Baron for their livelihoods.

As we meet the various villagers, the Doctor, the Priest – a series of random and mysterious accidents occur that lead us to realise that all is not as gemütlich as we first imagined in a community where the weak and powerless are constantly engaged in acts of petty rebellion or protest against their controlling elders.

Michael Hanneke’s vision branches out vigorously as it grows beyond the seeds of Nazism with this fascinating and visually captivating film that serves not only as a mirror on a moment in time, but also as a commentary on the parlous state of society as a whole – now more that ever – in the current crisis  throughout Europe in the prelude to the First World War. MT ©