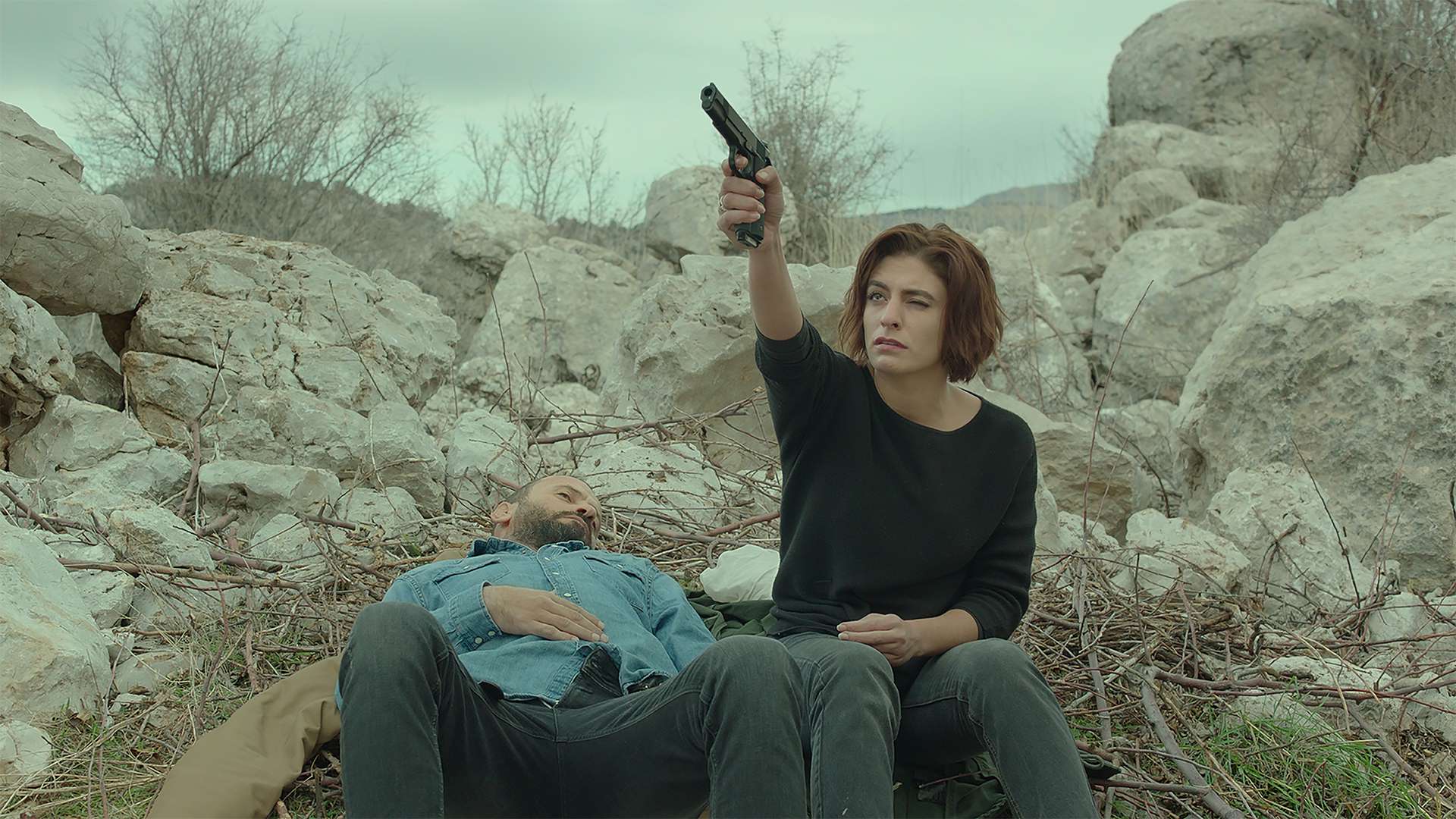 This distinctive existential feature from veteran arthouse filmmaker Ghassan Salhab has a stillness and a slow-burn sense of beauty that relies on sound and atmosphere to convey an enigmatic storyline that holds our attention for a while but is ultimately unsatisfying in the long run.

Essentially a two-hander, beguilingly captured in a series of elegantly framed cinematic long takes the film unfolds in the bosky autumnal settings in the Lebanese mountains where two characters appear trapped in an offscreen war zone that echoes around them as they share an enigmatic almost monosyllabic rapport punctuated by the threat of impending danger. Sudden raucous sound bites puncture the peaceful emptiness of the landscape and the river that runs through it – helicopters buzz overhead, along with occasional bomb blasts.

Clearly Hassan (Ali Suliman) and his girlfriend (Yumna Marwan) feel unsettled as they explore the rocky terrain and a palpable sense of tension gradually builds driven forward by the film’s glowering electronic soundscape, danger seems to emanate from deep underground, where some kind of atavistic force connected to the earth’s core signifies that nature is rebelling against man’s onslaught on its domain.

Yumna Marwan is a hypnotic presence and her feral magnetism captives Hassan. But rather than being put off by their impending danger, it actually fires up their ardour for each other in a physically satisfying encounter that dissipates the tension, for a while at least, as the two explore how their relationship seemed to exist long before they even met. But this encouraging idea is never really develops and the film drifts self-indulgently towards an aimless final half hour. Could The River be a metaphor for the garden of Eden corrupted by man’s onslaught on nature? Salhab leaves his story open to interpretation, but while the film all looks beguiling it doesn’t really reach a conclusion.

In his Cannes Jury Prize winning film Memoria, Apichatpong Weerasethakul takes his time to create an almost parallel universe using sound and atmosphere to convey a potent earthly force reacting to man’s hostile intervention on the earth. But his film language is far richer conveying a deep yet serenely meditative resonance with its far-reaching themes about man’s connection with nature and the spiritual world.