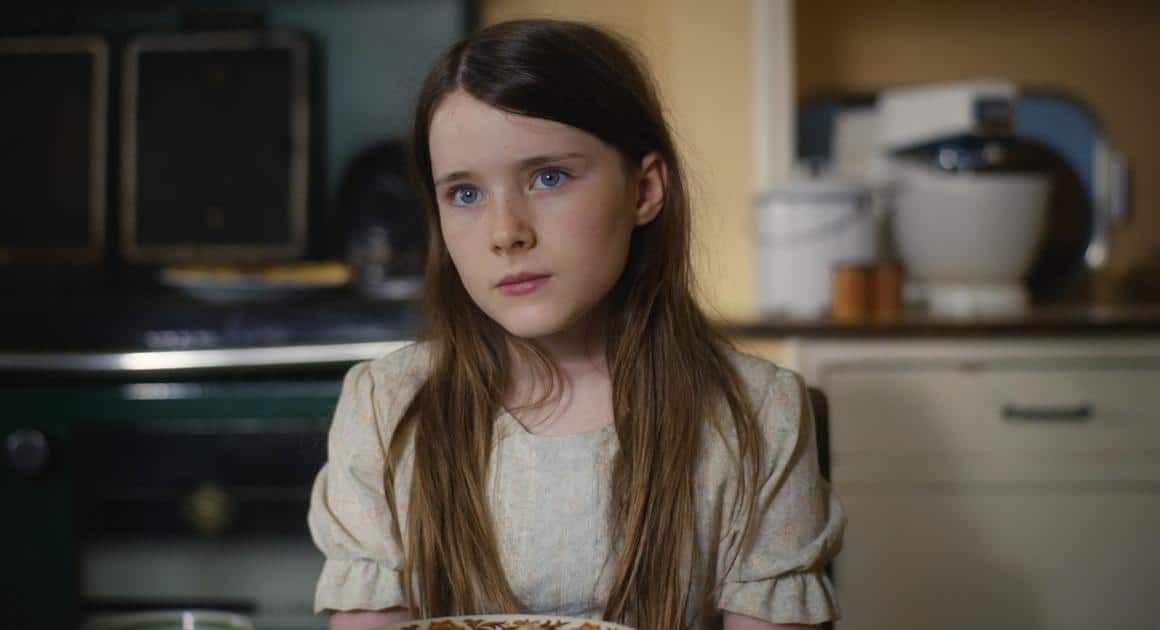 This delightful coming of age drama set in rural Ireland in the early 1980s is the Gaelic-language screen adaptation of Claire Keegan’s short story Foster and won a major Jury award at this year’s Generation sidebar at Berlin Film Festival.

Anyone who grew up in the era will really appreciate the exquisite attention to detail, and nuanced performances that delicately convey the mood without ever overdoing the emotion. And there are considerable emotions and harsh realities at play here: a dysfunctional family ground down by poverty; a little girl starved of love and attention; a grieving couple suffering in silence. The tranquil beauty of the Irish countryside seems to wrap them all in the soft blanket of summer but the hardships are undeniable and deeply affecting. This is a memorable modern classic that transcends the minor flaws in Colm Bairead’s feature debut.

Although she says nothing eight-year old Cait (Clinch) absorbs all the tensions at home where she is largely ignored by her older sisters, gambling father and pregnant mother and left to go hungry and unwashed to school where she struggles with lessons. An unexpected day out with her father culminates in a visit to a farm where she horrified to be left with Eiblin (Crowley) and Sean (Bennett) Kinsella, the middle aged couple who live there. Cait gradually blossoms in Eibhlin’s tender care and her being there seems to have a beneficial all round as she learns the ways of the farm with Sean who buys her new frocks and choc ices, Eileen showing her how to make jam and keep house during those happy summer holidays. She learns that not all men are bad, and some mothers are kind loving, although most women are gossips. But soon she must go back to school.

Slim of narrative but rich and resonant in the small details and in glorious settings captured in Academy Ratio by Kate McKulloch (Arracht), Bairead’s drama builds to an impactful climax and a deeply affecting ending.

IN CINEMAS AND ON CURZON HOME CINEMA
13 MAY