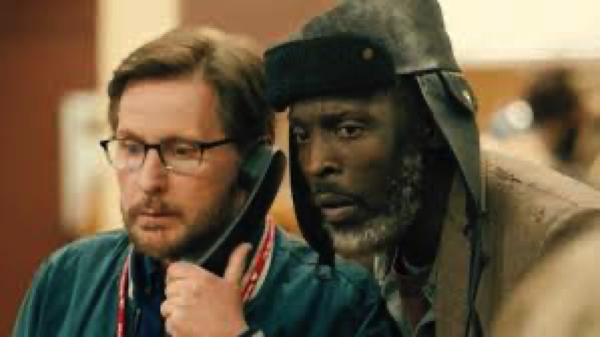 A film about the plight of the homeless should be taken seriously. With its starry cast, this one aims to be a crowdpleaser but is just a cliched formula strung together by slick production values and a bumptious score.

The Public starts decently enough with archive footage of a public information broadcast vaunting the merits of a career in librarianship for those who enjoy reading and conveying that to the general public. But in freezing Cincinnati libraries have become a refuge for the homeless who emerge as the highly intelligent protagonists of this overlong and preachy film. .

“Books saved my life” says Emilio Estevez who directs, writes and stars as Stuart Goodson the chief of the city’s large modern public library. Once homeless, this modest role model has now turned his life around and even started a sparky new relationship with Taylor Schilling’s former alcoholic Angela. Another cliche. But when a motley crew of homeless folks take over the library and occupy it on a freezing cold night the authorities are called it. How do you square the role of a public library in lending books to the reading public with providing shelter to the homeless. What starts as a human interest story soon becomes a lowkey hostage drama where the shelter-less pit their wits against a snide Christian Slater and his lawyer enforcers.

With a backbone of quality stars including Martin Sheen, Gena Malone and Alec Baldwin and a cast of newcomers The Public plays out like a Hollywood musical, its protagonists too smily and squeaky clean for us to really care about their shelterless state. There are even echoes of a large scale, less arty version of Kagonada’s recent Columbus as Juan Miguel Azpiroz’ camera reaches up to the skyline of Cincinnati trying to bring some artful contemplation to the show.

The Public is at heart a hostage drama but there’s no drama or even tension to speak of. And the vapid characters are underwritten and for the most part unconvincing. Although Estevez himself feels authentic and likeable at Goodson, his film is far too glib for its worthwhile subject matter who deserve at least our sympathy for their plight. MT