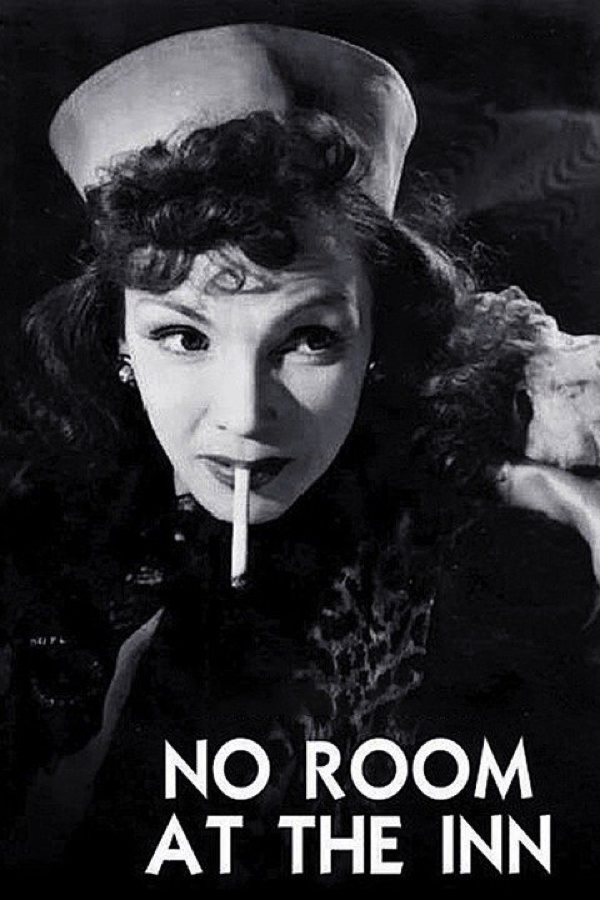 The Case For Daniel Birt and Dylan Thomas

In his series on underrated British directors, Alan Price looks at two films from English filmmaker Daniel Birt (1907-55) who started his career in the cutting room with Channel Crossing (1933) and went on to make thrillers and TV fare before his early death at 47.

On consulting Brian McFarlane’s “The Encyclopedia of British Film” (2003) I found this entry for Daniel Birt: “It seems unlikely that anyone will try to elevate Oxford-educated Daniel Birt to auteur status but one of his films is striking enough to deserve attention.”

That film is The Three Weird Sisters (1948), a fascinating semi-Gothic melodrama and quasi critique of capitalism, set in rural Wales. But there’s another Birt film worthy of attention: his remarkable drama No Room at the Inn (also 1948) about child evacuees of the Second World War in Northern England.

Like McFarlane I would hesitate to call Daniel Birt an auteur, but who knows for sure? Many of his films are hard to see (From 1935 to 1956 he directed just under ten films.) The invaluable TV channel Talking Pictures has recently screened Inn. Perhaps other Birt films will materialise so we can judge him better? He’s certainly a subject for further research.

What’s also distinctive about these two films is that they were co-written by Dylan Thomas. The Welsh poet was employed to re-write dialogue and change scenes; though maybe not paid to criticise, even scorn Welsh identity, local bureaucracy and insert a fairy-tale element into one of the stories. A case for complete authorship on these collaborations begins to throw up an interesting debate between writer and director.

The Three Weird Sisters (A deliberate nod here to the three witches in Macbeth) depicts three old fashioned and elderly women (played by Nancy Price, Mary Clare and Mary Merrall) living in a decrepit mansion near a disused mining village in Wales. The former mine collapses and destroys some property. The concerned sisters wish to rebuild the houses but have no money to do so. They call on Owen (Raymond Lovell) their local businessman brother to help them. On arriving at his sisters’ place Owen refuses financial aid. The sisters then devise a plot to kill him through poisoning his drink. It fails, so they continue on him whilst also attempting to murder Owen’s secretary Claire (Nova Pilbeam) the heir to his fortune.

The plot indicates some obvious shaky melodramatics yet The Three Weird Sisters keeps shifting tone: from a socialist condemnation of the wealthy, a horror comedy, a thriller and a romance between the secretary and the local doctor. On top of this are the machinations of the sisters, controlled by the blind Gertrude, needing to preserve their family name and traditions whatever the cost. Birt and Thomas’s switching from the creepy, the romantic and the political meshes quite well, giving the film an odd originality, while Birt’s visual style often reveals a deft eye for detail and imagery – numerous shots of the sisters on a rickety staircase, as unpredictable as themselves, hold your attention.

The film’s political rant is a denunciation of the Welsh nation and an attack on the inequality of a political system that exploited the village for coal, and then deserted it. One strange but memorable scene is worth describing; Nova Pilbeam flees the house to inform the local police of the sisters’ intentions. On receiving short shrift from the local constabulary she leaves to find Mabli Hughes (Hugh Griffiths) an out-of-work miner. He’s seated on a little hill near the neglected mine, addressing a group of four dogs, as if to rouse the workers against the system. “Here in Cumblast all social evils are condensed and crystallised. This one village may be regarded as the hub, the nucleus of a microcosm, of all Pluto-democratic, inevitable inequality.” That’s quite a hyperbolic mouthful and not the kind of dialogue you’d normally expect to find in a British film of the late 1940s. Understandably the secretary considers the miner’s speech to be sincere (if half-crazy) and quickly realises he’s reluctant to help her.

Although Dylan Thomas’s script is frequently perversely opinionated, it becomes the glue that holds the film together: best realised in the determined character of the secretary and Nova Pilbeam brings great conviction to her role. It’s the best written and least stereotyped part in The Three Weird Sisters. She’s feisty in her attempt to bring some common sense and order amidst the gothic strains of the film’s plot. Like her performance, when a young girl, in Hitchcock’s first version of The Man Who Knew Too Much (1932) Pilbeam may appear on the surface to be ‘over-sweet’ and too posh but underneath the surface charm she’s a no-nonsense woman, confident and focused. Nova isn’t going to be put down by incompetent men and dangerous women (nearly all the female characters in The Three Weird Sisters and No Room at the Inn are more strongly realised than the men.) 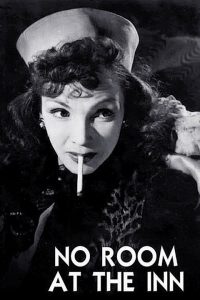 A sense of the Gothic also infiltrates No Room at the Inn set in the early months of 1940. We witness atmospheric blitzed streets by the railway bridge next to a rundown house that’s definitely on the wrong side of the tracks: all lorded over by Mrs Agatha Voray (Freda Jackson) doing her damn best not to properly look after three young girl evacuees. The children live in squalor and suffer mental and physical abuse under the care of this coarse woman who invites men (local councillors and shopkeepers) for casual sex and bit of cash to bolster her shopping allowance of ration coupons.

No Room at the Inn was adapted from a play that opened in 1945 at the Embassy Theatre in Swiss Cottage, London. Like the film it was very successful, causing The Daily Express in 1946 to devote considerable space to the plight of orphaned children in unchecked private homes. You could argue that by the time the film version appeared in 1948 public attention was drawn to a social problem in the manner that television did much later with Ken Loach’s Cathy Come Home (1966), exposing a nationwide housing crisis.

The character of the schoolteacher Judith Drave (Joy Shelton) is remarkable, for we have – like the secretary of The Three Weird Sisters – a force for truth-seeking that refuses to be silenced. A powerfully written and acted moment occurs when Miss Drave, who has complained about Mrs Vrang’s behaviour, is asked to give evidence at a town councillors’ meeting. They dislike Ms Drave’s assertive manner. When Mrs.Voray has her right to reply she adopts the manner of a humble woman struggling to do her best during wartime restrictions. The schoolteacher sees right through her performance. But the council members (half of whom have flirted with Voray) believe her account of things over the teacher’s. I love Dylan Thomas’s writing here. His social concern is angrily targeted at bureaucratic corruption and ineptitude. And it’s much better integrated into the plot than the politics of The Three Weird Sisters.

Like The Three Weird Sisters there are fascinating if disconcerting alterations of tone – such as the beautifully written bedtime story scene in the room of the young girl evacuees. Norma Bates (yes, not Norman, though the film has its moments of Hitchcockian darkness) who is played by Joan Dowling, re-interprets the Cinderella story in a ripe, savagely Cockney manner. She comforts the children who are desperate to escape the mean house and its mean housekeeper. It’s a spellbinding moment of Dylan Thomas poetics: a joyful spin on Cinderella, beautifully shot and executed. And its lyricism is made more poignant by intercutting with Mrs Voray in the pub getting drunk with the sailor father of one of the evacuees.

No Room at the Inn often seems prescient of much later British films about master and slave relationships between adults and children. It recalls Jack Clayton’s woefully neglected Our Mother’s House (1967) and Andrew Birkin’s adaptation of Ian McEwan’s novel The Cement Garden (1993). They all contain seedy and claustrophobic forces about to explode into violent revenge. Without divulging the ending of No room at the Inn I can reveal that – for the film version – Dylan Thomas was supposed to have radically changed the circumstances surrounding Mrs.Voray’s demise. And the film’s final 15 minutes turn remarkably dark and intense, avoiding histrionics, as the story inevitably descends into pathos, suspense and horror. There’s a scary What Ever Happened to Baby Jane moment when Mrs Voray, cheated by a would-be lover, returns home drunk and furious; ascends the stairs to attack the children, looking a for a moment like a demented Bette Davis.

Neither of these two films is without flaws. The ending of No Room at the Inn is too abrupt – though the story is told in one extended flashback, I felt it should have returned to its opening scenes where a now adult Norma is caught shoplifting: while Hermoine Baddeley, playing Voray’s accomplice, Mrs Waters, gives a truly terrible and grating performance. As for The Three Weird Sisters I found some of the humour, centring on grumpy brother Owen’s health, to be overplayed and though the film admirably attempts to wriggle out of its obvious ‘old dark house territory’ it doesn’t quite succeed.

Yet putting these reservations to one side what still impressed me, on a second viewing, were many of the performances. Freda Jackson brings a full-blooded intensity to the role of the selfish and uncaring Aggie Voray. She was a sensation in the play and that’s why they made a film version which launched her considerable career on stage and in the cinema. Jackson probably became a role model for actors portraying more authentic working class women. I wonder if Pat Phoenix (Elsie Tanner) of Coronation Street was influenced by her? As for all of the child actors in No Room at the Inn well they’re brilliant – especially Joan Dowling who’s street-wise confidence cannot hide her emotional damage. She deserved a prize but unfortunately the BAFTAs didn’t begin until 1954.

This is notable British Cinema of 1948. And these two strange and atypical productions struck me as remarkably individual for their time. Whether it was Daniel Birt or Dylan Thomas who was most responsible for their power I’ll leave you to decide. Neither film is on DVD. You can see No Room at the Inn on ‘Talking Pictures’ (should be up for another screening soon.) As for The Three Weird Sisters, that can only be found as a rough, but still watchable copy, on YouTube. Alan Price.