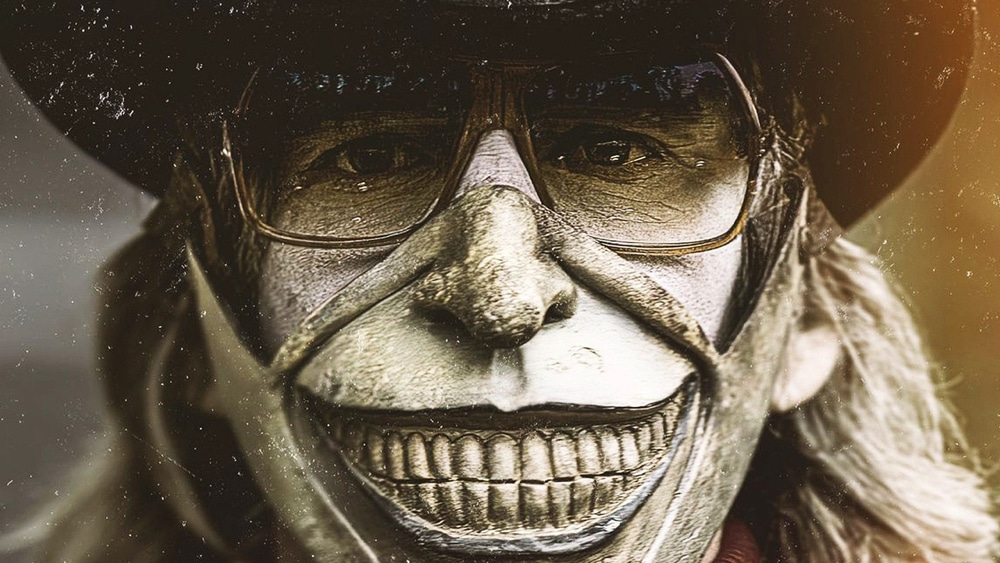 The Black Phone is set in the early 1970s around the time of Tobe Hooper’s cult classic Texas Chainsaw Massacre and with that same grungy aesthetic – there the similarities end. Derrickson has made some decent movies but this isn’t one of them; a despicable horror outing that follows two kids and their abusive father during the sinister goings in a down-at-heel rural backwater somewhere near Denver.

Bullied at school and beaten by their dad, their mother having committed suicide, Vinny (Thames) and Gwen (McGraw) do their best to survive by giving each other emotional support until Vinny is bundled into a van by a masked weirdo (Hawke) who goes by the name of “The Grabber”.

Well that’s the first half hour, the remainder of the film descends into a well of psychological torture (for the audience as well as the kids) as spunky Gwen tries to track down her brother, and tough teenager Vinny is forced to endure the nefarious ministerings of Hawke’s uninspiring psycho and a series of silly anonymous calls from the so-called ‘Black Phone’ on the wall of his subterranean padded prison.

The only mystery here is why producers keep funding this kind of drivel. It’s sad, depressing and, worst of all, not even scary and has been done so many times before, and far better. If you don’t nod off early as the narrative torpor drones on, your attention will soon be drifting off to what’s in the fridge for dinner. And the gratuitous physical violence afflicted on Gwen by her deranged father (Davies) is simply inexcusable in a new feature film, given the current climate of hatred women are enduring all over the world. MT

NOW ON RELEASE IN NATIONWIDE