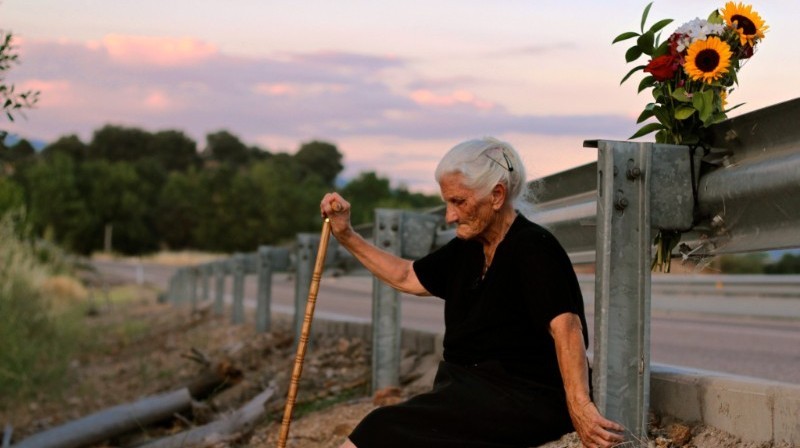 The Accountant of Auschwitz (2018) Netflix

Oskar Gröning, known as the accountant of Auschwitz, lived out a peaceful existence in his hometown of Lüneburg in Lower Saxony for 70 years  – unperturbed by guilt or singled out for his actions as an active member of the SS of Auschwitz. He would eventually get his comeuppance in 2015.

In his debut documentary Canadian director/writer Matthew Shoychet chronicles the 2015 trial against Gröning, featuring testimonies from the defendant himself and the surviving victims and the last living judge from the Nuremberg trial and Holocaust deniers.

Born in 1921 into a nationalist family, Oskar Gröning was unremarkable but seized the opportunity of a lifetime when he joined the SS during the Second World War. Employed at Auschwitz, he was responsible for overseeing all the artefacts stolen from Jewish internees as soon as they arrived at the Polish camp. The goods trains would turn up laden with their human cargo and Gröning would be present and correct on the infamous “Rampe”, where Dr. Joseph Mengele, the Angel of Death prepared to make the macabre decision as to who would be gassed immediately, or who could be of some use as a worker for a limited period. Gröning witnessed some gruesome events: when a mother turned up with her suitcase hiding a her baby, the child’s crying gave them both away to the guards and both were immediately executed. “The crying stopped” was all Gröning had to say.

But the survivors’ reactions could not have been more different: Bill Glied (who died in 2018) even considered that a certain form of justice had been done. But Eva Morez, who survived the deadly twin experiments of Joseph Mengele (together with her sister Miriam), expressed extreme gratitude to Gröning, offering him a hug.

Benjamin Ferenc, Judge at the Nuremberg Trials, explains why the outcome of this trial is so important and why there should never be a statute of limitations for genocide. He explains how the German justice systems had absolutely no vested interest in prosecuting SS men and other guards who kept the concentration camps going. Sure, they were little cogs in the death machine, but without them, it would have ground to a halt.

The SS had around 800, 000 men in 1945. And although it was declared a “Criminal Association” only around 200,000 the members were vetted,  a mere of these 6000 prosecuted, with just 124 life sentence given out. The judges had a vested interest in making sure the whole affair was kept low-key, lest they themselves be implicated. In the end Oskar Gröning was found guilty and sentenced to four years’ imprisonment as an accessory to murder in thousands of cases. He lost all his appeals but died before he started his sentence in 2018.

The Accountant makes for sobering viewing: once again it shows how the huge majority of German civilians of the time actively supported the concentration camps by keeping ‘schtum’ and shielding those involved in the atrocities. Even today films like Luke HOlland’s Final Account (2020) show how Germans turned a blind eye to the Holocaust, some actively condoning it. AS