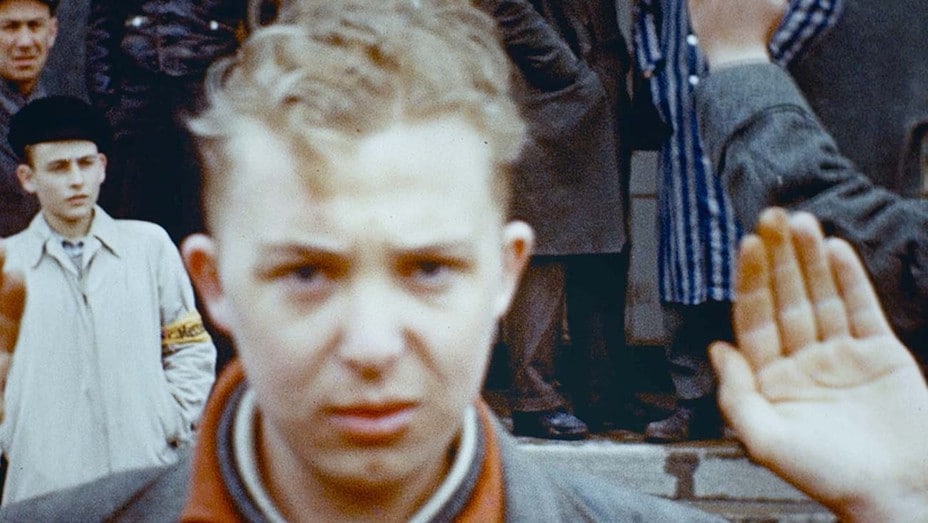 British filmmaker Luke Holland goes the other side of the fence in this definitive documentary that plunders the memories of German Second World War veterans involved in Hitler’s Nazi regime.

Final Account is a candid film that pulls no punches in its trenchant expose of German and Austrian wartime veterans – both men and women. And although the director maintain his distance – his grandparents lost their lives in the camps; what emerges is startling and often depressing.

Blue-eyed witnesses now in their 80s and 90s reminisce over their joy and excitement at being part of the Hitler Youth Movement that allowed them to indulge in a variety of sports such as swimming and athletics that had previously been denied them during the early 1930s in Germany.

But others even ended up engaging in sports of a more gruesome nature when they decided to join in Hitler’s ethnic genocide and become direct participants in the horrors of the prison camps. What emerges is not always palatable to watch and several interviewees continue to deny the gravity of their actions in the name of their country, whether through selective amnesia or embarrassment.

Twelve years in the making and enriched by footage and photographs from the personal albums of those involved Final Account is a vital and worthwhile addition to the Holocaust canon. But the casual denial and abdication of responsibility of those who took part in the Wehrmacht, or SS, will be a bitter pill for most viewers to swallow.

Most Germans claim to have been carried along on a wave of nationalistic pride, or were ‘just obeying orders’. Others state allegiance to the Hitler’s view that German Jews were becoming too successful and clicquey. One ex SS office is honest enough to admit that he didn’t particularly care when hundreds of synagogues were burnt down on Kristallnacht in 1938. Another man, pictured in his farm, explains he didn’t hesitate to telephone the police when his Jewish neighbours tried to hide in his barn to avoid capture, bringing to mind the ‘banality of evil’. Another man remembers a childhood song about “Knives sharp enough for Jewish bellies”. He now admits to be shocked at the memory. A group of women in a care home cast their mind back to the smell of burning and black smoke billowing from a nearby furnace, while they gleefully enjoy coffee and biscuits.

These are tragic recollections superbly edited by Stefan Ronowicz in a film that never descends into sentimentality or melodrama – just a stark and sober revelation of human indifference. MT