Nashville, undoubtedly director Robert Altman’s greatest feature, was scripted by Joan Tewkesbury and shot by Paul Lohmann: it is still, 26 years later, a magnificent portrait of the American South.

Set in Nashville, Tennessee, is tells the stories of stars, drifters and wanna-bee singers, all fascinated by country music and unaware of anything political going on: the most important agitator is never seen during the Presidential primaries for 1976 election: Hal Philip Walker, an early Donald Trump version, candidate and founder of the radical right ‘Replacement Party’, sends his PR man on a mission to win over musicians for his campaign.

Twenty-four central characters pass the baton around, the playing field gradually growing until violent fragments destroy nearly everyone’s life. Barbara Jean (Blakley) is the archetypal Loretta Young type, mismanaged by her punitive husband, living in her own world, even if on stage – but still remaining the ‘Queen Bee’.

Rival Connie White (Black) makes a good enough stand-in after Barbara, just recovered from treatment on the East-Coast for a burn treatment, has lost it completely in front of a bewildered audience. Singer and promoter Haven Hamilton (Gibson) had opened proceedings with his recording of “We must have done something right to last 200 Years” hymn on the United States. Hamilton is upset with his son Bud (Peel), who has hired the “wrong” pianist. Haven breaks off the session and tells the pianist: “Get a haircut, you do not belong in Nashville”. His companion Lady Pearl (Baxley) is certainly living in the past: she had had worked for the Kennedy brothers in the 1960s and 1968 elections, and can’t get over her frustration about Nixon winning Tennessee by a small margin over JFK in 1960.

Then there is Tom Frank (Carradine) a narcissistic womaniser and singer – Carradine would win the only Oscar for Nashville, for his original song. Tom spends all day and night in bed, inviting women to join him. One of them is Linnea Reese (Tomlin, in her debut), a mother of two deaf children and member of a Gospel Choir. Also to be found between his sheets is BBC reporter Opal (G. Chaplin), who makes the most inappropriate racial comments when interviewing members of the music scene. When she visits a disused car lot, her take on this hyperbole is more suited for the millennium.

Two women try their luck as newcomers: Albuquerque (Harris) is running away from a husband, and trying to get a debut as a singer. She has no idea how her wish will eventually become reality. Sueleen Gay (Welles) is a waitress, who in spite being tone-deaf, tries her luck as a singer: The rowdy audience cajoles her into stripping. There is a quartet of more lowkey participants, led by Mr. Green (Wynn), who is looking after his dying wife in hospital. His niece Joan (Duvall) is an incompetent groupie who never gets to see her aunt or meets the musicians. A uniformed soldier (Glennon) is lurking around Barbara Jean during most of the film, we fear the worst, but the shots at the ending are fired by smart and pleasant Kenny (Hayward).

Nashville is a kaleidoscope of celebrity fandom showcasing the early stages of political manipulating through culture. Haven Hamilton has been given the nod to become the next Governor of the State if he supports Walker. But the drifters and onlookers are given equal screen time for their shattered dreams. A marvellous script which is acted out by a stellar ensemble cast. Nashville remains the benchmark for everything following in its wake. AS 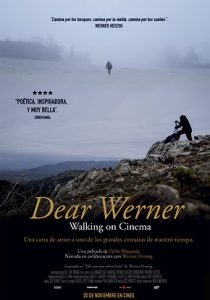 Visions du Réel, International Film Festival Nyon, will pay tribute to one of the world’s major filmmakers during its 50th edition. It is Werner Herzog who will be awarded the Sesterce d’or Prix Raiffeisen Maître du Réel during the 2019 edition of the Festival (5–13 April 2019). In partnership with the Cinémathèque suisse and the ECAL. The audience will meet the legendary film director at a Masterclass on 9 April and screenings of a selection of films, as well as his latest feature-length film, Meeting Gorbatchev (co-directed with André Singer), will have a Swiss premiere.

Werner Herzog was born in 1942 in Munich, Germany and has been living between the Bavarian capital and Los Angeles since 1984. A leading figure of the post-war New German Cinema, he has directed about 70 films.

Moving freely between different forms and processes, fiction and documentary, as a filmmaker whose approach is as philosophical as it is physical, Herzog constantly aspires to “walk to the ends of the earth” (The Dark Glow of the Mountains). At times omnipresent, at times leaving room for others, between heroism and testing limits (Herakles, his first short film in 1962, or The Great Ecstasy of Woodcarver Steiner), megalomania (Aguirre, the Wrath of God or Cobra Verde, two of the five films made with the actor Klaus Kinski), and a certain taste for madness and the absurd, the filmmaker explores and surveys beings and places, not without humour or (self)derision (Encounters at the End of the World). Author of more than a dozen prose works, he has worked with Isabelle Adjani, Nicolas Cage, Christian Bale and Nicole Kidman among others and won the award for Best Director at the 1982 Cannes Film Festival for his masterpiece Fitzcarraldo. www.visionsdureel.ch/festival/maitre-du-reel-2019 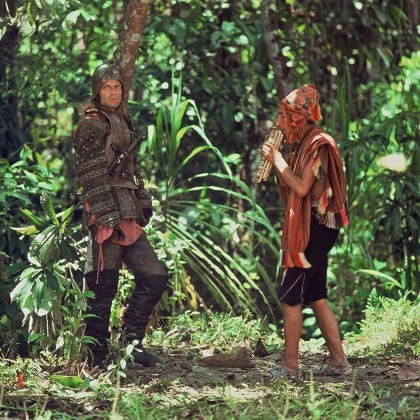 MY BEST FRIEND, (MEIN BESTER FEIND, 2011), Werner Herzog’s documentary about his  work with KLAUS KINSKI and their outrageous love/hate ralationship, is an interesting companion piece to AGUIRRE providing extraordinary, at times hilarious, comment and footage about the making of the film.
Copyright © 2022 Filmuforia