The Tenant completes the Apartment Trilogy following on from Repulsion and Rosemary’s Baby and a faithful adaptation of the 1964 novel Le Locataire Chimerique. Polanski directs, co-writes and appears as a Polish emigré called Trelkovsky in this allegory of the outsider in society, a poignant reminder of the immigrant in these Brexit-ridden days.

Paris is the sombre star of the twisted psychodrama, squalidly romantic and steeped in Jan Nyqvist’s evocative visual gloom that unearths nostalgia for the Paris of the 1970s with its sleazy backstreets and nicotine-stained bars where seedy raincoated types breakfast on Gauloises and Café Crème.

Based on the book by Roland Topor, this portrait of paranoia is punctured by lewd moments of humour and a scabrid script. Trelkovsky is a timid, insignificant sort of functionary. Despite his newly acquired French citizenship he is painfully aware of his foreign status in the eyes of the chauvinist French. Renting an two-room apartment where the previous tenant has attempted suicide, he remains a doleful character soaking up the ancient atmosphere of the squalid apartment block with its ghostly corridors, strange noises, and litany of neighbour complaints, until he gradually takes on the guise of the former occupant of his flat in the rue des Pyrénées: Simone Choule.

Polanski gives an understated but persuasive performance and one that leaves us reflecting on his own tragic past. The horror slowly unravels to Philippe Sarde’s poignantly plangent score (with its suavely syncopated dance sequence). Trelkovsky’s American colleagues gradually fade into the background leaving him a vulnerable figure troubled by his sniping landlord and accusing neighbours, imagining the worst in this moribund backwater of the city’s former industrial heartland.

The director clearly feels for his character, a seedy little outsider who is desperate to do the right thing. He pours the anguish of his own past into this Polish alter ego, from the loss of his mother in a concentration camp, to a childhood of rejection from foster families on account of being Jewish, to the brutal bloody murder of his wife and unborn child. Trelkovksy also becomes obsessed with Simone and her mysterious past, even entertaining a friend and comforting him when he turns up unaware she had subsequently lost her fight for life in the Hospital Bretonneau. Simone’s  funeral is particularly macabre adding a Gothic twist this richly textured saga. Gradually empathising with Simone’s terrifying breakdown he embodies her whole being, dressing in her frocks and a grotesque wig. Haunted by the past the present becomes his reality in flesh and blood, echoing in his horrifying screams that resonate with a wartime siren in the final moments. Pity, shame and humiliation in the Père-Lachaise.

Polanski would go on to win an Oscar for his 2002 thriller The Pianist. The Tenant limped home empty-handed from Cannes, a bruised and broken, intimately private film, feeding into the director’s personal brand of enigmatic psychosis, the outsider’s descent into self-inflicted purgatory that eventually becomes self-realising, or is it just a nightmare?

Strangely Polanski received no acting credit for his quietly appealing role alongside Isabelle Adjani’s nonchalant lover, Shelley Winters’ sulky concierge, Lila Kedrova’s tortured neighbour and her crippled child. Watching the film you can’t help meditating on Paris’ grim revolutionary past. For me, every part of France is a film memory: Claude Chabrol’s Le Boucher is Bergerac; Swimming Pool (2003), Avignon; A Prophet (2009) very much embodies the fighting spirit of Marseilles; La Reine Margot is resolutely Bordeaux: but Paris is The Tenant, one of the most haunting films ever made. MT

NOW on BLURAY | THE TENANT IS SCREENED most recently as part of a Roman POLANSKI RETROSPECTIVE AT THE BFI, LONDON DURING JANUARY AND FEBRUARY 2013 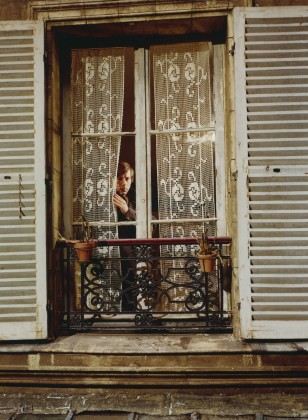