Twenty years ago a violent civil war raged in the Congo and was fought out between Rwandan and Ugandan forces, who supported the two Democratic Republic’s factions. Over four thousand Congolese lost their lives in Kisangani alone in a war that ignited in June 2000 and became to be known as the Six-Day war.

Acting as his own DoP, experienced documentarian Hamadi zeros in on the domestic detail and the wider issues arising from class structure which leaves a particularly brutal legacy in this post-colonial world. This is a place where life-changing injuries still haunt the victims: double amputees like Mama Kawale and Mama Bahingi, and quadriplegic Mama Kashinde have managed to make their days bearable by playing wheelchair basketball. The atmosphere is intense, and every shot at the basket counts: this is no feeling of competition except with themselves, and their individual scores bolster self-confidence.

Hamadi is familiar with the territory having grown up during the massacre. The victims of Kisangani’s war were thrown naked into mass graves, as one of the survivors recalls: “we are walking on corpses”. The survivors have clamoured for nearly twenty years for compensation from the Central government – in vain. Their plight and pain is never diminished, in fact it gets worse, and club together to select a delegation to travel downstream on the Congo river to the capital Kinsasha, where they will demand justice from government officials and their MP. 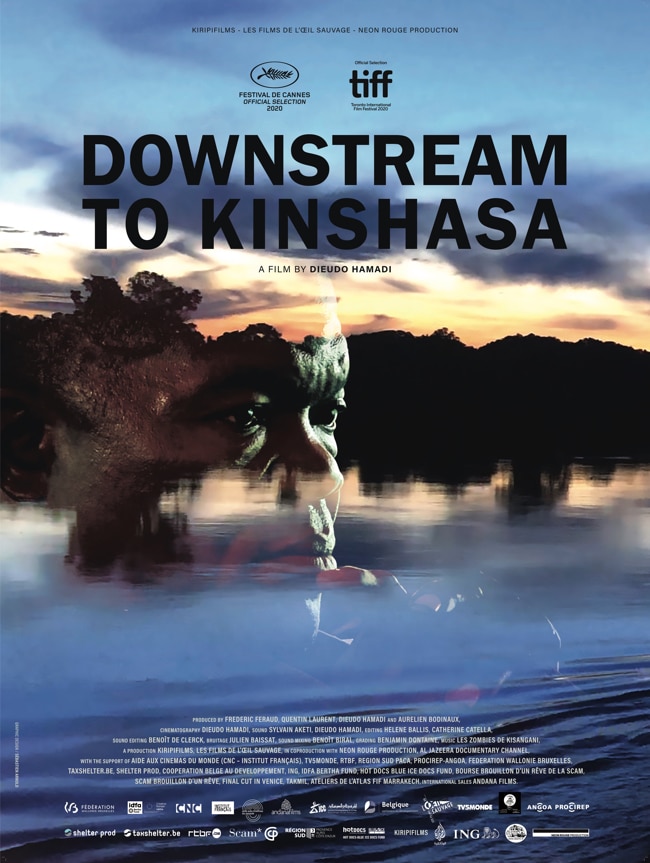 Intercut with the documentary are scenes from the Agit-Prop theatre of the survivors, which uses music and short scenes to bring home their message. Two simple boats are hitched together, and the delegation team buys food for the journey from vendors on little boats. Arriving in Kinshasa, the positive carnival atmosphere of the journey changes into disappointment when delegation is banned from accessing the government building. Their local MP is not there to engage with their concerns because of the approaching election. So they are put their time to good use raising awareness of their plight with brightly coloured banners – spelling mistakes corrected – before installing themselves in peaceful protest only to be drenched by torrential rain. It’s a pitiful sight, and we feel for them. Eventually they will have something to cheer about when the unsupportive president of the Republic, Joseph Kabila, is replaced by Felix Tshisekedi in the 2018 December elections. But Kabila leaves a legacy, allowing him to select the incumbent Prime Minster. In an elliptical ending, we return to the lively streets of Kisangani, with the delegation walking proudly with their heads high.

Downstream could be called a Road-Movie but that seems too trite a description for this pilgrimage of humanitarian relief and Hamadi reflects this in his poetic and lyrical visual treatment. Eschewing a sentimental approach as all times, Hamadi never victimises the survivors, but triumphs in their fighting spirit kept alive by their exuberant theatre work and their courageous journey to the capital. AS

DOWNSTREAM TO KINSHASA (EN ROUTE POUR LE MILLIARD) won the Golden Dove at the 63rd edition of the International Leipzig Festival for Documentary and Animated Film DOK Leipzig, as well as the Prize of the Interreligious Jury |
ON RELEASE ON MAJOR PLATFORMS

Magnificent landscapes give way to mass murder and mayhem in This Is Congo, Daniel McCabe’s cinematic documentary that follows several of his compatriots surviving twenty years of conflict in this war-torn nation. Congo’s leaders have chosen war in place of an intelligent way of harnessing the country’s abundant mineral wealth, and ensuring peace and prosperity for its people.

Most of us have never been to this lush mid-African country three times the size of Texas. Fertile soil encourages agriculture and provides a rich cocoa-dusting for the country’s ample mineral reserves of tourmaline, manganese, copper, bauxite and gold.

McCabe knows from experience that filming will be dangerous here and certainly gives a flavour of the perils in the opening scene where booming mortar fire sends tremors through our seats while onscreen the fleeing Congolese protect their kids and livestock  on the run.

Bordered by Rwanda and Uganda, The Democratic Republic of Congo sounds like a country of the free and enabled. It is quite the opposite: a place divided by macho rebel forces, such as the M23, who compete with rival militia groups while the government-led forces continually strive to keep control and calm the masses under the auspices of Colonel Mamadou Ndala who eventually loses his battle – in the surprising final scenes – not to the enemy but to his jealous officers threatened by his energy and charisma.

Voiced by the melodic tones of Isaach de Bankole), the real heroes of the Congo are not the generals and fighters but the enterprising civilians: voluptuous business woman Mama Romance who trades precious gems in the main port of Goma and tailor Hakiza Nyantaba who traipses from village to village with his trusty Singer sewing machine. With great sensitivity and dispassion, McCabe shows us a nation surviving against the odds, its people forced into a peripatetic mode of existence, cheerful and philosophical despite their trial and tribulations. MT