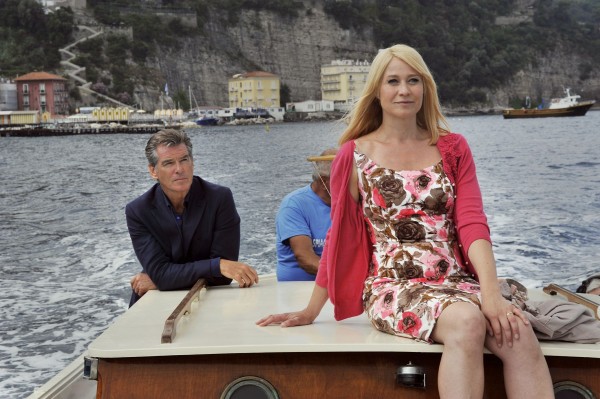 Daughter to German and Russian Jews, Writer/Director Susanne Bier was born in Copenhagen, Denmark in 1960. She first studied art at the Bezalet Academy of Arts and Design in Jerusalem and then architecture at the Architecture Academy in London, before returning to Denmark to study as a Director at the prestigious National Film School of Denmark, graduating in 1987. Other alumni from around that time include Bille August, Lars Von Trier (1982), Lone Sherfig (1984) Anthony Dod Mantle (1989) and Thomas Vinterberg (1993).

Her graduation film helped set her on her way, winning first prize at the Munich film school festival. She followed this up with Freud Leaving Home in 1990 and Family Matters in 1993, but it was The One And Only in 1999 that proved her breakthrough, winning several gongs at the Danish Film Academy Awards and proving a great success with home audiences, breaking box office records. It also began a lasting and productive relationship with actress Paprika Steen, who went on to perform in several of her films, including her latest, Love Is All You Need.

In 1995 Trier and Vinterberg announced the Dogme ‘95 movement, based on a manifesto based very much on Francois Truffaut’s essay of 1954 concerning low budget filmmaking, saying that in a world of prohibitively high budgets, they wished only to redress the balance.

Open Hearts (2002) was Dogme film #28 and a great success internationally. It also moved Bier towards a more minimal methodology of filmmaking. The highly acclaimed Brothers (2004) and After The Wedding (2006) also helped greatly in her ascendancy, the latter being nominated for Best Foreign Film at the Academy Awards. However, like many ‘foreign’ directors before her, she stumbled with her first American offering, Things We Lost In The Fire (2007) starring Benicio Del Toro.

Bier doesn’t confine herself solely to shooting feature films, taking on shorts, commercials and music videos. Her strength lies in her ability to explore the minutiae of relationships and the cost of betrayal, pain and forgiveness. Certainly her own take on things is that she wishes to address the conflict between characters and addressing storytelling and psychology, to make emotions the undercurrent to a story.

Bier has been married twice and has two children, Gabriel and Esther. She still believes ‘family’ has been her biggest influence and that she would have never become a filmmaker without children; that they gave her a career, rather than robbing her of one.
She says she desires very intense, close, intimate relationships with everyone she is involved with. ‘That way of living definitely informs the stories I tell.”

Bier has stated in the past that ‘her Jewish heritage embedded a strong sense of family in conjunction to a sense of instability and turmoil’. As a result of her fathers need to flee to Denmark, where he met her mother and then their need to escape yet again to Sweden at the onset of the war and this has proved to be influential in her work.

Her detractors at home say that her films have become too commercial and lack artistic value, however, she believes that she has a strong ability to empathise and her long term co-writer Anders Thomas Jensen agrees, saying that she has an innate ability to put herself into her characters shoes, making her a fine filmmaker and so allowing her characters to transcend borders.

To date, she has won an astonishing 29 awards, internationally and been nominated for a further 23. Bier also remains though the only Danish female to be nominated for two Academy Awards, winning Best Foreign Film with her 2010 offering, In A Better World.
This year she was invited to be a member of the Berlinale Jury.