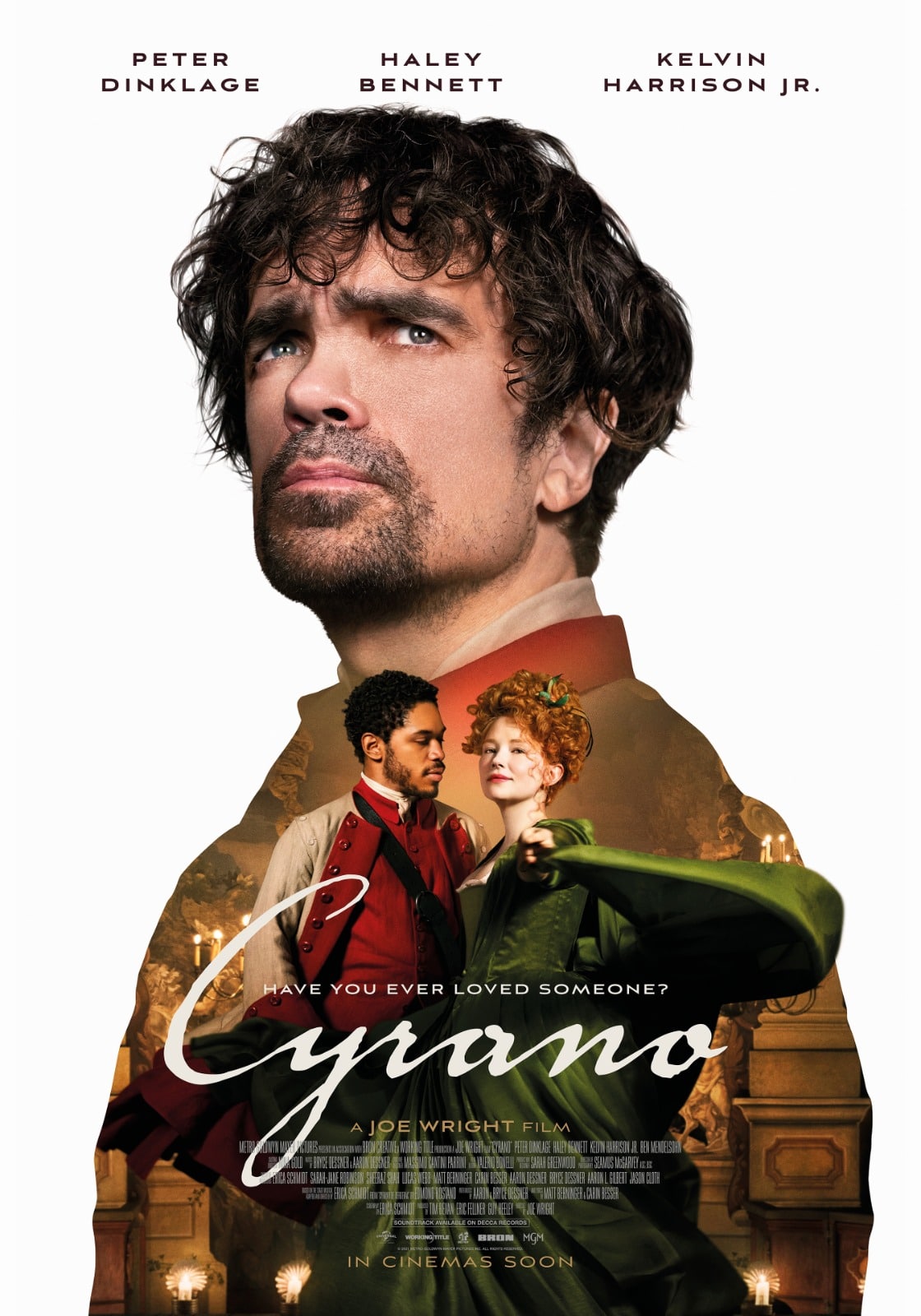 The inaugural edition of the Red Sea International Film Festival is set to bring the best in Arab and World Cinema to the UNESCO world heritage site of Jeddah Old Town.

The Festival will open with Joe Wright’s musical dramady CYRANO (2021) based on Edmond Rostand’s 1897 play and starring Peter Dinklage in the lead alongside Ben Medelsohn and Haley Bennett (as Roxanne). The world premiere of Egyptian director Amir Salama’s BARA EL MANHAG closes the festival in a light-hearted mode after ten days showcasing a compelling slate of new and diverse films, alongside a retrospective programme celebrating the masters of cinema as well as introducing audiences to exciting new voices from the region and beyond. The Festival will provide a platform for Arab filmmakers and industry professionals from around the world to connect, host feature and short film competitions, and present a series of events, masterclasses, and workshops to support emerging talent.

COMMUNION is the latest film from Tunisian actor, director and writer Nejib Belkadhi. In life under lockdown, Sarra works from home, helping people distressed by Covid-19. The film questions whether they can survive this confinement without sinking into depression and whether their marriage can return to normal. The film is one of 14 to receive a grant from the Red Sea Fund, and will have its world premiere at the Red Sea International Film Festival.

PAKA – RIVER OF BLOOD (above) s the feature debut from Indian writer and director Nithin Lukose. The Malayalam-language drama introduces us to two families in North Kerala that that for generations have been locked in a blood feud, separated by the river running between them that has become a makeshift graveyard for the feud’s many casualties. When Anna and Johnny, scions of these opposing clans, fall in love, it signals hope to ending the violence – until another body is pulled from the river. 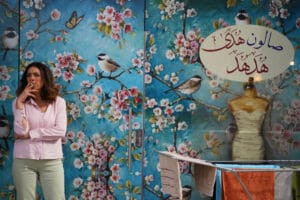 HUDA’S SALON (above) is the latest film from Academy Award nominated Palestinian filmmaker Hany Abu-Assad. The film, written and directed by Abu-Assad, follows Reem, a young mother married to a jealous man, who goes to Huda’s salon in Bethlehem for a haircut and an attentive ear. The feminist thriller portrays two women fighting for their freedom, filled with contradictions and battles between betrayal and loyalty.

In its world premiere at RSIFF, SOULA (above) is the directorial debut feature from Salah Issaad, co-written with Soula Bahri. Bahri plays herself in this road movie about a young single mother rejected by her family. Trying to make it through the night with her baby, she sets out along the roads of Algeria, only to find herself caught up, through a series of unfortunate encounters, in a spiral of violence. 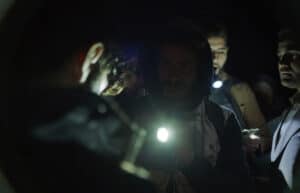 EUROPA (above)is the latest feature from writer and director Haider Rashid. Intent on leaving Iraq for Europe, Kamal faces a long, difficult and dangerous journey on foot. Crossing the border between Turkey and Bulgaria, where local mercenaries are hunting down migrants, he must negotiate a seemingly endless forest that is also host to a lawless underworld. The film premiered during this year’s Cannes Directors’ Fortnight.

BRIGHTON 4TH is the third fiction feature from Georgian New Wave director Levan Koguashvili. Kakhi, a former Olympic wrestler, travels to New York to clean up a mess made by his gambling addict son, Soso, who was trying to marry Lena for a green card. Khaki discovers that life in America is not that different from Georgia. The film presents a touching exploration of masculinity in a stunning central performance by real-life former Olympic wrestling champion Levan Tediashvili. Selected as the Georgian entry for the upcoming 94thAcademy Awards, it had its world premiere at this year’s Tribeca Film Festival, where it won Best International Narrative Feature Film. 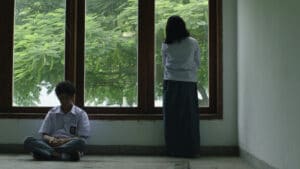 YUNI above)  the latest feature from award-winning Indonesian writer and director Kamila Andini. At 16, Indonesian schoolgirl Yuni will qualify for a highly-prized college scholarship if she maintains good grades and avoids marriage. She has already rejected two suitors, but her community’s belief is beginning to close in on her: if a woman rejects three proposals, they say, she will never marry at all. The film had its world premiere at this year’s Toronto International Film Festival, where it won the Platform Prize, and has been selected as the Indonesian entry for the upcoming 94th Academy Awards. 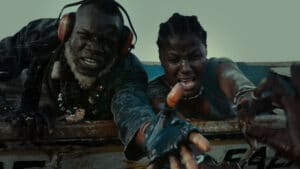 SALOUM (above) is the latest feature from Congolese writer and director Jean Luc Herbulot. Set against the backdrop of the 2003 Guinea-Bissau military-backed coup d’etat, an elite trio of mercenaries extract a drug dealer and his wares from the chaos to take him to Dakar, Senegal. The escape goes awry, leaving them stranded in the Sine-Saloum Delta, an area rife with myth and mystery, where the mercenaries face an unexpected foe from local legend.

RUPTURE directed by Saudi filmmaker and writer Hamzah Jamjoom is a suspenseful drama that follows a Saudi pregnant woman who must decipher reality from dreams, drug-induced delusions, and perceptions of death before a killer gets to her and her family. Her fractured life and memory are not the only thing that stands in her way.

REHANA MARYAM NOOR is the second feature from Bangladeshi writer and director Abdullah Mohammad Saad. A tense tale of abuse, accusation, and resistance, the film depicts the opposition and negligence at a university when Rehana, an assistant professor, reports a professor abusing students. The film was selected in the Un Certain Regard section at this year’s Cannes Film Festival, becoming the first Bangladeshi film to be featured in this category. It has also been selected as the Bangladeshi entry for Best International Feature Film at the upcoming 94th Academy Awards. 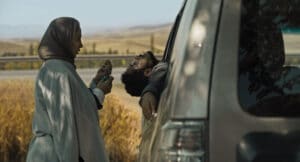 HIT THE ROAD (above) has been one the highlights of the summer festival circuit in Europe and the feature debut from Iranian writer and director Panah Panahi. This road movie is a rollercoaster ride of emotions – from belly-aching laughter to a sea of tears – as a family of four take a borrowed car on a road trip to the sounds of 1970s Iranian pop. The film premiered at this year’s Cannes Film Festival, where it competed for the Caméra d’Or for best first feature. At the BFI: London Film Festival, it won the top prize for Best Film.

Written and directed by Al Hadi Ulad-Mohand, LIFE SUITS ME WELL is set in the mid-1990s, in a small town in the north of Morocco, where Fouad is the only employee of the local post office. When he is diagnosed with a neurological disease, his whole family enters a new chapter of their lives during which they rediscover what life means to them. The film is one of 14 to receive a grant from the Red Sea Fund, and will have its world premiere at the Red Sea International Film Festival. 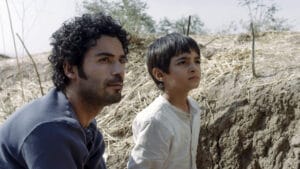 NEIGHBOURS (above) is the latest film from Kurdish writer and director Mano Khalil. Arabs, Kurds and Jews live amicably together in a small Syrian village on the Turkish border. The arrival of a fanatical new teacher at the primary school divides the community, where 6-year-old Sero finds his own small world turned upside down. Drawing on his own experience, Khalilpays tribute to the good neighbours of his childhood.

FARHA (above) is the feature writing and directorial debut from Jordanian filmmaker Darin J. Sallam. In 1948 Palestine, 14-year-old Farha has almost convinced her father to let her go to school in the city. Her village comes under a bombing attack and her father leaves, locking her for safety in the family’s cellar and promising to return. Through a small hole in the wall, Farha watches the village she was excited to leave turned to rubble, bearing witness to the collapse of her country and the forced displacement of its people.

Written and directed by Samir Nasr, SHARAF is adapted from the novel of the same name by acclaimed Egyptian writer, Sonallah Ibrahim. Sharaf may dream of being fabulously rich, but when he ends up in prison after killing a man in defence of his honour, he has to wake up fast. Prison mirrors the outside world, with all its systemic inequality, injustice and corruption– although, even here, Sharaf believes he can make his fortune. The film will have its world premiere at the Red Sea International Film Festival. 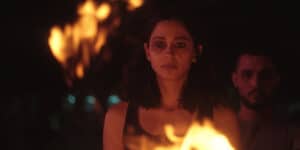 THE ALLEYS (above) is the feature directorial debut from Jordanian filmmaker Bassel Ghandour, who also wrote the film. East Amman’s labyrinthine neighbourhood Jabal Al Natheef runs on a toxic brew of gossip and violence. Just one thing is certain: that the shadowy corners of the alleyways are crawling with secrets. Ghandour is most well-known for writing and co-producing the 2016 BAFTA winning and Academy Award–nominated Theeb.

The inaugural edition of the Red Sea International Film Festival will run in Jeddah, Saudi Arabia from December 6-15, 2021.