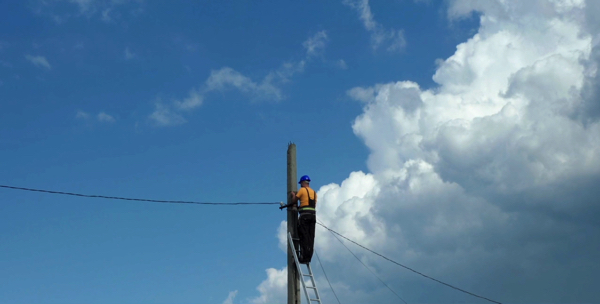 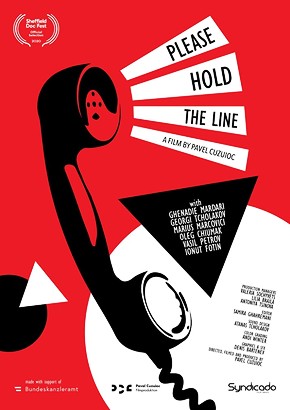 The past and the present collide in this darkly amusing deep dive into the human side of the digital age. And each are as complex as the other according to Pavel Cuzuoic, whose third documentary works on two levels: As an abstract expressionist arthouse piece and a deadpan social and political satire. What emerges is a priceless look at a society in flux in Bulgaria, Romania, Moldova and Ukraine. The old fights with the new, refusing to give in.

Pavel Cuzuoic started his film career as a sound recordist notably for Nikolaus Geyrhalter in Earth. Essentially a series of episodes involving human experiences with the internet and telephony, this is an expertly edited atmospheric film that proves that human contact is still king. The digital age with its pretensions to slimline and simplify our connection with a wider experience often fails. Our most enriching and successful exchanges are still one to one with each other. A pile of cables in a server farm is just as messy as the chaos of human existence. And this dichotomy provides a rich thread of humour that runs through this informative film like an internet cable.

It opens in a server farm in Cricova, Moldavia, where deft and blue-coated women operatives are seen silently pushing buttons and twisting wires, a picture of quintessential Soviet efficiency. We meet the field technicians – one is Oleg who works for Ukraine’s telephone monopoly – patiently going about their work in domestic environments where they are often greeted with bewildered and flummoxed customers who enrich the film with their illuminating social commentaries in Kyiv, Ukraine, Buzău County in Romania and the seaside resort of Tsavero in Bulgaria.

Please Hold The Line is not concerned with ‘digital natives’ but the elderly and those dependent on technology to stay in touch with the wider world, but also depressed by the often Kafkaesque nature of red tape involved. While the operatives work away quietly to restore their networks ( customers take centre stage to discuss their wider concerns about easy of connectivity. An Orthodox Russian priest shares his views on Genesis “in the beginning was the word” to enforce his feelings about our online world; housewives discuss their horror at the cheapening of life brought on by the internet, citing local murders of young women and babies. There is even a hiccoughing cat. MT