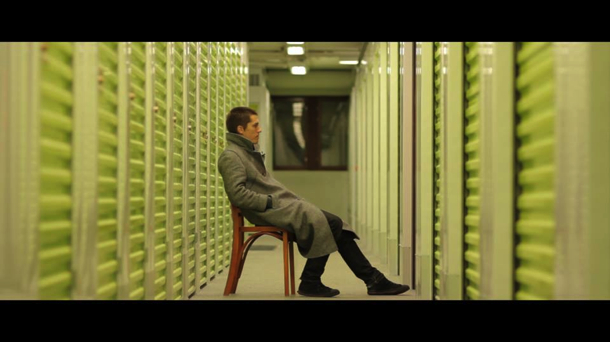 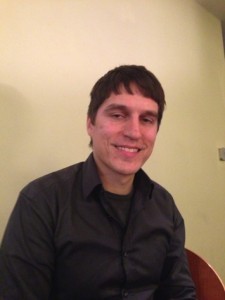 FILMUFORIA spoke to Finnish filmmaker Petri Luukkainen just before the UK Premiere of his documentary debut MY STUFF  at the 2nd NORDIC FILM FESTIVAL on December 3rd 2013.

Q. Petri what inspired you to make this film – it’s a documentary but feels very personal ?

PL: Well two months before I started, in October 2010, I was sitting in my home thinking I should do something about my life as I was unhappy with it and I started thinking I should transport some of my stuff (possessions) somewhere as I felt it was all weighing down – I was also doing this creative writing project so I decided to put my ideas down on paper so I could communicate them. Now when I look back I realise how unhappy I was and I think this ‘stuff’ was somehow connected to my unhappiness.

Q. Had you really split up with your girlfriend?

PL. Yes its’ll real – it wasn’t something I really thought about but it just started to come out and I wrote it down and showed it to my friend and we just started filming the next day with the scene I go to see the storage. Within a week my DoP started getting involved and it wasn’t scripted at all – it was an adventure.

Q: So nothing was planned?

PL No – everything just happened – I was lonely at the time and think I was projecting my bad feelings on to my staff and had been buying things to fill up some space in my soul – thinking that they would make me happy. So filming gradually took place over the space of a year. At the time, I didn’t even have a picture on Facebook and had never been in front of the camera. We were not bound by financing so the project just starting naturally so I could stop the film at any time if I felt bad about it or anybody else did. It became a story about my self and my staff.

Q You mention your staff – do you have a production company?

PL: Yes (www.unikino.fi) – it’s our own production company: the sound guy is my brother and my friend from school is the DoP so we didn’t have to present the idea as such – we basically had the cameras and the audio gear so it just went ahead – as an expression of my own feelings.

Q: How did you get into film?

Q I went to technical school when I was 15 – you study cameras and editing software and then I went into a company where I just started editing commercials and, by a weird coincidence, did my first commercial when I was 17 and stayed directing and editing commercials for many years.  I never went to film school or anything like that – I did apply but kept getting rejected and then bought a camera. At around 2002, people started uploading films on youtube – so I started to do a lot of small productions and ended up doing editing a documentary series and so on. 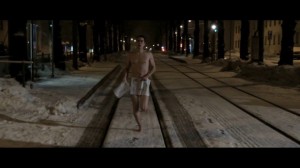 Q: What sort of camera did you use to shoot MY STUFF

PL: Well I’ve been using these DSLR cameras which have interesting lenses and the 60D which has a really nice quality – I used to use a Sony EX1 – documentary camera – when I made a video diary in about 2004 and I’ve used some of that footage put into MY STUFF– I found this diary lying around at home just three months before we locked the edit and the images worked perfectly in the film – the diary scene at the beginning for example. People thought I’d faked these because I had long hair but it was real but now when I look back on this it’s not something I feel proud of – I feel it’s been quite a selfish experience and quite sad really…

Q: So you felt embarrassed by these feelings?

PL: Well I’m naked in the poster but actually it was quite liberating now I look back – I don’t actually think about it too much nowadays – it’s easier to talk because I’ve gone through it but sometimes I felt embarrassed..the film is really a love story in the end…but if I’d been honest with myself back then I wouldn’t have made the film..but it’s made more conscious of what I don’t need in my life and about our impact on the environment with possessions.

Q: Tell me about the humour in the film, because the Finnish sense of humour is quite special- how are you seen by the other Nordic countries?

PL: I think it’s the way we communicate because we understand the humour ourselves – it based on irony and it’s built on sadness but also it comes from the size of the country and the distances – Finlands’s very rural and when people came back from the War (WWII) nobody spoke so there was a culture of silence and I think it comes out of that culture of silence.  Finland has been through quite a lot…like other countries 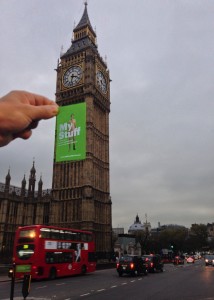 Q: The humour is quite different from Swedish humour and from Danish humour…

PL: Most Finns feel that Swedes are so happy and so outgoing and the same goes for the Norwegians..

Q: And the Danes?

PL (laughing) they just talk funny! Nobody can understand what they’re talking about! There’s a language with our language..that we all understand

Q: Which directors have influenced you the most?

PL: I watch a lot of films and if I nail down a the films that have influenced this particular film i think it’s John Webster – he made this recipe for disaster – Supersize Me – which kind of relates to this film.  When I was a teenager I watched Fight Club – I’ve seen it 200 times or something – when I look at it again over the years, it still intrigues me.  I like Darren Aronovsky, I like stories about metamorphosis or identity.

Q: Any ideas about making a feature?

PL: I don’t feel I’m there yet – I think MY STUFF saw me growing as a human being and a creator and learning how to express my ideas.  At the moment I don’t feel I’ve got something to give actors or the audience as a storyteller though or film-wise. I feel documentaries and features are just a different way of organising and expressing your creativity  – I don’t separate them so much..

PL: This whole process has been quite heavy emotionally and the editing process over the last couple of years has been demanding of me as the doc went into cinemas in Finland immediately.  Now I feel ready to start a new creative process and I’ve started work on another documentary – I’m not in it this time but I can’t talk about it yet but it’s a totally different approach – it’s not this a ‘fly on the wall’ approach’, this time I’m not inviting the audience into my life or being a protagonist/director – now I want to explore how the protagonist communicates with the audience in documentary film – what does it all mean?  Really I’m still learning and trying to understand from the experiences of making MY STUFF, and why I chose that style of directing, as the protagonist.

Q: What’s it like working with professional actors as apposed to non-actors or protagonists  – as in documentaries?.

PL: Well with actors you’re co-creating and you can be more demanding – but with protagonists in documentaries, they’re feeding you material and you can’t demand of them in the same way as with professional actors although you’re still co-creating.  With the actors you can share more and collaborate, but you can also be blunt. It’s difficult to do this with a protagonist (in a documentary) – you have to be more responsible because you’re essentially intruding into their life and reflecting their input so you can’t make them look like an idiot. you have to respect their views and point of view because you’re dealing with reality and they have some sense already of their own life, which you have to be careful with.

Q: Thank you Petri, so when do you have to fly back to Helsinki?

PL: Well I’m going back by train in a effort to cut down on air pollution!

Q: Well done! MY STUFF has obviously made a big impact on your life and good luck with the film