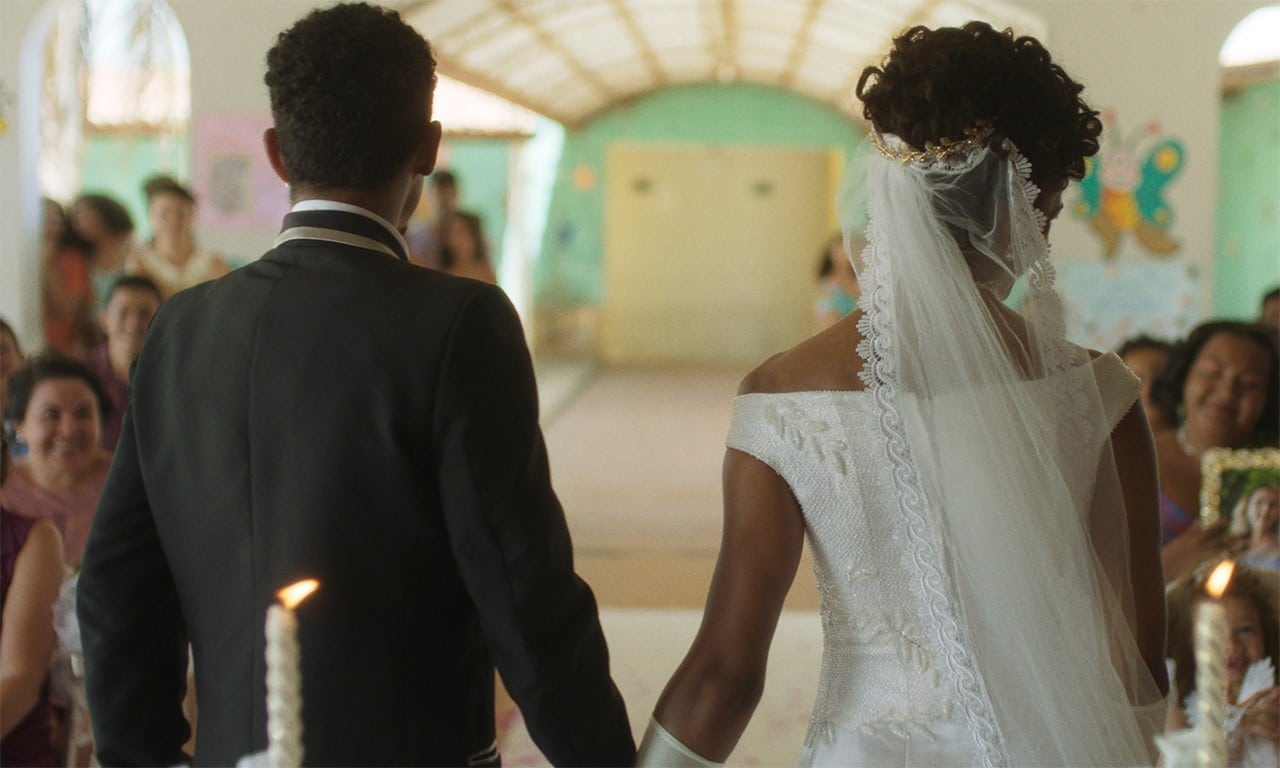 Brazilian director/co-writer Marcelo Gomes (Waiting for the Carnival) combines the classical South American melodrama with a modern twist: In a remote village best known as Brazil’s capital of jeans, Paloma, a transgender woman with a daughter, wants to marry the love of her life in church. The tension finally erupts from all directions.

Paloma (Sena) works as a hairdresser and harvest mangoes the nearby fields. José (‘Ze’) (Rice) is very much in love with his motorcycle, but his commitment to Paloma is sometimes shaky. He tries to talk her out of wanting to marry in church but Paloma asks the local priest to perform the marriage ceremony. Jose is adamant that only the Pope can change the rules around church marriages where only a man and woman can be united in holy matrimony.

But Paloma’s not for turning and digs her heels in with a letter to the Pope, expecting a positive answer. When the priest reads the pontiff’s reply giving Paloma the bum’s rush, Paloma indulges in a one-night-stand with Ivanzilo, the driver who ferries the workers from the village to the mango fields.

Meeting up with old friends in the town of Saloa, one of them, Rikely, reminds Paloma of the wild times they used to have. Despite varies setback Paloma doesn’t lose sight of her goal and soon the local media gets hold of the story, causing more drama.

DoP Pierre De Kerchove creates vibrant images on the widescreen and in intimate closeup, the sex scenes are provocative and despite the darkness they have a poetic quality. Kika Sena’s Paloma is a brilliant portrait of a vulnerable person taking on the whole community while bringing up a child in challenging circumstances.

There is a very subtle scene featuring casual racism at a hotel swimming pool and Gomes never lets up: Paloma is always on the move, trying to fix problems – but never forgetting the dream of a church wedding. Few features have packed in so many diverse conflicts in a running time of just over a hundred minutes. Passionate and emotionally charged, Paloma is an ambiguous heroine, who wants all what heaven allows – and more. AS