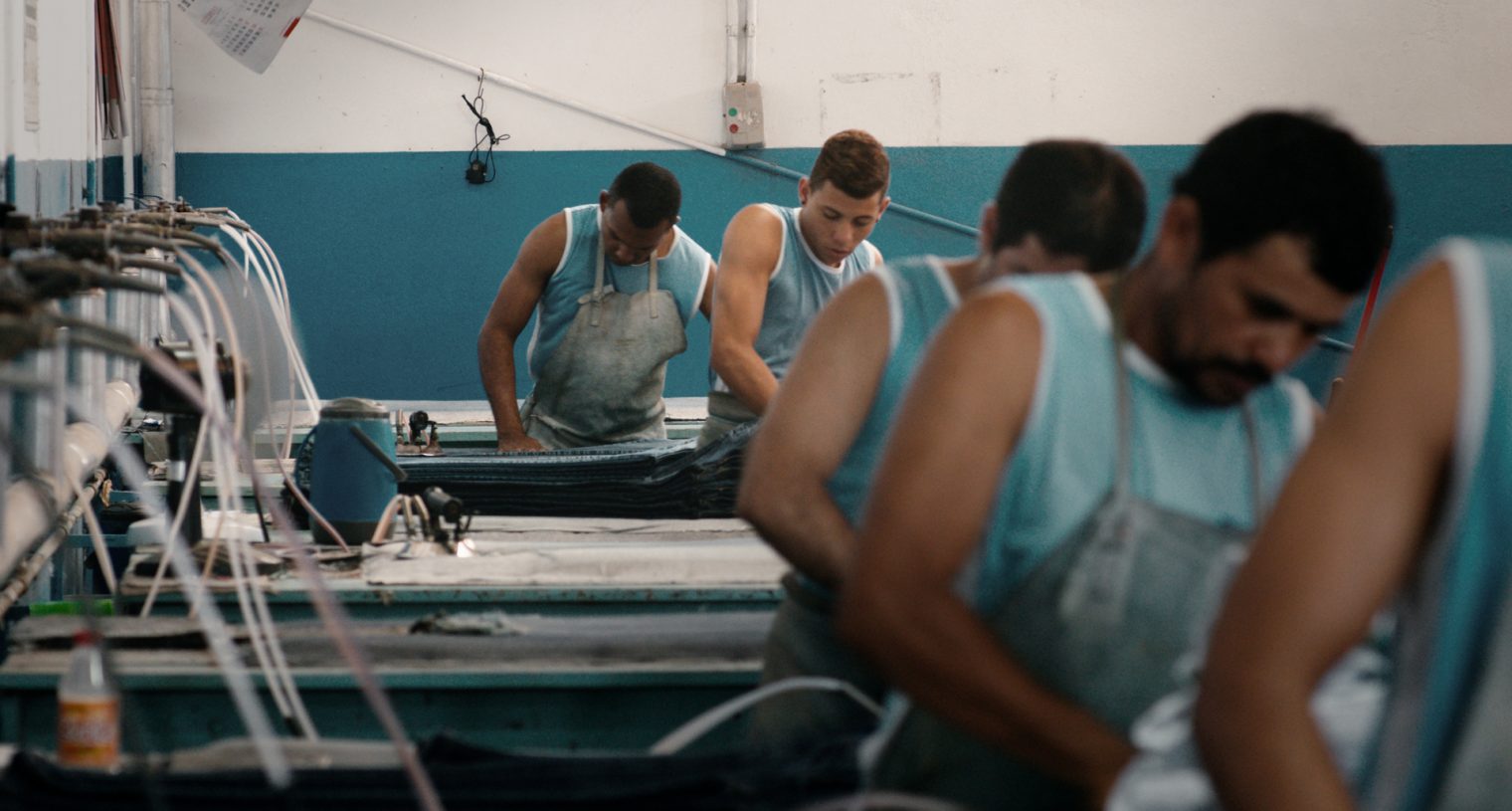 Writer/director Marcelo Gomes has studied in the UK and his – mostly documentary – features show the influence of Mike Leigh and Ken Loach. In contrast to his last Berlinale film Joaquim which explored Brazil’s national hero, Waiting for the Carnival, is a personal journey into his past: His father, a tax collector travelled with young Marcelo in the north eastern Agreste region of Brazil: poor and dominated by agriculture. Father and son spent many days in the sleepy town of Toritama, where “people were waiting for time to go by”.

Today Toritama is the “Jeans Capital” of Brazil. Twenty million pair of jeans, or twenty percent of the national output are produced in this town of 40 000 inhabitants. Apart from the big factories, local workers have founded their own ‘factiones’, where the owners have taken neo-liberalism to heart: they work round the clock – from six a.m. to ten p.m. with generous meal breaks. They all own their own machines, producing up to 1500 jeans a day. Often, family members help,  even the children. For example, you get paid $1,000 to sew zips into the fabric. A far cry from the pay structure Marcelo’s father was used to half a century ago, when local workers earned a mere three to four US$ a week, working on the land, dominated by sugar cane, or pulling out tree stumps, as one elderly worker remembers.

When Gomes challenges the workers mildly for ‘self exploitation’, he is sternly rebuffed: “There are people in Africa starving to death”. Nobody starves to death in Toritama today – flat screen TVs and fridges are part of every household. Huge advertising boards proclaim the industry’s dominance, but not everyone is happy with the way things are. Pedro is building a house for his friend. As a reward, he will have a work place in the ‘factione’ to be established in the new building. But Pedro misses spirituality, he dreams of becoming a prophet, but is resigned to the fact that he won’t reach his goal, largely due to alcohol. Meanwhile, an old goat herd still lives the life Gomes experienced as a child. The man is adamant that the younger generation have sacrificed everything for consumer good. He reminds the director of times gone by, when the pavements were full of people in their rocking chairs – today the same pavement is used to clean the threads. Young women model jeans, and then there is “Gold Man”, a jeans manufacturer, who produces ‘luxury’ jeans, costing exorbitant amounts of money.

But when the Carnival arrives it’s a different story. Everyone who can, sells their TVs and fridges, to spend a week at the beach. Then Gomes is left alone in the city, as peaceful as he remembers it in the past. His father called Toritama “land of happiness” – and for one week a year that’s how it is. Afterwards everything is geared to “365 days to Carnival time”.

Pedro Andrade , Gomes shows a clash of two different cultures divided by half a century –  held together by the yearly festivities. The director might not like the new way of life, but it is here to stay – until something new comes to town. As