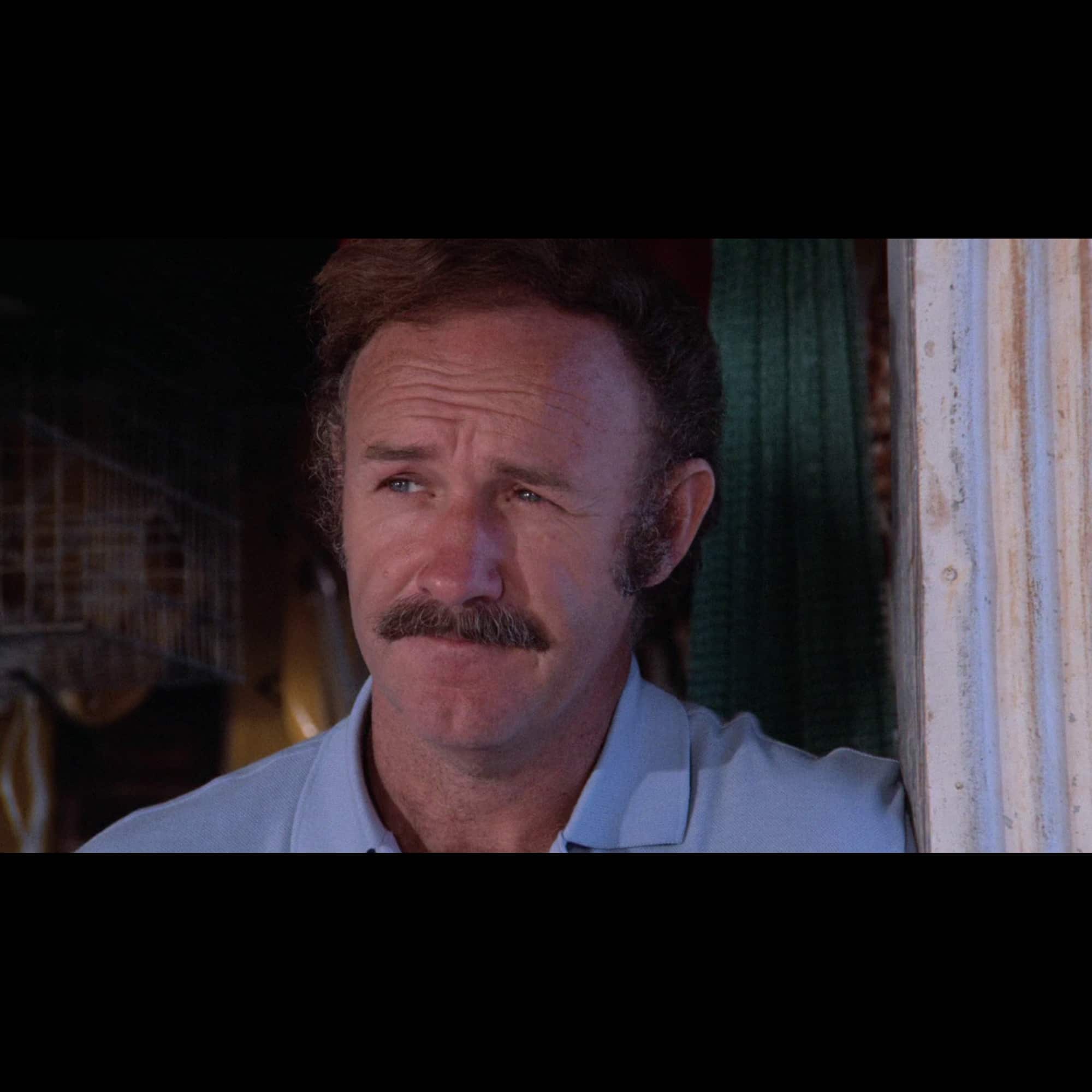 Filming on Night Moves was completed in 1973 right in the middle of the Watergate scandal but its release was held back until 1975. This was probably because the film’s tone of despair echoed the country’s political disenchantment. Dialogue such as this wouldn’t have helped it at the box office: Paula: Where were you when Kennedy got shot? Harry: Which Kennedy? Paula: Any Kennedy.

Night Moves’ sinuous storyline didn’t make for an easy film for Warner Brothers to promote. Certainly Alan Sharp’s screenplay is a dense and entwined narrative. The film’s noirish plot about smuggled Asian art treasures, killings and small plane crashes is made subservient to a riveting study of character: the script’s depiction of loneliness, uncertainty and failure was undoubtedly what really attracted Arthur Penn to direct, more than who did what to whom.

Night Moves is an unusual production, as the mantle of noir is questioned and almost abandoned. It turns into a bleak road map for the private investigator, disturbed by a moral murkiness, that no longer allows for a comfortable resolution to a crime. Criminal intent is blurred with human frailty and responsibility. 1973 was also the year of Robert Altman’s The Long Goodbye in which Eliot Gould’s portrayal of Philip Marlowe shunted the private eye into irreverence, parody and even de-construction.

If Night Moves’s investigator Harry (Gene Hackman on great form) doubts the meaning and purpose of his work, whilst struggling with a troubled marriage, he still wishes to enjoy the process of detecting, whereas his contemporary Marlowe strides blithely and disengaged through dangerous and increasingly absurd situations. Harry Moseby is still hanging on to the fact that he does want real answers. Yet Philip Marlowe is tired of asking the questions and now plays along with a crazy game.

There are two scenes that are so quintessentially Arthur Penn in illustrating his brilliance at the editing of an action sequence and a great tenderness and empathy for the soul of his characters. Rather than reveal the action/suspense – for the crucial violence is for the most part held back to implode in Night Moves’ still shocking climax – let’s dwell on the intimacy of the film and in particular the bedroom scene between Harry and his wife Ellen (Susan Clark).

It’s a moment that beautifully settles on Harry’s tracking down of information: not simply about the missing girl case, but on his own family. Ellen knows that as a boy Harry was left by his parents and brought up by his relations. She calls him the ace sleuth, the all American detective who did discover his parents. When questioned about his father, Harry tells Ellen: “…this old guy sitting reading the funny pages out of the paper, and his lips were making the words and I just stood there and watched him and walked away.” Ellen: “Why did you never tell me?” Harry: “It wasn’t something I was too proud of. To stand six feet away from your own father and then walk away.”

Penn’s enormous sympathy for people struggling for truth and self-knowledge (An investigation more difficult than detective work) is beautifully on show here in what is one of the greatest scenes in Penn’s films. For me it’s remarkably affecting: a heart of the matter episode that is also equally, if not so intensely, signalled in many scenes with other characters. Night Moves movingly describes people who try and fail to communicate their real needs or live long enough (Young Delly’s murdered in a tampered stuntman car crash) to move forward with maturity and insight.

The despair of Night Moves is not simply one of working out the tropes of noir (An acute visual pessimism of setting and underhand motivations) but a reflection on the loneliness of the self. Penn was always a very European-influenced filmmaker (Bonnie and Clyde exults in his love of the French New Wave). Emotionally he was closer to the passion of an Ingmar Bergman (Of whom Penn was a great admirer) than the cynicism of Hitchcock. No surprise then that a character, early on in Night Moves, talks about going to see Eric Rohmer’s My Night with Maud (A film where a couple spend a chaste night in part-philosophic conversation).

Night Moves was negatively described by one critic as a suspense-less thriller. Yet attend to the suspense of its relationships, over the plot, and the film grips and haunts, so that when the violence is eventually delivered it manages to feel horribly futile and inevitable, though never cathartic. The superb Night Moves is one of the finest, most melancholy and tragic American films of the 1970s. Deeply humane and compassionate and not quite the neo-noir journey we were expecting. © ALAN PRICE