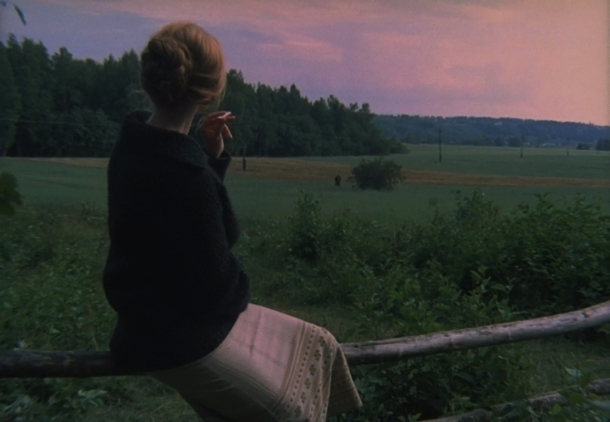 MIRROR is a stream-of-consciousness, totally without any narrative. The narrator, on his deathbed, looks back on his life. The only structure is the time-setting: pre-war, war and post-war. Mirror is the best example of the director’s  “sculpting in time” approach to filmmaking: images and sound (in this case classical music) melt into a memory lane in which the time frames are interchangeable. Sometimes the film is labelled as metaphysical and it is hardly surprising that the USSR censors even tried to ban any export of the film, helping to make it into a legend.

CURRENTLY IN RETROSPECTIVE AT THE ICA LONDON JANUARY 2018