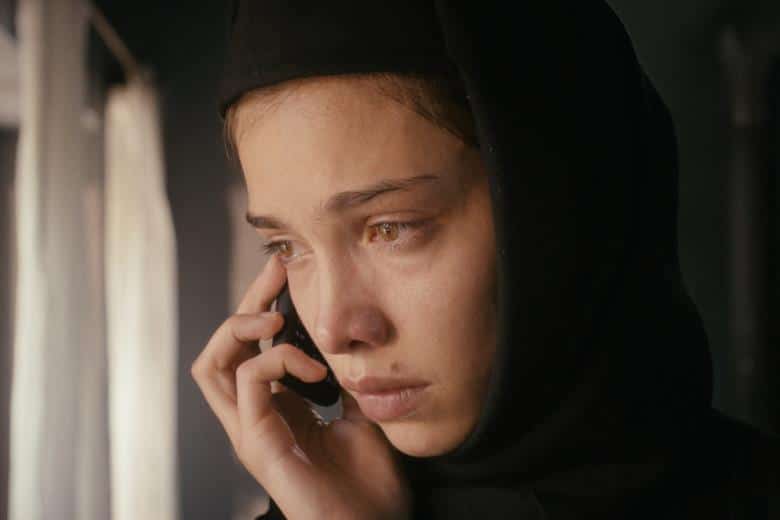 Bogdan George Petri follows his sweaty murder story Unindentified, with another discursive crime drama wrapped round the case of a young novice who goes missing from her convent in the Northern Romanian countryside.

19-year old Cristina (Bugarin) is fiercely committed to becoming a nun, but judging from her tears in the opening scene the trial period is not going to plan and early one morning she secretly leaves her cloistered confines heading for the local hospital.

The taxi ride with another passenger, a doctor, offers a taste of Romanian humour allowing Petri to share his pithy views on spirituality, the music of folk singer Gica Petrescu, the state of the nation in general, a theme that will crop up again and again throughout this thorny tale that soon becomes a seething crime investigation. On the way back to the convent after her tests Cristina takes another taxi, but she will never reach her destination

Apetri’s skilful direction includes a quietly devastating scene where the camera swings full circle around a vicious crime unfolding deep in the woods. The victim’s awful cries compete with a howling wind gusting through the trees, a pair of cattle ranchers riding by emphasising the remoteness of the location, and leaving us desperate to know the outcome from their sole witness perspective.

The police procedural is headed by inspector Marius Preda (Parvu) who brusquely cuts to the chase in his hunt for the perpetrator who will soon be have to be eleased from custody. Investigations at the convent prove inconclusive, the nuns are unwilling to cooperate in their desire for privacy, echoing Cristian Mungiu’s convent drama Beyond the Hills.

Ioana Bugarin is vulnerable yet determined as the novice at the heart of this tightly coiled mystery that sees the desperate detective committing a series of serious misjudgements. And as he races against time to convict the suspect a strange modern miracle occurs before his eyes. MT