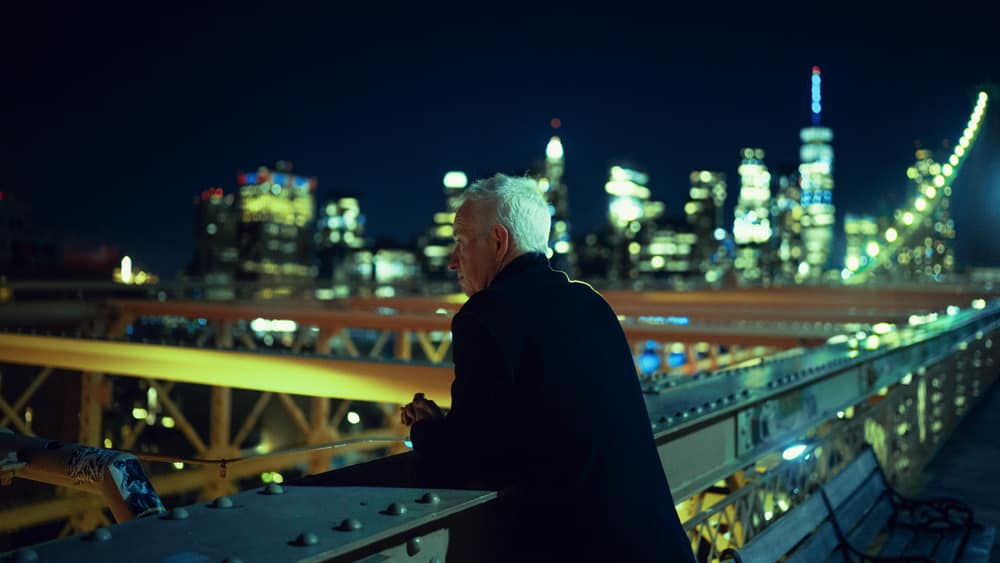 This new documentary about sporting (anti)hero John McEnroe overcomes the limitations of the genre in the same way as breakout hits Senna and Amy. US Writer/director Barney Douglas certainly mines the incendiary potential of his subject matter tennis icon John McEnroe (*1959) who never needs an excuse for his tirades and tantrums on and off court. Old age eventually mellows the star of Centre Court, after 37 psychiatrists, cocaine and countless affairs failed to do so.

John McEnroe won his first Grand Slam at the US Open in New York in 1979, age twenty, by defeating fellow New Yorker and best friend Vitus Gerulaitis; only five years later he would win his last and seventh Grand Slam title on the same ground, beating Ivan Lendl. He retired in 1992 from playing singles, but the question is: what happened in the intervening eight years.

The answer is not an easy one, even though McEnroe confesses: “I may be slightly on the spectrum”. Yes, he was one of the many high-functioning autism cases, always looking for perfection – for himself and others. And when both fell short, he exploded. But there is more to it: namely his relationship with his father John Patrick senior, who was for a long time his manager. When McEnroe junior wanted (needed) a father more than a manager, however successful, he sacked him, creating a lifelong rift. John senior was one of many fathers of his generation who proclaimed truthfully to love their offspring – but were totally unable to show it. Towards the end this father vs son struggle became bitter, with John junior blaming his father for the early death of his mother Katherine (of cancer in 2017); death also claiming her husband in the same year.

John’s marriage with Tatum O’Neal (1986-1994) did not help either – John was not prepared to take second place when it came to their media attention. Gaining custody of the three children from the marriage, his daughter sided with her mother. His 1997 marriage to vocalist Patty Smyth is more peaceful and produced two daughters, Ann and Ava, who also contribute their version of their father’s troubled existence. Björn Borg, who became a close friend after both men retired, and Billie Jean King, tell the story from a sporting point of view. After his retirement in 1992, John pursued the career of a musician, something he had planned with Gerulaitis, who died of carbon-monoxide poising at the age of forty, leaving a big hole in John’s life.

At the end of the day, there are many reasons why John McEnroe did not achieve the long lasting success of Federer, Nadal or Djokovic, who all are still winning at the wrong end of thirty: so far 20+ single titles. Even Pete Sampras has doubled John McEnroe’s record with fourteen grand slams titles; McEnroe not even ranking among the first fifteen of the all time Winners’ List.

DoP Lucas Tucknott really excels in the nighttime visuals in Queens where McEnroe stalks his old stamping grounds, asking and answering some of the questions that still haunt him. Rather like the ‘Flying Dutchman’  he will never really find a peaceful harbour from life’s emotional trials. McENROE, very much an American tragedy: gruelling competition, failed parenthood and the loneliness of a life so long without any real emotional awareness. “My greatest failing – my lack of empathy”, he confesses in the dark shadows of Queens.AS