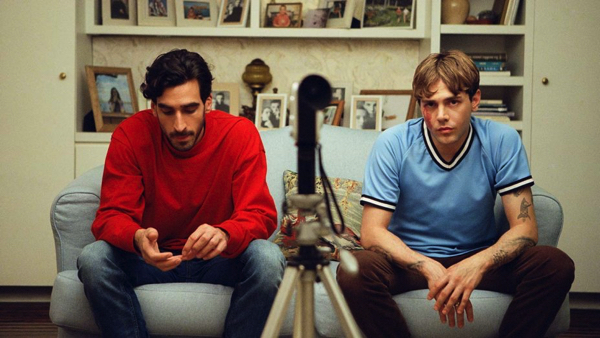 French-Canadian director Xavier Dolan directed his first film in 2009 at the age of just 20. He was back at Cannes this year with a coming of drama, set again in Montreal where a young man at the cusp of his working life is stuck at home looking after his abusive addict of a mother. He also has a facial blemish that saps his confidence. At a friend’s garrulous get-together Matthew finds himself play-acting a gay role with a young lawyer Matthias (Gabriel D’Almeida Freitas), who is in a committed relationship and a settled career, albeit a boring one. Sparks fly. Although the two have met before in their childhood, clearly things have moved on and the chemistry between them is now palpable. But the path to love never runs smoothly.

The camerawork is all close up and personal. And in common with Dolan’s dialogue-heavy previous films (It’s only the End of the World) there is that shouty, rowdy restless vibe that some might find objectionable while to others  this tender playfulness will be intoxicating. The performances are strong and convincing across the board and genuinely heartfelt, and once again Dolan is in the thick of it all – as Maxime. MT