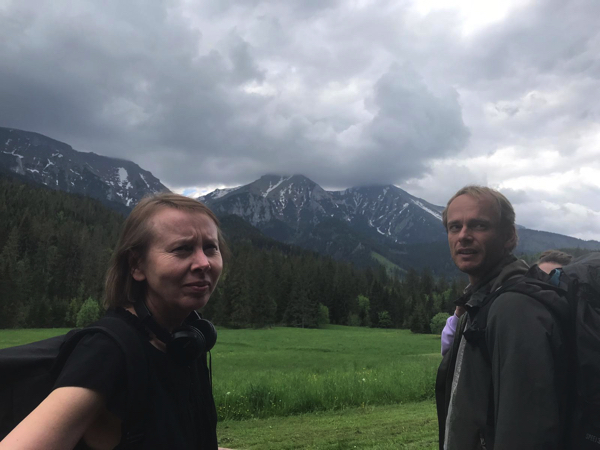 Poland’s Urzula Antoniak follows her enigmatic displacement drama Beyond Words with another spare and haunting psychological thriller that relies on magnificent mountain settings, evocative lighting and intense atmosphere to explore the complex aftermath of love and longing for a couple whose relationship lies in tatters.

Dutch actors Thomas Ryckewaert and Hannah Hoekstra play Lex and Hannah, still on speaking terms despite their recent break-up, instigated by Hannah for reasons unknown. In order to lay his own emotional demons to rest, Lex makes the unusual request of asking Hannah to join him in a final climbing holiday, led by Voytek (the Polish actor Marcin Dorocinski (Anthropoid, 2016) whose unsettling presence lends a sinister vibe to this doomed emotional exploration fraught with vertiginous moments of its own.

Quite why Hannah decides to continue on this challenging odyssey is anyone’s guess. But mesmerised by Voytek’s mysterious allure and Lex’s ambivalent motivations, she presses on increasingly disturbed by her strange companions and the dizzying surroundings. Magic Mountains is a simple but effective metaphor for our troubling times. Antoniak’s enigmatic storyline and Lennert Hillege’s atmospheric visuals provide the needling tension fuelling this complex mood piece that takes us to the unknown reaches of the human mind with a  devastating finale. MT