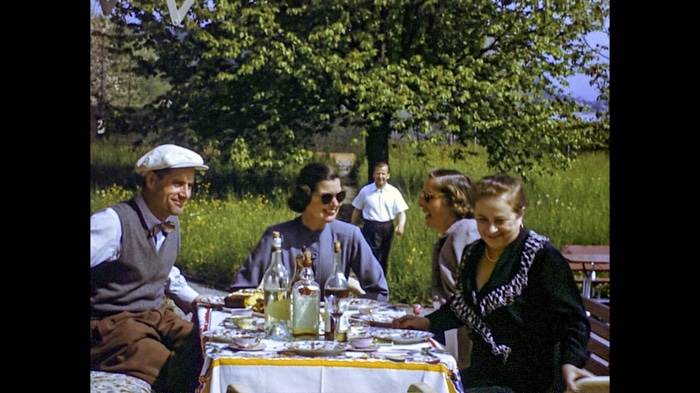 The 10th Spring Weekend of the London Spanish Film Festival is back full of energy and positive vibes setting the mood for an exciting 17th edition in September.

You’ll find the latest film by veteran Fernando Trueba, three decent debuts from women filmmakers, a hopeful and moving reflexion on what life is and a special screening of the latest treat from Maestro Almodóvar.

Celia is an 11-year-old girl studying at a nun’s school in 1992. She’s a responsible student and a considerate daughter but the arrival of a new classmate will open a little window Celia is willing to look out from to discover about the outside world. Together with her group of friends she’ll give her first steps into adolescence and first-times even if that means confronting her mother and questioning everything that meant comfort and security. The film has won several awards among which Best Film, Best New Director, Best Cinematography and Best Original Screenplay Goya Awards.

Trueba’s latest film tells the story of Héctor Abad Gómez, one of Colombia’s most beloved national heroes, through the eyes of his son. He balances a nuanced portrait of Abad Gómez’s family life in Medellín and the harsh reality of the country in the turbulent 1970s and 1980s, in which corruption is common and the government cannot be criticised. Based on the book written by Abad Gómez’s son, Memories of My Father is a memorable work, a love story and the portrait of a man fighting for the basic human rights of his people: food, water and adequate shelter.

Jean Cocteau wrote The Human Voice in 1928 and, since then, many artists have staged or filmed their own vision of this woman’s dramatic moments after her lover of the last few years leaves her to get married with to another woman. Almodóvar’s stunning version brings to The Human Voice his sense of aesthetics, of rhythm and his peculiar, subtle sense of humour, making the pièce his own. Chameleonic Swinton, in what seems a wonderful and perfect tuning with Almodóvar, captures the essence of his style bringing to it some delightful British exquisiteness. A must.

The film will be followed by a 40 min video-Q&A with Pedro Almodóvar and Tilda Swinton with Mark Kermode. It will be preceded by a video-presentation by Prof. Maria Delgado

Lis is a teenager whose dream is to become a circus artist and go traveling. While she knows she’ll have to confront her parents and fight for it, she spends the summer playing around with her friends and with her boyfriend, a few years older than herself and the relationship with whom she tries to keep hidden from the constant gossip of the neighbours. Lucia Alemany’s impressive first feature film is a fresh coming-of-age story that captures perfectly the rural and festive mood without losing any realism nor honesty.

Giménez’s debut film offers, through archive footage of home made movies, a glimpse into the life of a wealthy European couple, Léon and Vivian Barrett, after WW2 and up to the 1960s. The quality of the footage is superb and is accompanied by text from Vivian’s diary offering details of their lives, her thoughts, gossip… Mesmerising and compelling, this is a clever work of direction and of editing by Giménez, and has won her, among others, the Found Footage Award at the Internation Film Festival of Rotterdam last year.

When María and Verónica end up meeting and sharing a hospital room in Belgium, the only thing they have in common is that they are Spaniards who came to work to this country with the hope to find more opportunities than back at home. Slowly a bond grows between them and one of them will start a journey to Almería, where the roots of the other are, initially to meet her family, finally to discover principles beyond those on which she had based her whole life. The film is poignant in his humble and intimate approach. The subtly nuanced acting of Petra Martínez in the lead role as a woman pushing herself out of the boundaries of the role in which she felt confined, adds emotion to this wonderful film.