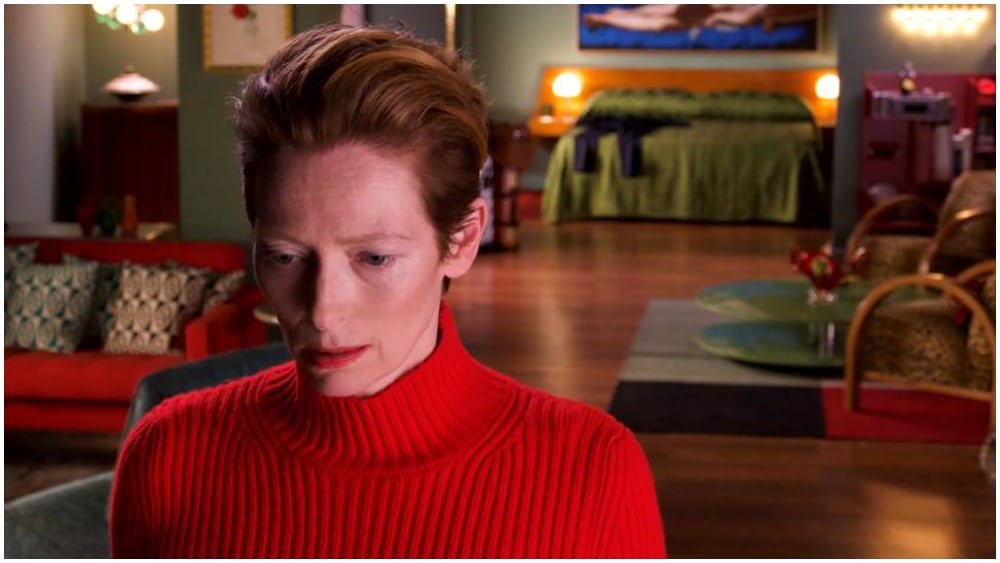 This one-hander is a loose take of the original 1930 stage play by Jean Cocteau, which was itself adapted in 1948 by Roberto Rossellini for Anna Magnani

Pedro Almodóvar’s first outing in English premiered last year at Venice and is now on general release. It’s a play that’s ideally suited to an Intimate collaboration between actor and director – not to mention a beautifully behaved dog – and Swinton and Almodovar work together. There is also Ted Kotcheff’s 1966 version starring Ingrid Bergman, and no doubt there will be others to look forward to.

A graceful and imposing Tilda Swinton is ‘the voice’ in question here, a jilted woman suppressing discretely controlled but mounting histrionics as she glides exquisitely around her chic city apartment all dolled up in bright red Balenciaga and various other stylish accoutrements – and welding an axe, the dog picking up on her anxiety.

She is hoping her lover will change his mind about their relationship, but there’s a masterful quality to Swinton’s performance: she is no moaning Minnie but a woman empowered by her pain and driven by a dignified sense of decorum. Powerful stuff. Alberto Iglesias composed the needling violin score. MT