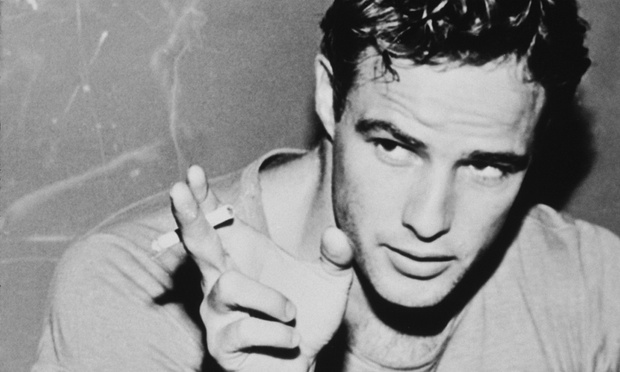 A shady enigmatic figure with a gruff exterior is how most of us remember Marlon Brando in his later years (1924-2004). But Steven Riley redresses the balance with this intoxicating documentary compiled from reams of Brando’s own audio tapes recording his innermost thoughts and streams of consciousness that expose the icon’s soul for all to appreciate. It’s unlikely that Marlon would approve of this exposé, commissioned by his own estate. That said, it serves as a remarkable tribute to the screen legend and, for the most part, manages to enhance his his profile rather than diminish it; a decade after his death.

The film opens with a spooky digitised 3D image of Marlon’s head that the actor created for posterity – rather like some people commission a bronze bust or painting. It sets the tone for the woozy narrative that seems to capture the essence of the Marlon, often drifting dreamlike through filmed footage, clips and photographs of this stunningly handsome screen idol with his velvety voice, ‘come to bed’ eyes and macho persona.

It tells how from an early age Marlon was close to his creatively driven mother but wary of his father; a travelling salesman who drank and beat his family. Marlon’s early influences came from acting superstar Stella Adler at New York’s, ‘New Schoo’l, a theatre and film training establishment run by talented, intellectual Jewish immigrés. Marlon drifted into acting because he had a talent for ‘lying’: he was the youngest actor to win an Oscar for On the Waterfront, which he felt was undeserved. He later boycotted his Oscar for The Godfather, sending an American Indian to receive it in protest for the portrayal of the US Native race in Hollywood. His looks and allure made him popular with women although he was a poor father figure to the children whose birth he acknowledged: his daughter Cheyenne Brando later committed suicide; his son Christopher killed her boyfriend. There were many others.

But this did not tarnish his earning ability and he was much sought after often commanding vast figures for his acting performances which later left him free to pursue his human rights patronage of Black and Native American causes. A deep thinker and an introvert who isolated himself in the Hollywood Hills and in his beloved Tahiti, LISTEN TO ME MARLON brings out his philosophical edge and his spiritual leanings. He also took his craft seriously, realising his gift was the making of him: “I arrived in New York with holes in my socks, and holes in my mind”. During his lifetime he formed close friendships with other realist actors such as Monty Clift, but on set he was never easy to direct and had contretemps with Trevor Howard during Mutiny on the Bounty and Francis Ford Coppola in Apocalypse Now.

Shot through with insights and musings about life and his acting, it emerges that Marlon never took his fame for granted but also yearned for a simpler existence in Tahiti: “A sanity and sense of reality is taken away from you by Success”. MT