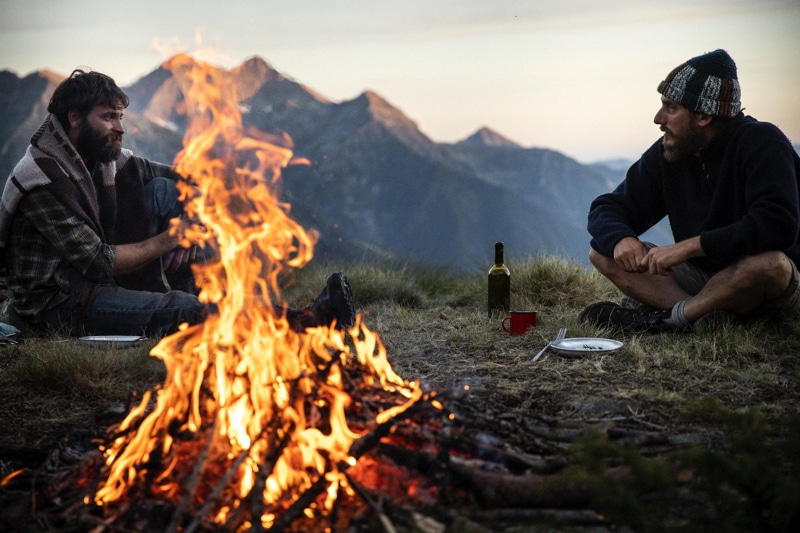 The Eight Mountains celebrates a lyrical connection with nature through the lifelong bond between two boys who grow up in a tiny mountain village in Italy, one a holidaymaker the other a permanent resident.

Felix Van Groeningen, best known for The Broken Circle Breakdown and his partner Charlotte Vandermeersch stick faithfully to Paolo Cognetti’s popular 2016 novel in a buddy movie that is gently appealing but fails to soar above its literary origins, and a narrative arc that ultimately lacks enough dramatic peaks and valleys to keep the audience engaged throughout its epic running time.

Luca Marinelli and Alessandro Borghi make for convincing chums who will stay tightly bound together through this early connection as they make their way in life from preteenagers in 1984 right through to their thirties. Pietro (Barbiero/Marinelli from Martin Eden) goes by the name of Berio, and is from a middle-class background – his mother a teacher, his father an engineer possibly at the Fiat factory in Turin. Bruno is a real ‘montanaro’ or mountain dweller – one of the remaining 14 inhabitants of their tiny village, his father has left for pastures new in the building industry leaving him with an uncle on the family smallholding where they make a living from dairy cows.

The mountains are a strong presence but never overwhelm this intimate character drama shot on 4:3 aspect ratio, with the psychogeography of the settings influencing the boys’ choices as they grow up: Glimpses of Pietro’s pokey family flat in rain-soaked Turin are the reason why he suffers early depression and is determined not to follow in his father’s footsteps. But Bruno can never imagine straying from his alpine home and the paths they both follow will ultimately lead to their their respective destinies.

Old friends always pick up where they left off, and Pietro and Bruno’s easy rapport is one of the triumphs of this drama that proceeds at a snail’s pace. A mountain trek provides one of the few moments of tension, when Pietro’s father Giovanni (Timi) attempts to lead the boys across a mountain crevasse. But a plan to finance Bruno’s education back to Turin never materialises and the two will not meet again for 15 years when Pietro inherits a ramshackle chalet high in the mountainside. The rebuilding project will once again cement their lowkey but solid relationship before Pietro becomes a published travel author in Nepal and Bruno attempts to run a mountain pasture business.

The Eight Mountains is a sombre drama weighed now by a droning occasional score of American folk music that occasionally hints at a much needed plot twist that never actually happens. The boys will both develop romantic attachments, but the joy here is in their brotherly tenderness that makes this mildly enjoyable along with the magnificent Alpine mountain-scapes seen through the changing seasons. MT